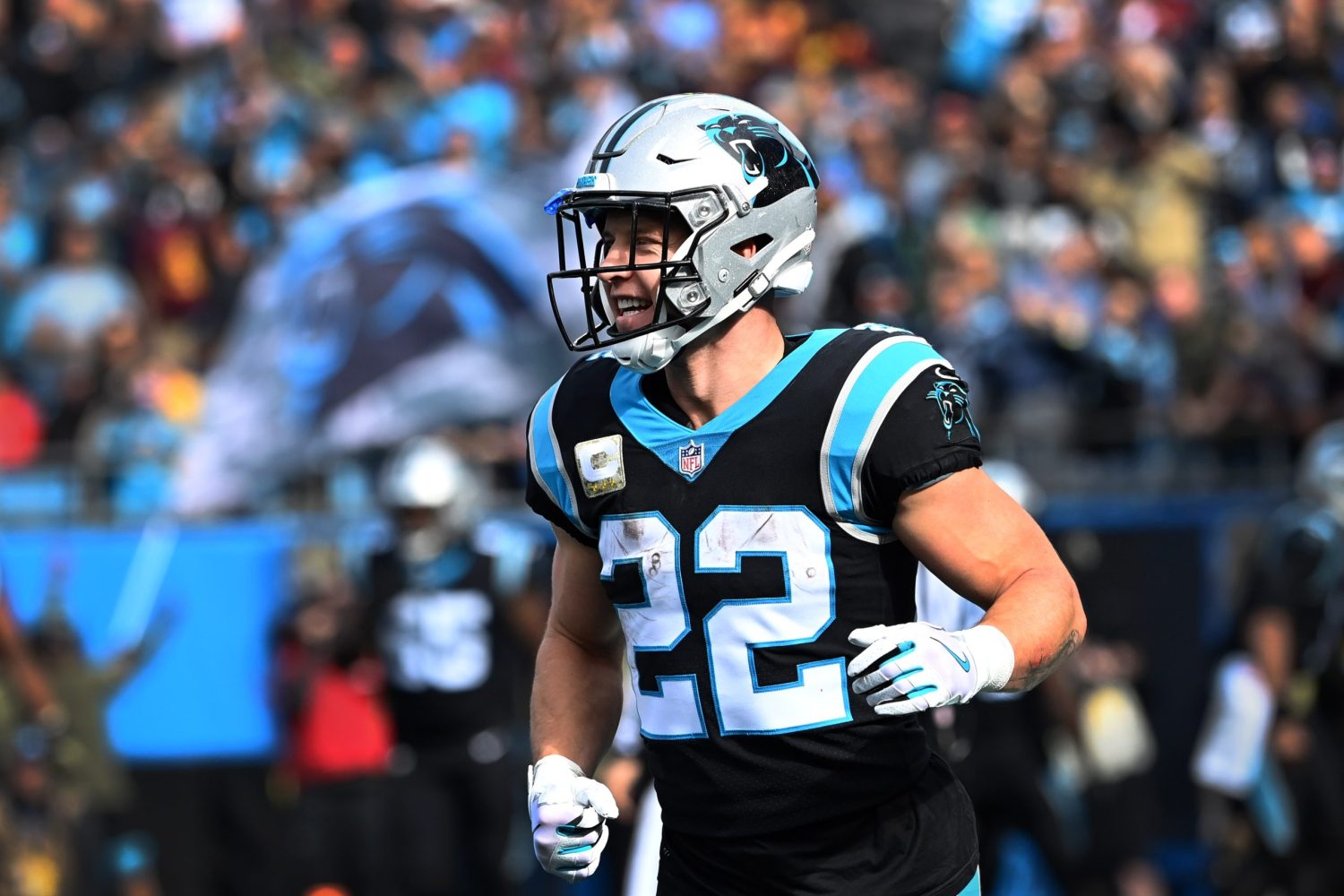 The Carolina Panthers reportedly would listen to trade offers for star running back Christian McCaffrey this coming offseason.

McCaffrey, 25, was the No. 8 overall pick in the 2017 NFL Draft and is one of the game’s most versatile offensive threats.

“The Panthers would listen to offers for McCaffrey, who’s one of the league’s most versatile players,” The Athletic’s Joseph Person wrote. “But it’s hard to imagine teams would give up much for a player who’s missed 23 of the past 33 games and still has $44 million left on his contract.”

McCaffrey’s last two seasons have been derailed by injury, as the running back has appeared in just 10 out of 32 regular season games. McCaffrey is also set to miss the Panthers’ Week 18 game, as he is on injured reserve.

When he’s on the field, there is not doubt that McCaffrey is one of the game’s most productive players.

In the 2019 season, McCaffrey ran for 1,387 yards and caught 116 passes for an additional 1,005 yards. The one-time Pro Bowler was averaging 4.5 yards per carry this season before injuries derailed his campaign.

While the Panthers may have interest in moving their star running back, it’s hard to see a team committing major assets to McCaffrey given his injury history.

There is no denying McCaffrey’s impact on Carolina when he is on the field, as the Panthers are just 1-8 this season when he is out of the lineup and 4-3 in the seven games that he played in.

It will be interesting to see if the market for McCaffrey heats up this coming offseason.