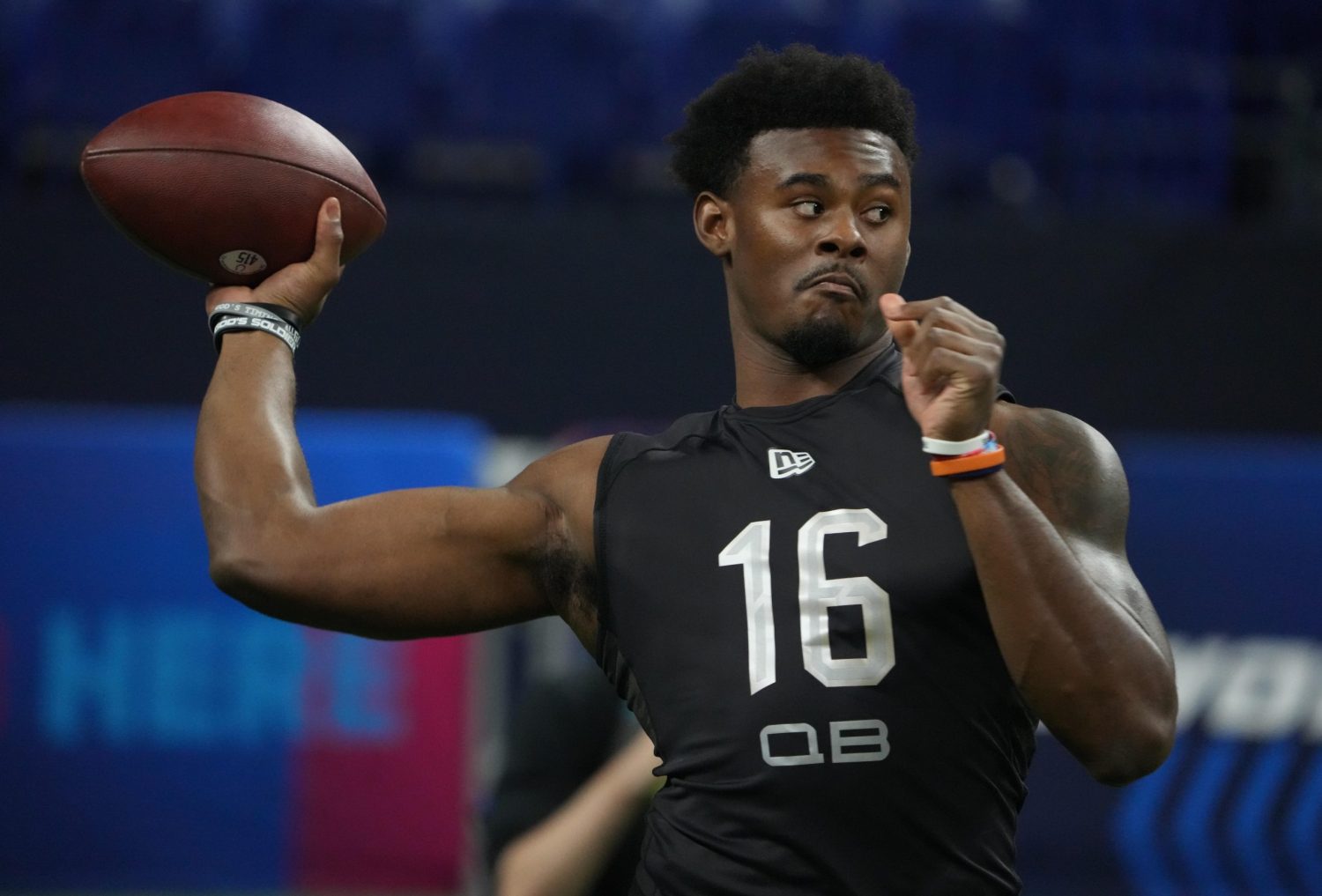 The 2022 NFL Draft is approaching, which means it’s an exciting time of the year for prospects who are looking to take the next step.

Malik Willis, a quarterback out of Liberty University, is certainly a player that will be drafted later this month. Some fans even think there’s a chance that he’ll be the first quarterback selected.

There are plenty of teams in the NFL that could use a special talent like Willis, and the youngster is reportedly set to visit a few of them next week. It sounds like the Atlanta Falcons, Carolina Panthers and Indianapolis Colts will all meet with the 22-year-old soon.

From NFL Now: Among the visits coming up for Liberty QB Malik Willis are the #Falcons, #Panthers and #Colts — all next week. pic.twitter.com/qEYhpJBykb

Willis is an exciting player, and the team that lands him will surely be excited. It’ll be fascinating to see how early he goes in the draft.

Willis played four seasons at the collegiate level. Two of them were at Auburn University, and the other two were at Liberty.

During his stint at Auburn, the quarterback saw very little playing time. However, he really made a name for himself at Liberty, putting together a pair of impressive campaigns.

Willis’ decision to transfer to Liberty definitely paid off for him, and as a result, he’s going to hear his name called at the 2022 NFL Draft. Time will tell which team ends up picking him.