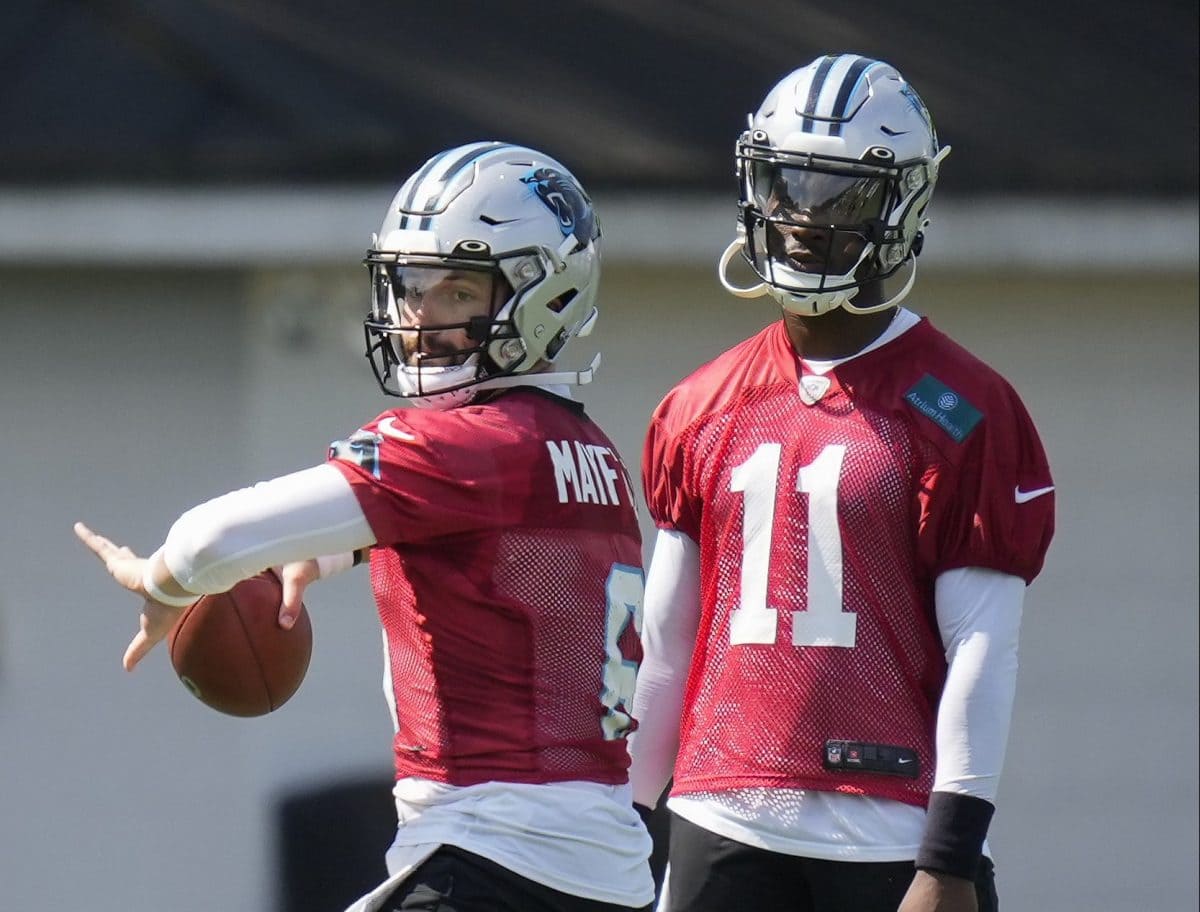 The Carolina Panthers reportedly could cut quarterback Baker Mayfield if P.J. Walker recovers from his rough game against the Cincinnati Bengals in Week 9.

Walker will get the start for Carolina on Thursday Night Football against the Atlanta Falcons, and ESPN’s David Newton reported that his play could lead to the end of Mayfield’s Panthers tenure.

“A personnel source said there’s also a chance the Panthers (2-7) release Mayfield in the coming weeks if Walker bounces back from Sunday’s outing — 3-of-10 passing for 9 yards, two interceptions and a 0.0 passer rating in the first half before being benched for Mayfield — against Atlanta (4-5),” Newton wrote. “Or even if Walker doesn’t bounce back.”

The Panthers traded for Mayfield this past offseason to join a quarterback room that consisted of Walker, Sam Darnold and rookie Matt Corral.

The Panthers lost Corral for the season to a foot injury, and Darnold started the 2022 campaign on injured reserve because of an ankle injury. That left the team with Walker and Mayfield entering the regular season.

Mayfield won the starting job, but he struggled early in the season and dealt with an injury. The Panthers later fired head coach Matt Rhule, and interim head coach Steve Wilks has stuck with Walker as the team’s starter.

Walker has made four starts this season, leading the Panthers to a 1-3 record in those games. In the 2022 season, he has completed 58.9 percent of his passes for 623 yards, three touchdowns and three interceptions.

While he did struggle against Cincinnati, Walker was terrific in the team’s Week 7 upset win over the Tampa Bay Buccaneers, completing 16 of his 22 pass attempts and throwing two touchdowns.

The team is hoping he can bounce back against Atlanta, and if he does, Mayfield could be on his way out.

Mayfield, a former No. 1 overall pick, threw two scores against the Bengals last week. However, he’s still thrown for just six touchdowns and four interceptions on the season while completing a career-worst 56.6 percent of his passes.

With Mayfield’s contract up at the end of the 2022 season, the Panthers don’t appear to be interested in keeping him beyond this season.

Carolina may want to get a closer look at Walker and Darnold to end the 2022 campaign before turning its focus to the quarterbacks in the 2023 NFL Draft.

At just 2-7, the Panthers should be in line for a high draft pick this coming offseason. It makes sense that the team would want to start fresh, with a new coach likely coming as well after Rhule was let go.