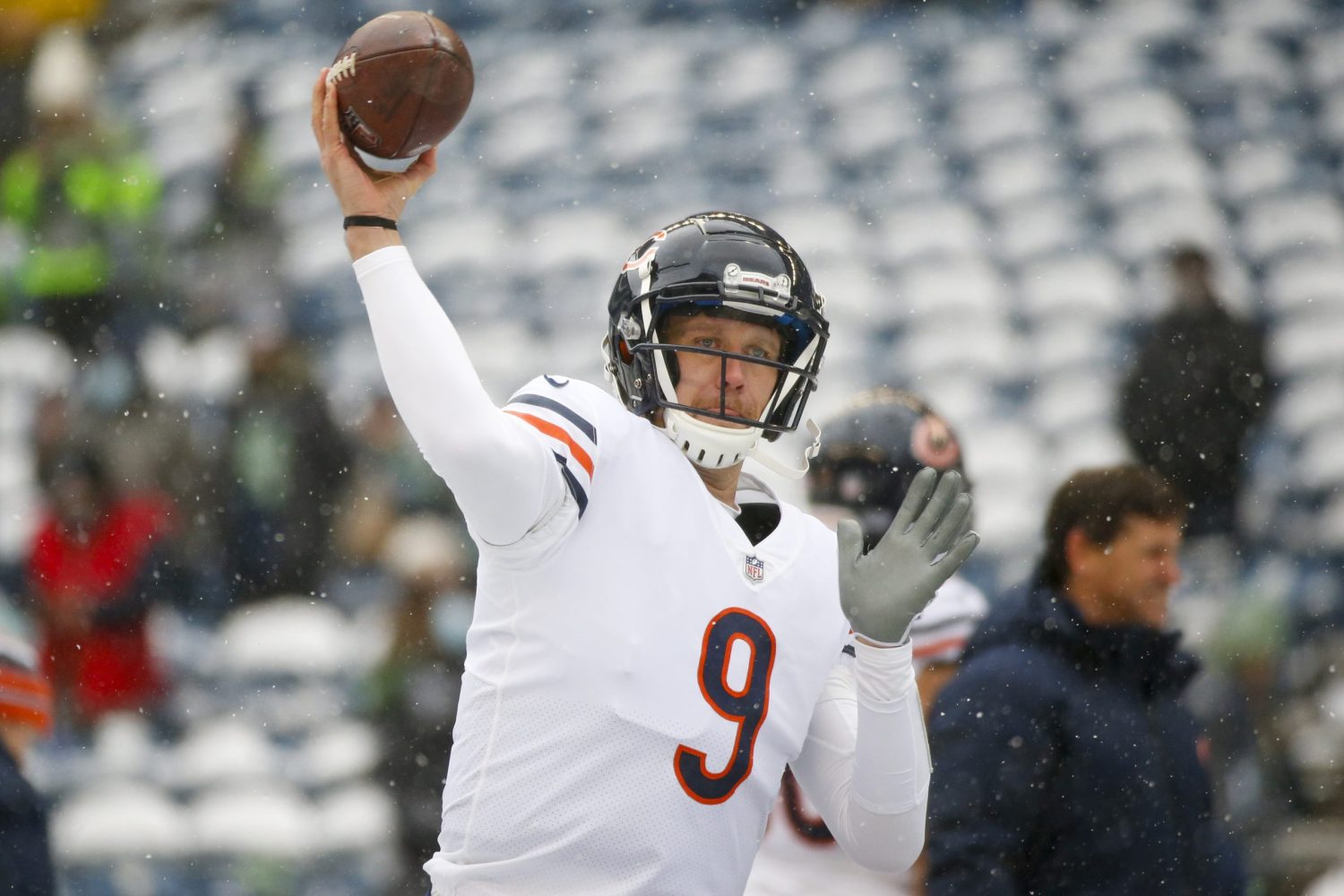 Chicago recently agreed to a two-year deal with Trevor Siemian, who will likely be young quarterback Justin Fields’ backup during the 2022 season. That would leave Foles as the odd man out in the Bears’ quarterback room.

The #Bears have explored trades for Nick Foles. With the addition of Siemian, expect that to continue, as the writing is on the wall for Foles, who has $1m of his base salary guaranteed in addition to the $4m roster bonus Chicago just paid him this month. https://t.co/IFVJ90HjR1

Foles, who won a Super Bowl with the Philadelphia Eagles in the 2017 season, could be a serviceable backup for the right team in 2022.

Last season, the one-time Pro Bowler made one start for the Bears. He completed 24 of his 35 passes for 250 yards and one touchdown. He threw zero interceptions.

Chicago traded for Foles prior to the 2020 regular season, and he made seven starts for the team during the ensuing campaign, compiling a 2-5 record. For his career, Foles has made 56 starts and put together a 29-27 record. He’s thrown for 14,003 yards, 82 touchdowns and 43 interceptions in 68 games.

Last season, the Bears cycled between Foles, Fields and Andy Dalton at quarterback. It didn’t lead to much success, as the team finished with a mediocre 6-11 record. That wasn’t good enough to make the postseason, and the team fired head coach Matt Nagy one day after the conclusion of the regular season.

Now, the team seems fully invested in Fields, a first-round pick in the 2021 NFL Draft, as it enters the new season.

If the Bears can move Foles for a draft pick or a player that can help them during the 2022 campaign, it would be a huge win, considering he likely wouldn’t make a huge impact as the No. 3 quarterback on their roster.