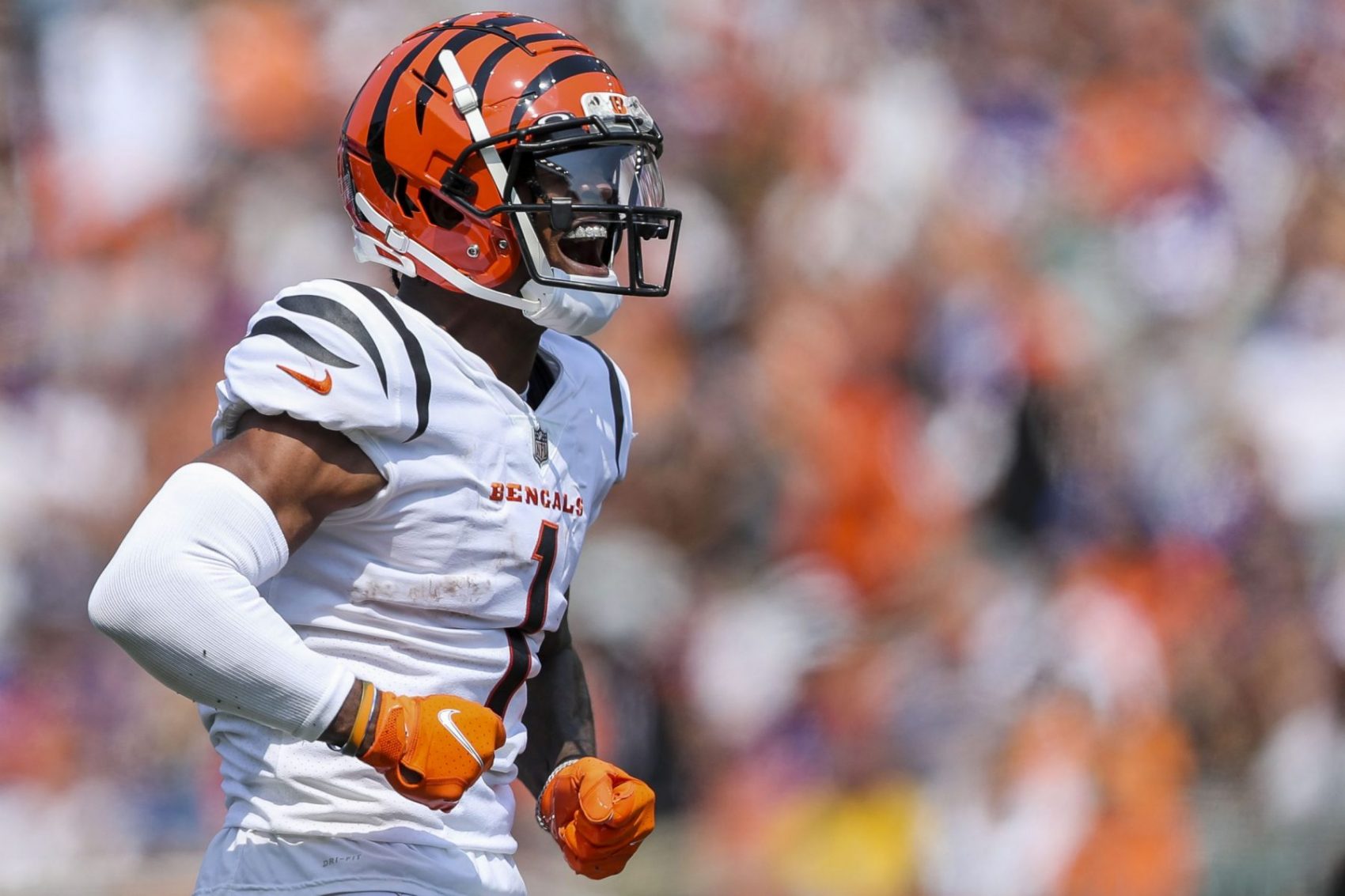 Cincinnati Bengals rookie Ja’Marr Chase recently had a strong message for anyone who doubted him over his preseason struggles.

.@Bengals WR Ja'Marr Chase on @gmfb @nflnetwork on what he would tell critics concerned over his drops in the preseason: "I like to tell them enjoy the show. This is my job. Let them sit back and enjoy the show." #WhoDey

.@Bengals WR Ja'Marr Chase on @gmfb @nflnetwork: "I'm trying to break every record I can. I'll make my way to break as many as possible." #WhoDey

Chase had a rocky preseason, but any lasting concerns went away after his incredible Week 1 performance against the Minnesota Vikings. The youngster reeled in five catches for 101 yards and a touchdown.

The Bengals, who picked Chase in the first round of the 2021 NFL Draft, are surely thrilled with the youngster’s production in Week 1. The team is off to a 1-0 start.

The 21-year-old put himself on the map with an impressive collegiate career at Louisiana State University. There, he appeared in 24 games and totaled 107 receptions for 2,093 yards and 23 touchdowns. Playing in arguably the toughest conference in the nation, his numbers really stood out.

At the NFL level, Chase has the benefit of catching passes from his former LSU teammate. Bengals quarterback Joe Burrow played alongside Chase in college. Based on their performances this past weekend, it seems like the two players have picked up where they left off at LSU.

The Bengals will face the Chicago Bears this coming weekend.