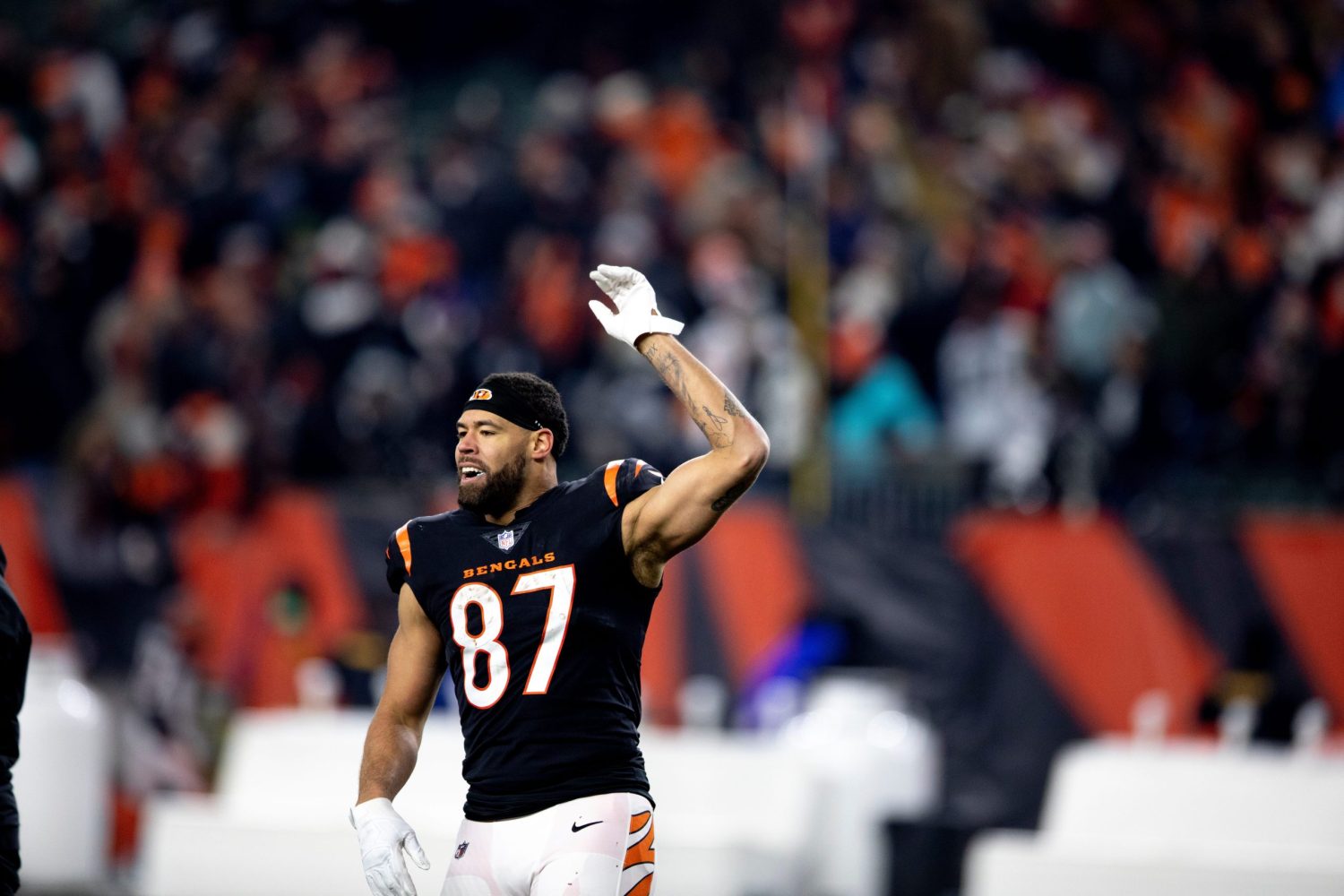 Cincinnati Bengals tight end C.J. Uzomah is reportedly set to play in the Super Bowl even though he is nursing a knee injury.

Despite being listed as questionable due to his knee injury, Bengals’ TE C.J. Uzomah will play in today’s Super Bowl, as he has said he would throughout the week.

The 29-year-old suffered a sprained MCL in his left knee in the first quarter of Cincinnati’s AFC Championship Game. He did not return after sustaining the injury. Fortunately for the Bengals, several players stepped up to help the team win 27-24 in overtime.

Uzomah has been instrumental in helping the Bengals reach their first Super Bowl in many years. During the 2021 regular season, he caught 49 passes for five touchdowns and 493 yards.

In the team’s first two playoff victories, the Auburn University product recorded a total of 13 catches for a touchdown and 135 yards.

Uzomah is no stranger to recovering from a big injury. In the 2020 season, he played in just two games before suffering a season-ending Achilles injury in Week 2 of the campaign. He was able to regain his health completely before the 2021 campaign started, appearing in 16 games during the regular season.

Cincinnati is certainly happy that Uzomah will suit up for what will be the most important match of his career. Quarterback Joe Burrow has been playing exceptionally well this year, but having a solid weapon like Uzomah available will give the star quarterback more opportunities to make plays.

The former fifth-round pick recently expressed his determination to play in the big game.

The Bengals are looking to win their first Super Bowl in franchise history.