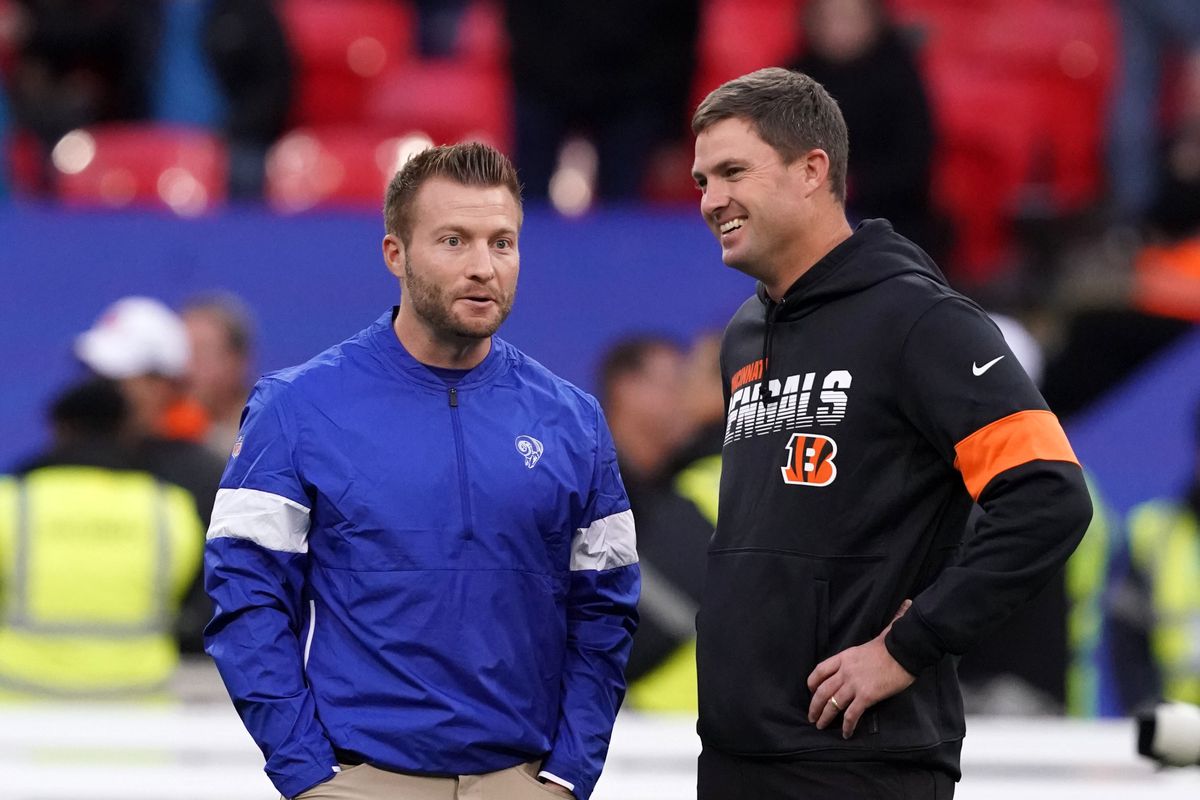 After leading their respective teams to this year’s Super Bowl, Sean McVay and Zac Taylor are reportedly going to be rewarded with contract extensions this coming offseason.

Both Super-Bowl head coaches, Sean McVay and Zac Taylor, both are in line for contract extensions this off-season, per league sources.

McVay has two more seasons left on his contract, Taylor is heading into the last season of his contract.

Winner today has even more leverage.

McVay has been the Los Angeles Rams’ head coach since 2017. He has gone 55-26 in the five seasons that he has held the position.

In just his second season with the team, he helped L.A. reach the Super Bowl. The Rams wound up losing that game to the New England Patriots. It took just three seasons before McVay led the Rams back to the championship game.

McVay has two more seasons remaining on his contract. However, it looks like the Rams want him to stay with the organization for a long time.

As for Taylor, he has had a slightly different career trajectory. After signing on to become the Cincinnati Bengals’ head coach in 2019, he recorded just six total wins in his first two seasons.

However, the 38-year-old coach and the Bengals had a breakthrough in the 2021 campaign. They went 10-7 in the regular season and have defeated the Las Vegas Raiders, Tennessee Titans and Kansas City Chiefs in the postseason en route to earning a Super Bowl berth.

Taylor, who is heading into the last season of his contract, is the lowest paid head coach in the league. That will certainly change after this coming offseason, as the Bengals will certainly give him a raise after what he has done for the team.

The Rams and Bengals are set to face off on Sunday in what is sure to be an exciting game.