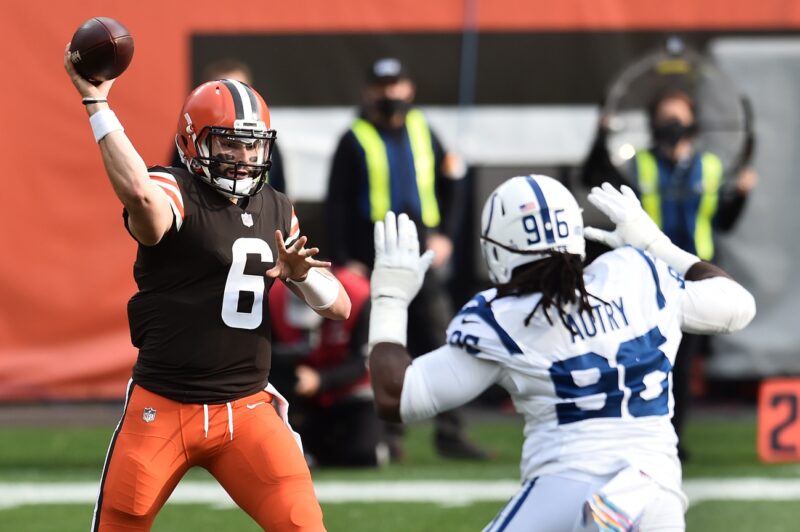 The Cleveland Browns are 4-1 for the first time since 1994 after defeating the Indianapolis Colts on Sunday.

However, in the win, quarterback Baker Mayfield suffered a rib injury which could have put his status in doubt for Week 6.

The Browns have a huge matchup against the division rival Pittsburgh Steelers in Week 6. Pittsburgh is currently 4-0 on the season.

Mayfield quickly put to bed any chance of him missing the matchup with the Steelers.

Asked if he thought he could play through his rib injury Sunday at Pittsburgh, Browns’ QB Baker Mayfield responded: “Oh, yeah. Mama didn’t raise no wuss.”

The No. 1 overall pick in the 2018 NFL Draft, Mayfield has quickly turned around the Browns in his third season.

After a disappointing 6-10 finish last year, Mayfield has played much better in year three.

This year, he has thrown for 976 yards and nine touchdowns through the Browns’ first five games.

In addition, he’s been much better at taking care of the ball. He has thrown just four picks so far this season after throwing a career-high 21 in 2019.

The Browns and Mayfield will look to continue their hot start next weekend.