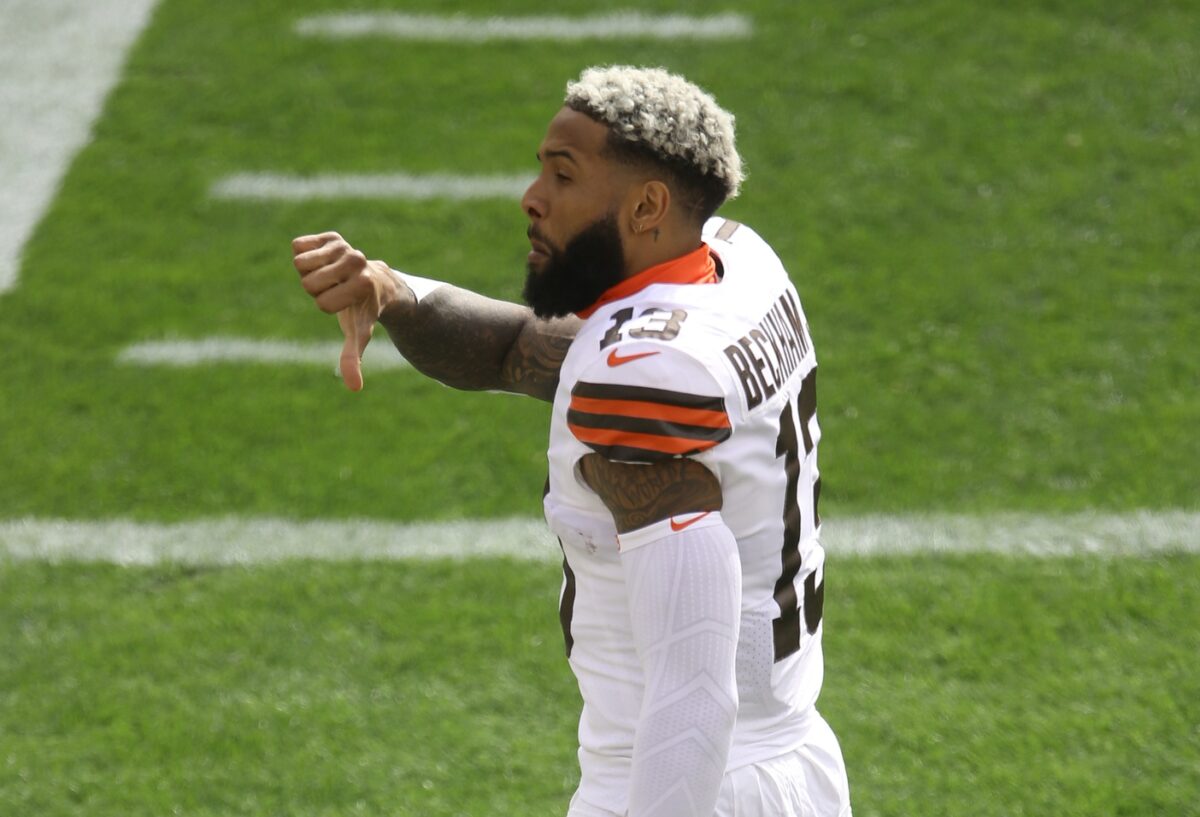 The Cleveland Browns are 4-2 on the season, but pundits around the NFL are already calling for the team to retool after an embarrassing blowout loss to their division rivals this past weekend .

On top of that, superstar wide receiver Odell Beckham Jr. is making headlines for his statements, which haven’t been good news.

The headlines recently are because of the frustration he showed during his team’s 38-7 loss to the Pittsburgh Steelers.

On Wednesday, Beckham opened up about the frustration.

“I am pissed,” Beckham said. “At this point, I really do not care to keep trying to make myself look like a good guy to the world and all that because I am who I am. I got pulled out of the game. The coach said this was the best decision. It is eight minutes left, and for me, I would rather take my ass whooping like a man. I would rather take my win the same way. I want to be out there until the last whistle, competing.”

He went on to explain that he removed his cleats because of a “lingering turf toe issue” that he has been dealing with since Week 4.

On the season, Beckham has hauled in only 23 balls for 319 yards and three touchdowns. Surely, he and quarterback Baker Mayfield are going to have to work on their on-field chemistry if the Browns are going to win at a consistent clip.

Until then, Beckham is likely to remain frustrated.