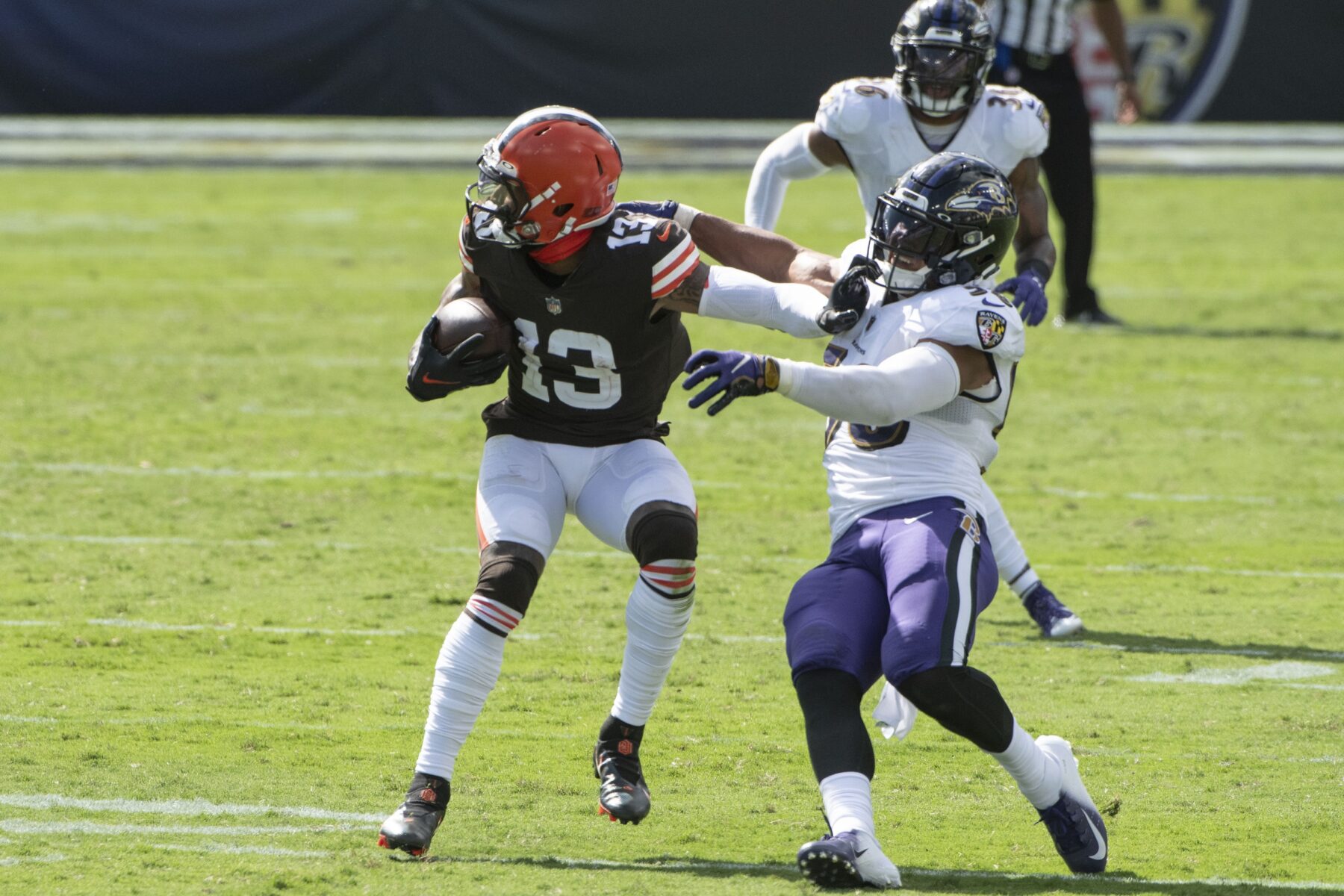 The Cleveland Browns are off to another rocky start, and the trade rumors are already starting to swirl involving superstar wide receiver Odell Beckham Jr.

After being blown out by their division rival Baltimore Ravens in Week 1, the Browns appear ready to move on from Beckham. Radio host Mike Francesa of WFAN got the NFL rumor mill buzzing on Tuesday.

I hear Browns, who are clueless, looking to trade Odell

In the loss to the Ravens, Beckham caught three passes for 22 yards. Obviously, as one of the best wide receivers in the NFL, that kind of production is not going to get it done, especially against an elite team like Baltimore.

Last season, Beckham played in all 16 games for the Browns after being traded to the team in a deal with the New York Giants during the offseason. The star wideout finished with a 74 receptions, 1,035 receiving yards and four touchdowns.

Despite all the hype and expectations Beckham’s arrival brought to the Browns, the three-time Pro Bowler had arguably the worst season of his career outside of the 2017 campaign, which was cut short due to a season-ending injury.

This season is getting off to a similar start, and the Browns may be ready to part ways. Beckham may be coming off his worst season and showed nothing to be impressed with in Week 1, but he’ll draw trade interest around the league.

NFL teams are always looking for top-tier talent at the wide receiver position with offenses focusing on the passing game these days. Cleveland will almost certainly have teams reaching out to see the asking price for the 27-year-old wideout.