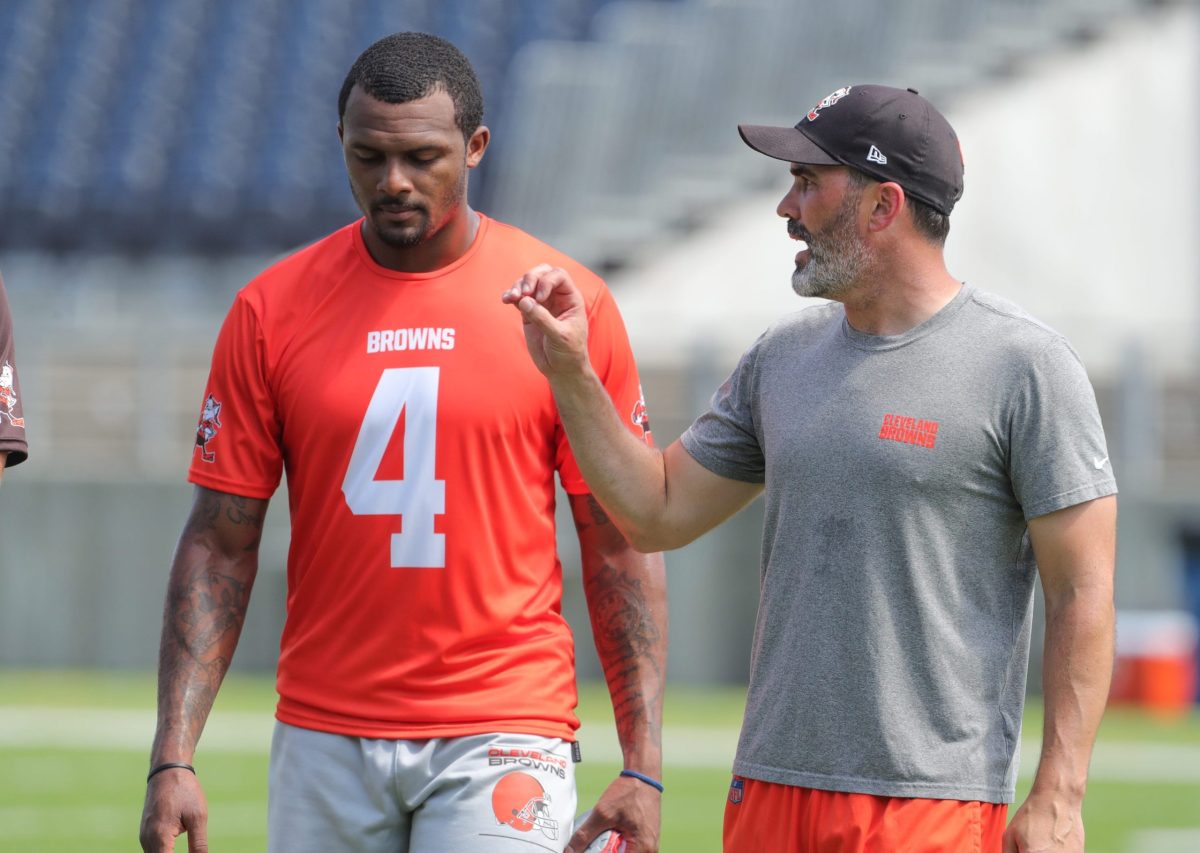 In an expected move, the Cleveland Browns have finally officially added star quarterback Deshaun Watson to their active roster ahead of Sunday’s game against the Houston Texans.

Browns officially added Deshaun Watson to their 53-man roster today. He is slated to start Sunday vs. the Texans.

Watson had been serving a lengthy 11-game suspension as a result of the multiple sexual assault and harassment allegations made against him. Many people had expressed disappointment with the punishment the NFL and NFLPA agreed upon back in August.

The former first-round pick should give the Browns a nice boost ahead of the final stretch of the season. Cleveland is currently 4-7 and in desperate needs of some wins if it wants any chance of securing a postseason berth.

The Clemson University product should greatly help in that pursuit. However, he will probably have to shake off some rust, as he hasn’t appeared in an NFL game since the 2020 season.

During that campaign, he completed 70.2 percent of his passes for 4,823 yards, 33 touchdowns and just seven interceptions. Nevertheless, he was only able to lead the Texans to a 4-12 record.

Watson is a three-time Pro Bowler and one of the most talented signal-callers in the entire league. Besides being a talented passer, he has also shown off some nice running skills.

Surely, Watson is excited to get back onto the field after dealing with the lengthy suspension.

Cleveland is coming off a thrilling home victory against the Tampa Bay Buccaneers in Week 12. Veteran Jacoby Brissett led the team to a very important win in what was likely his last start of the season. He threw for 210 yards and one touchdown.

In 11 starts this season, he’s completed 64.1 percent of his passes for 2,608 yards, 12 touchdowns and six interceptions. While Brissett wasn’t all that bad, Browns fans are likely more excited and confident with Watson set to take over the starting quarterback role.

The Browns don’t have room for many more errors if they want to make it back to the playoffs after struggling and missing out last season. Though Watson arguably gives the team a much better chance at winning going forward, he also brings a fair amount of controversy.

Clearly, the organization feels as though the positives outweigh the negatives.