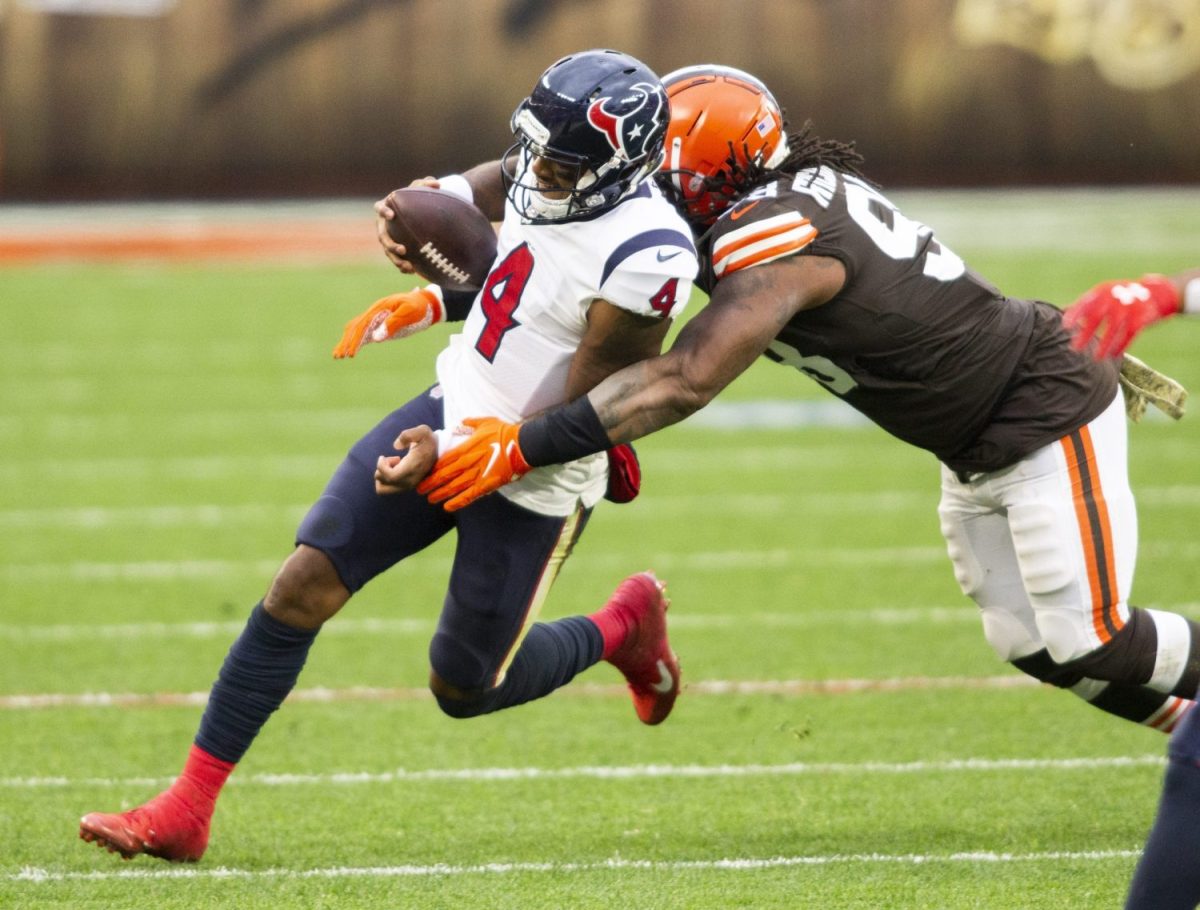 It appears as though the NFL is ready to welcome Deshaun Watson back with open arms after a grand jury chose not to indict him in relation to multiple sexual assault allegations.

Watson has already been at the center of a lot of rumors. However, the most recent one may be the juiciest yet.

According to a report, Watson and the Cleveland Browns are set to meet with one another on Tuesday.

“The Cleveland Browns are set to meet with [Houston] Texans quarterback Deshaun Watson on Tuesday in Houston after being granted permission to talk with the three-time Pro Bowler,” Aaron Wilson of Pro Football Network reported. “They will work to sell him on their vision for him as a potential trade acquisition once the NFL free agency period opens, according to league sources not authorized to speak publicly.”

Watson is, of course, still under contract with the Texans. The meeting between the two sides will revolve around the Browns trying to convince Watson to waive his trade clause in favor of them. The former first-round pick has reportedly already met with the New Orleans Saints and Carolina Panthers.

“The Browns’ leadership team will attempt to convince Watson that he should waive the no-trade clause in his $156 million contract for them one day after he met with the New Orleans Saints and the Carolina Panthers, according to sources,” Wilson wrote.

Clearly, Watson is a very hot commodity this offseason. Despite the disturbing allegations, there is no denying that Watson is a premier talent.

In the 2020 NFL season, he passed for 4,823 yards, 33 touchdowns and just seven interceptions. He has the ability to take a team like Cleveland, which has talent across the field but has struggled to find consistency from the quarterback position, to the next level immediately.

With the offseason starting to heat, it will be fascinating to see where Watson ends up.