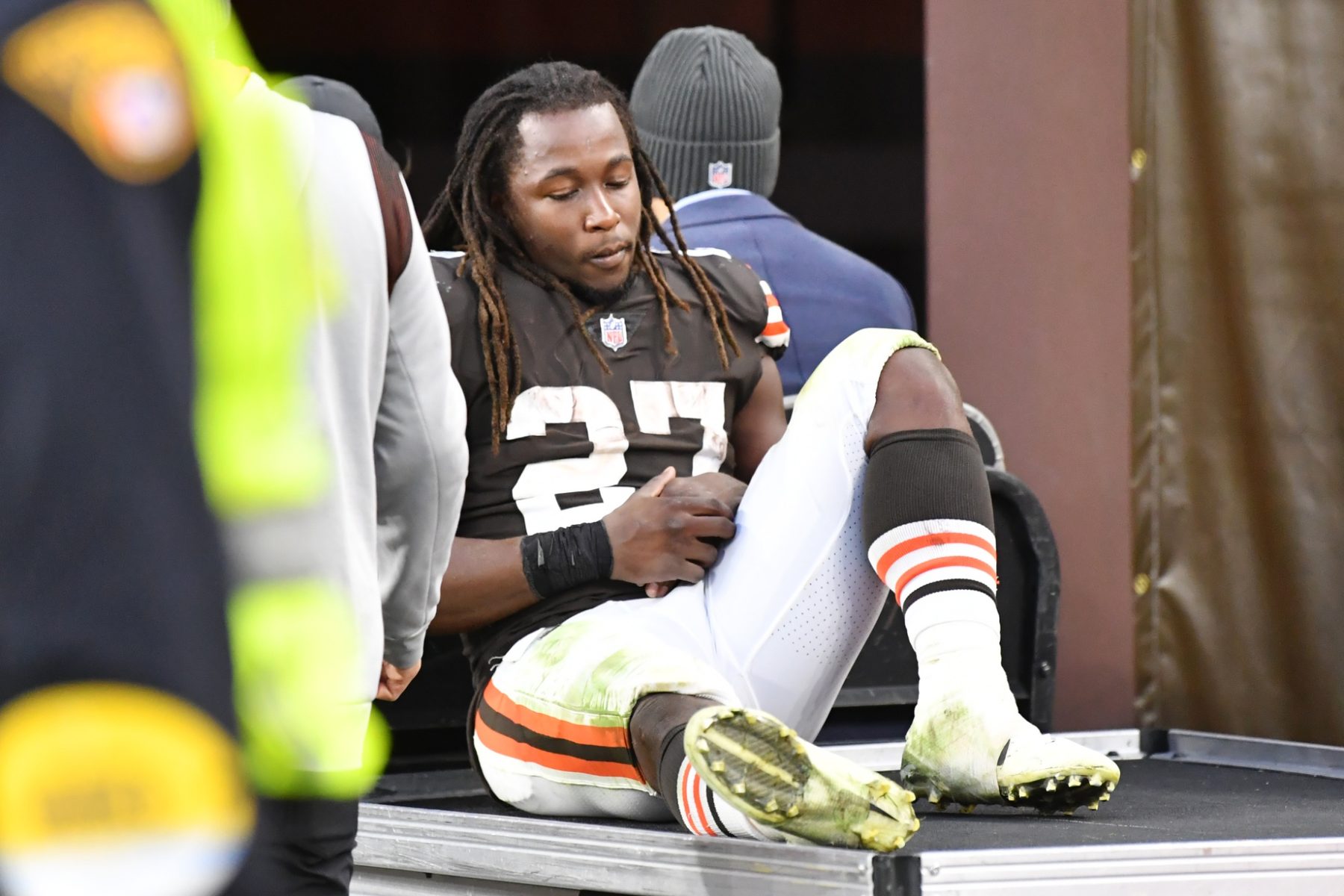 Cleveland Browns running back Kareem Hunt will be out for several weeks with a calf injury and is likely to be placed on injured reserve, according to a recent report.

Calf injuries are always tough to predict, but the rough estimate was 4-6 weeks for Kareem Hunt. Cleveland is now down another RB heading into Thursday. https://t.co/N0Ul2w8fgA

Hunt suffered the injury in Sunday’s matchup against the Arizona Cardinals, a game the Browns lost 37-14.

The 26-year-old has been spectacular in his third season with the Browns. In six games so far this season, he has carried the ball 69 times for 361 yards and five touchdowns while also catching 20 passes for 161 yards.

It will be interesting to see how the Browns deal with the loss of Hunt. After Sunday’s loss to the Cardinals, the team now sits at 3-3 on the year. Cleveland’s next game is at home against the Denver Broncos on Thursday night.