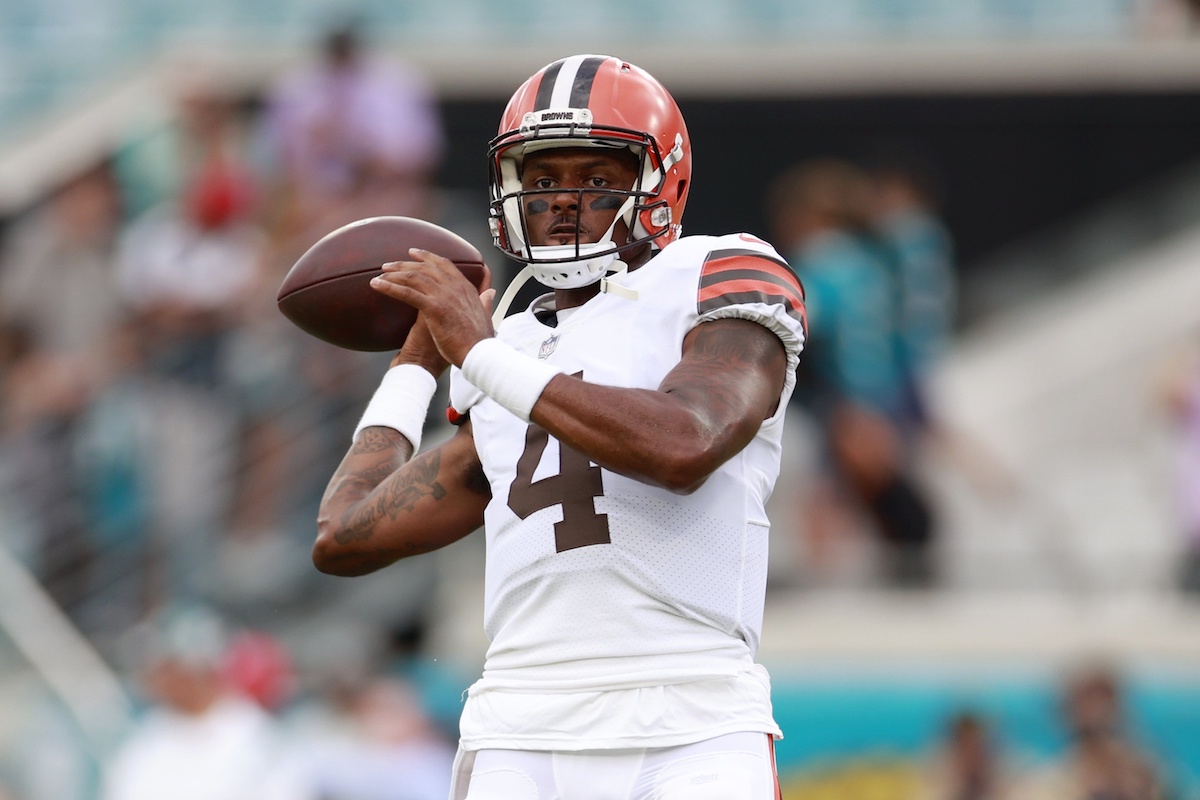 Deshaun Watson, as most NFL fans know, has been at the center of really disturbing sexual assault and harassment allegations. Despite that fact, the Cleveland Browns acquired him in a massive deal and gave him a huge contract.

Now, it looks like the Browns are going to have to depend on Jacoby Brissett for the foreseeable future.

Watson has been suspended for 11 games. On top of that, he’ll have to pay a $5 million fine.

BREAKING: The NFL and NFLPA have agreed to a settlement on discipline for #Browns QB Deshaun Watson, who will serve an 11-game suspension and pay a $5 million fine for violating the league’s personal conduct policy, per league source.

While 11 games is a long suspension, there are surely some who follow the NFL who were hoping for a season-long ban. On the flip side, there are likely some Browns fans that think the suspension is too long.

Only time will tell if Watson will be able to move past this, or if it is something that will stick with him for the rest of his NFL career.