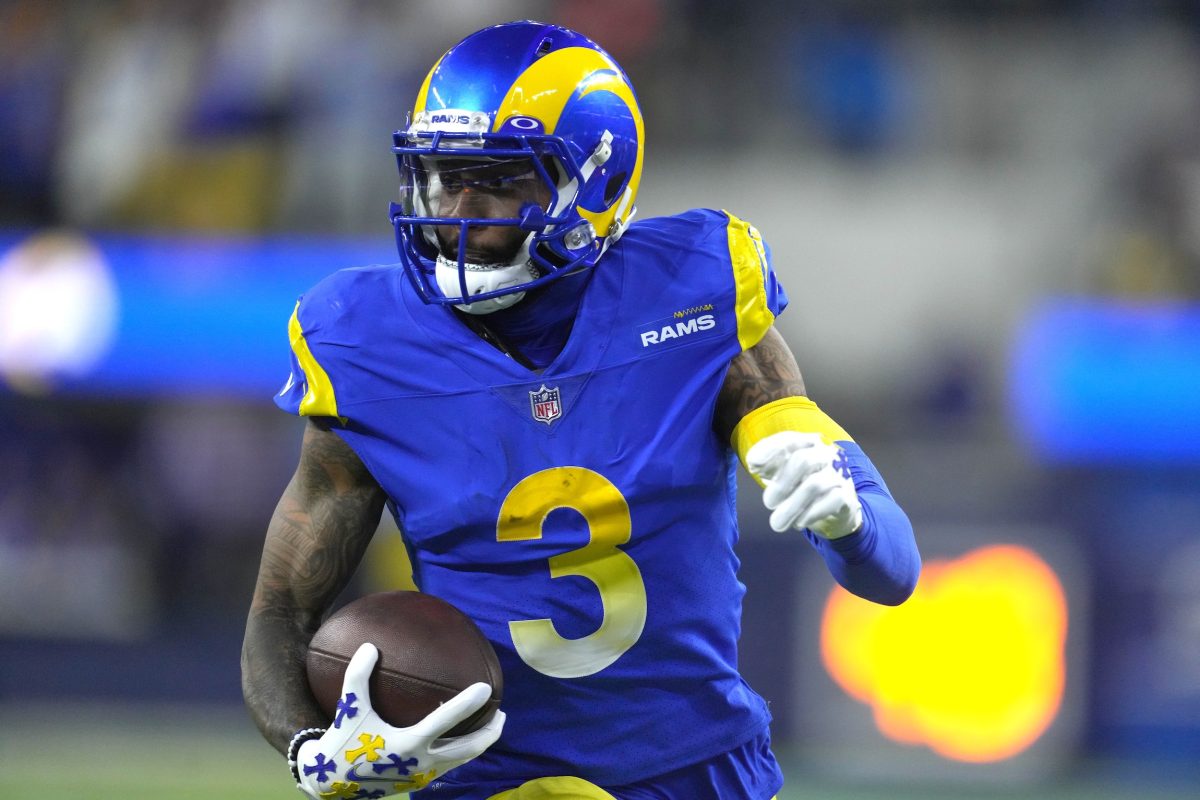 Dallas Cowboys owner Jerry Jones reportedly believes that star receiver Odell Beckham Jr. will sign with the team and play for Dallas in the playoffs.

“Odell’s going to join us,” Jones told USA TODAY Sports on Thursday. “There’s a good chance he will, with the complete goal of getting ready for a playoff game or two, and then I’ll look to the future. But most of it being about now.”

It appears that Beckham has his sights set on playing in the postseason for a contender after suffering a torn ACL in last year’s Super Bowl with the Los Angeles Rams.

Even though the star wideout was unable to finish the Super Bowl, he made a major impact before exiting, catching two passes for 52 yards and a touchdown in the Rams’ 23-20 victory.

From NFL Now: Reacting to the words of Odell Beckham Jr, who said on @NFLonPrime that he'd like to just play in the playoffs this year. pic.twitter.com/EeZu0P6IpG

A change of scenery was huge for Beckham last season. He joined the Rams after being cut by the Cleveland Browns and caught 27 passes for 305 yards and five scores in eight games for Los Angeles.

Cleveland struggled to use the star receiver correctly, as he made just 17 catches in six games for the team last season.

The Cowboys are one of the best teams in the NFC this season, but they could use another receiver after trading away Amari Cooper this past offseason.

The Cowboys have gotten by so far this season with CeeDee Lamb, Michael Gallup and Noah Brown as the team’s top receivers, but adding Beckham to the mix would make this offense even more potent.

Dallas has its sights set on a Super Bowl, and it could use a player with Beckham’s skills to defeat a team like the Philadelphia Eagles or San Francisco 49ers in the postseason.

Jones may believe that Beckham is going to sign with the team soon, but there are definitely other NFL teams that are also interested in his services.

Dallas is certainly making a hard pitch to the three-time Pro Bowler, but he doesn’t appear to be in a rush to sign just yet.

For his career, Beckham has made 531 catches for 7,367 yards and 56 touchdowns. He has played for the New York Giants, Browns and Rams in his career. Should he play this season, it would be Beckahm’s ninth in the NFL.