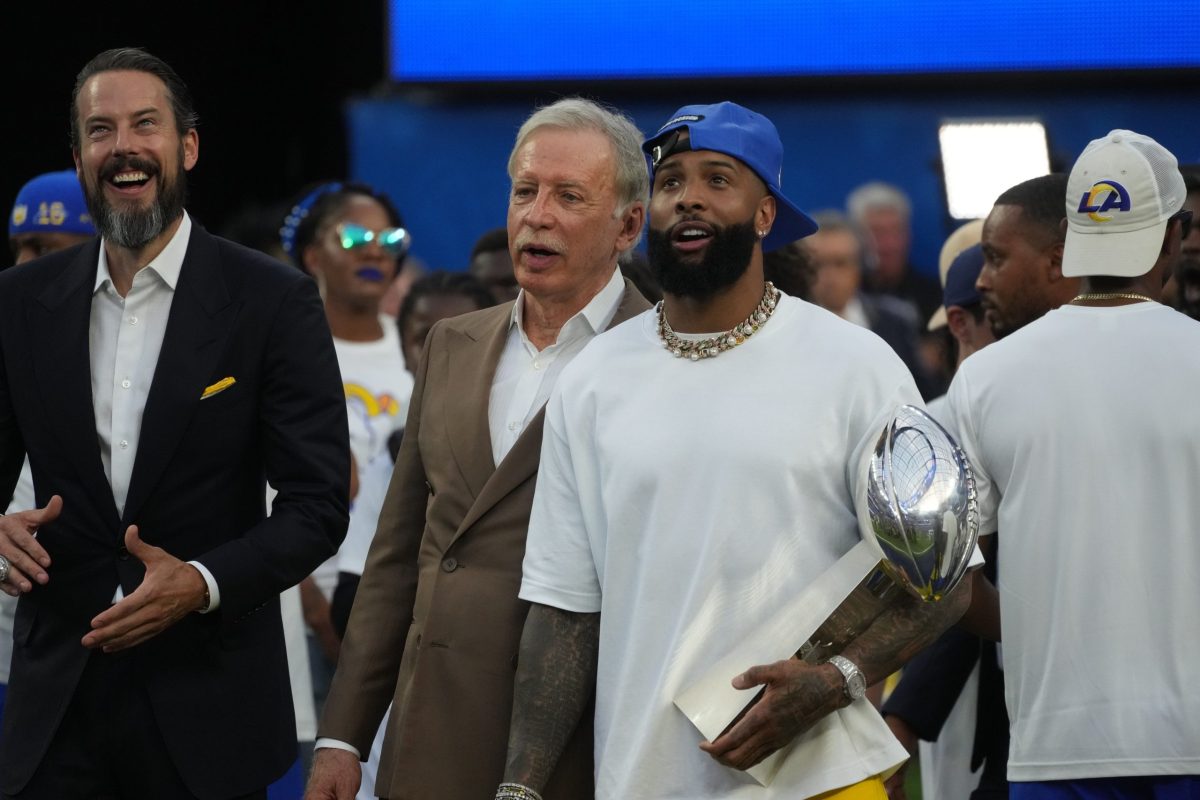 Dallas Cowboys owner Jerry Jones revealed that the team’s interest in wide receiver Odell Beckham Jr. has not been affected by the star’s incident on a flight over the weekend.

Jerry Jones said on 105.3 The Fan that Odell Beckham Jr.’s incident on a flight over the weekend is not an issue to the Cowboys’ interest. “His overall team compatibility, his judgment, his behavior is not an issue with him,” Jones said. “It is with many. It isn’t with him.”

Beckham was removed from a flight after he was in and out of consciousness. The flight crew feared for his safety. However, the star receiver refused to leave the flight until the aircraft was deplaned. He then exited without incident.

“Fearing that Mr. Beckham was seriously ill, and that his condition would worsen through the expected five-hour flight, the attendants called for police and fire rescue,” Miami-Dade police said. “Upon the officers arrival, the flight crew asked Mr. Beckham several times to exit the aircraft, which he refused.

“The aircraft was deplaned, at which time Mr. Beckham was asked by the officers to exit the plane, and did so without incident.”

It was certainly a weird situation for Beckham, but it appears he will still be heavily sought after down the stretch of the 2022 season. He seemed to issue a message regarding the situation on Twitter.

Never in my life have I experienced what just happened to me… I’ve seen it alll..

The star receiver is currently recovering from a torn ACL that he suffered in last season’s Super Bowl as a member of the Los Angeles Rams. Beckham was a huge part of the Rams’ late-season success, and he made an impact early in the Super Bowl, catching two passes for 52 yards and a touchdown before exiting with the injury.

It’s unclear exactly when Beckham will be healthy enough to return to the field, but a team like Dallas could use him for a playoff run this season.

The Cowboys are currently 8-3 on the season, good enough for second place in the NFC East behind the 10-1 Philadelphia Eagles.

Dallas traded away receiver Amari Cooper this past offseason to free up cap space, which left a bit of a hole on the roster. CeeDee Lamb, Michael Gallup and Noah Brown have operated as the team’s top three receivers to this point in the season.

Adding Beckham and his unique skill set to the fold would make Dallas’ offense even more dangerous in the postseason. The team already has an elite one-two punch in the running game with Tony Pollard and Ezekiel Elliott, and Lamb is a star on the outside at receiver.

Last season, Beckham caught 27 passes for 305 yards and five scores in eight games for the Rams. He joined Los Angeles after he was cut by the Cleveland Browns. Cleveland struggled to use the star receiver correctly, as he made just 17 catches in six games for the team.

As long as Jones is willing to bring Beckham into the fold, the Cowboys are going to be a team to watch as his options come into focus.