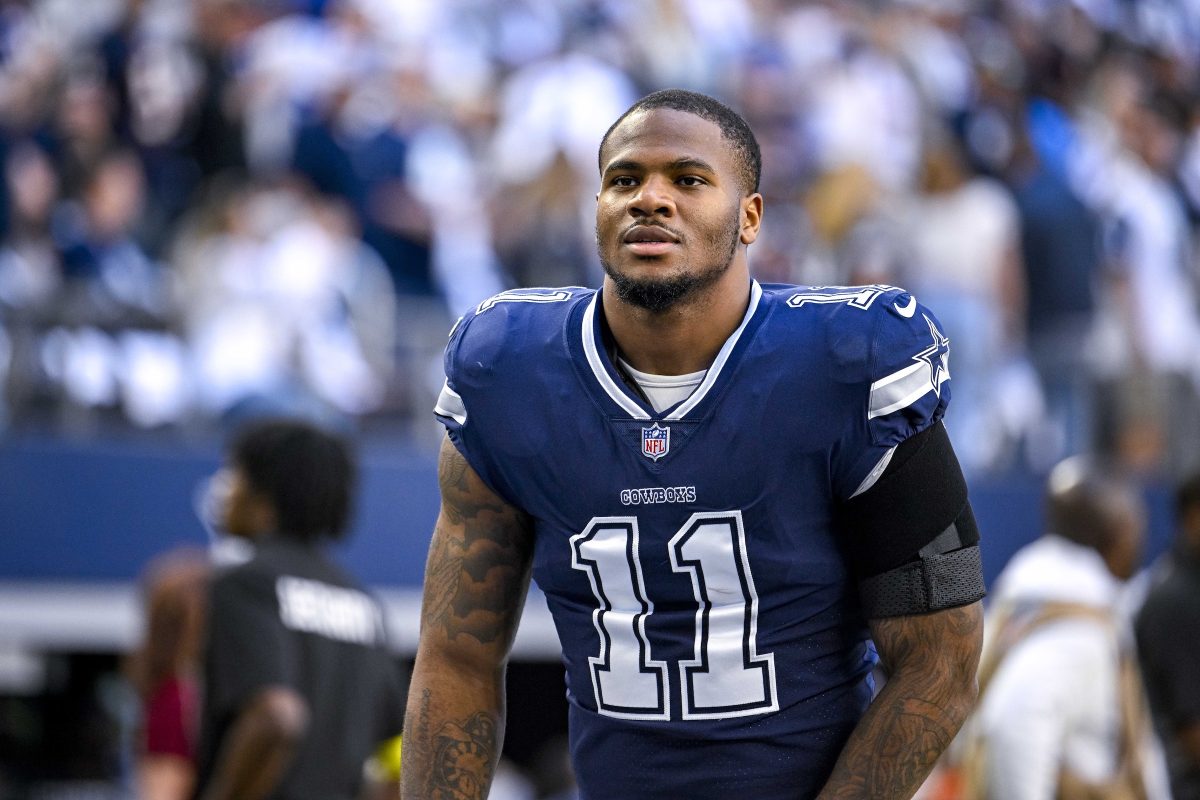 Dallas Cowboys star Micah Parsons caused a bit of a stir on social media Thursday morning after he shared his thoughts on Brittney Griner’s release from Russia.

Griner, who had been detained in Russia since February, was released in a prisoner swap involving convicted Russian arms dealer Viktor Bout on Thursday.

While Griner’s return home is wonderful news, Paul Whelan, another American that is wrongfully detained in Russia according to the State Department, unfortunately wasn’t part of the swap.

Whelan, who’s a former Marine, was convicted by Russia in 2020 of spying despite pleading not guilty. He was sentenced to 16 years in prison. He’s been detained in Russia since 2018.

Parsons wasn’t happy to learn that Whelan was left behind in Russia following Griner’s release.

He clarified his stance a bit later.

My last tweet was no shot at Brittney Griner. I’m super happy she’s back home as she should be. I just have family who have served and it’s crazy to me the President wouldn’t bring him home too. I’m the furthest thing from a trump supporter but I’m not a fan of Biden either.

Shortly after that, Parsons apologized for tweeting “out of emotion.” After learning more about the situation, he expressed a belief that the “best outcome was accomplished” based on what he heard about attempts to bring Whelan home.

then the best outcome was accomplished. I pray Mr. Whelan comes home but am extremely happy for Brittney and her family. I am not too prideful to admit when I’ve made a mistake.

Before Parsons clarified his comments, he caught some heat from Twitter users.

You have a voice on a platform. Use it wisely. Research before tweeting. The Marine is in for being a Spy. Prison can be expected, it comes with the territory. Brittney didn’t deserve to be there. Go Cowboys!

It was explained. Stop looking at headlines and READ more.

United States President Joe Biden made it clear on Thursday that the U.S. is not giving up on Whelan’s release and never will.

“This was not a choice of which American to bring home,” Biden said.“… Sadly, for totally illegitimate reasons, Russia is treating Paul’s case differently than Brittney’s. And while we have not yet succeeded in securing Paul’s release, we are not giving up. We will never give up.”

Hopefully, there will be some good news in the near future regarding Whelan’s situation. While it’s wonderful news that Griner is on her way home, many people clearly are upset over the fact that Whelan is still not free.

As for Parsons, it’s clear that he cares deeply about the entire situation. It’s also clear that he isn’t afraid to publicly change his mind or apologize, which are admirable qualities.

Griner is in good spirits, according to Biden.

“The last few months have been hell for Brittney,” he said.

“I’m glad to be able to say that Brittney is in good spirits, she is relieved to finally be heading home.”

Biden added that the WNBA star understandably has some healing to do.

“The fact remains that she’s lost months of her life, experienced needless trauma,” he said. “She deserves space, privacy and time with her loved ones to recover and heal from her time being wrongfully detained.”

It’s certainly an emotional day for many.