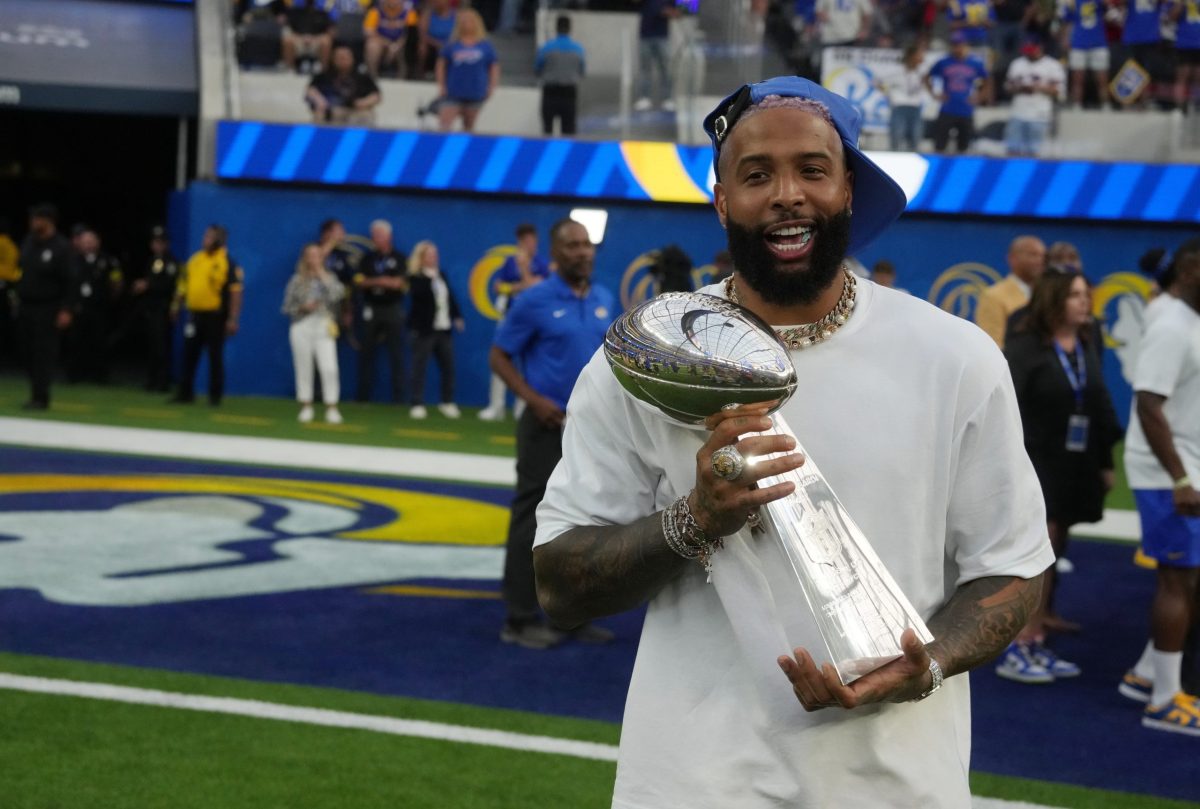 Odell Beckham Jr. remains without a team after tearing his left ACL in the second quarter of last season’s Super Bowl.

It seems that the star wide receiver is not in a hurry to come back from his injury, likely making sure that he is fully healthy before returning to the field. That doesn’t mean NFL franchises aren’t lining up to court the former first-round draft selection.

According to Tom Pelissero and Ian Rapoport, two of the favorites to land Beckham are the Dallas Cowboys and New York Giants. The teams are even reportedly set to receive visits from the 30-year-old after Thanksgiving.

“The Cowboys and Giants have emerged as two of the favorites to sign free-agent receiver Odell Beckham Jr., who plans to visit both NFC East rivals after this week’s Thanksgiving holiday, per sources,” wrote Pelissero and Rapoport.

“These are the only known visits scheduled for Beckham, though he could take others before making a decision on where to sign.”

“Odell Beckham Jr. is expected to wait until after Thanksgiving to pick a new home, league sources told ESPN, though talks with teams already are underway and offers for the free agent wide receiver are starting to come in,” Schefter wrote.

“Talks are expected to heat up after Thanksgiving, but before he agrees to a deal with any team, Beckham will consider taking a few visits to get an up-close look at any new prospective home, according to sources.

“No team has expressed a greater interest in Beckham than the Dallas Cowboys. From team owner and general manager Jerry Jones to players such as Micah Parsons, the Cowboys have been almost openly universal in campaigning for Beckham to come to Dallas.”

Schefter listed a few other potential landing spots for the veteran.

“Other teams believed to be in the mix for Beckham include the New York Giants, Kansas City Chiefs, Buffalo Bills and San Francisco 49ers,” Schefter continued.

“Teams that likely have fallen out of the discussion due to their struggles this season include the Los Angeles Rams and Green Bay Packers.”

It’s interesting that the Rams have fallen out of the mix, especially since Beckham won his only Super Bowl with the team last season.

Considering Los Angeles’ standing this season, it is unsurprising that the three-time Pro Bowler will likely land elsewhere. The defending champion Rams hold a disappointing 3-6 record and are currently last in the NFC West.

If the Rams were performing better and had a high chance of contending for a playoff spot this campaign, perhaps Beckham would give the organization a serious look. However, he may be interested in playing for a contender that needs help in the receiver corps.

One question is whether Beckham can recover well enough to still provide an NFL team with an offensive boost. It should be noted that the Louisiana State University product also tore his left ACL in the 2020 season when he was still with the Cleveland Browns.

Still, plenty of teams covet the wideout, likely because of his skill set and ability to turn it up in the playoffs. It will be interesting to see where Beckham lands after Thanksgiving.