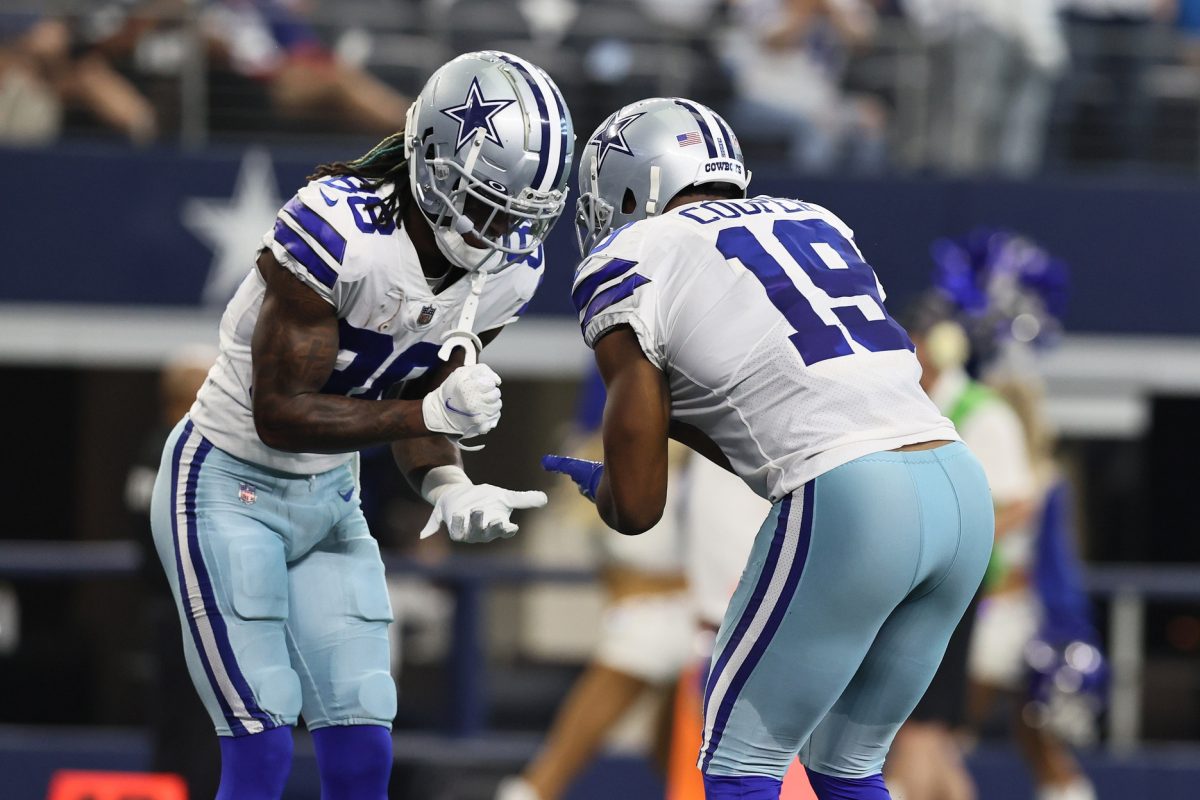 The Dallas Cowboys and Las Vegas Raiders are set to face off on Thursday in one of three Thanksgiving games.

Unfortunately for Dallas, the team is going to be without two key receivers in the game. Both CeeDee Lamb and Amari Cooper will be unavailable for the Cowboys.

#Cowboys WR CeeDee Lamb (concussion) is out today against the #Raiders, sources tell me and @SlaterNFL. Amari Cooper also out with COVID, leaving Dak Prescott without his top two receivers.

Cowboys quarterback Dak Prescott will have to find a way to get the job done without Lamb and Cooper on Thursday. That sounds like a somewhat daunting task, as both receivers have been massive parts of Dallas’ offense this season.

Lamb has not missed a game yet this season, although that’s obviously about to change. The youngster has racked up 50 receptions for 740 yards and six touchdowns over 10 contests this season.

He’s in his second season at the NFL level and has already become a crucial piece in the puzzle for the Cowboys.

Cooper, meanwhile, is about to miss his second game this season. On the year, he has 44 receptions for 583 yards and five touchdowns over nine games.

Cooper, who is out with COVID-19, is unvaccinated against the virus. Cowboys owner Jerry Jones recently voiced his frustration with Cooper’s vaccination status.

Cowboys owner Jerry Jones also expressed frustration with Amari Cooper not being vaxxed on @1053thefan: "It is a 'we' thing when you walk into the locker room. You can't win individually. This is the classic case of how it can impact a team. And this popped us. This did pop us."

The Cowboys are 7-3 on the season. The storied organization is trying to win its first Super Bowl title since 1996.

It certainly seems like the team could pull off a deep postseason run, but before Dallas can start thinking about the playoffs, it needs to take care of business in the regular season. A win over the Raiders would be another step in the right direction.