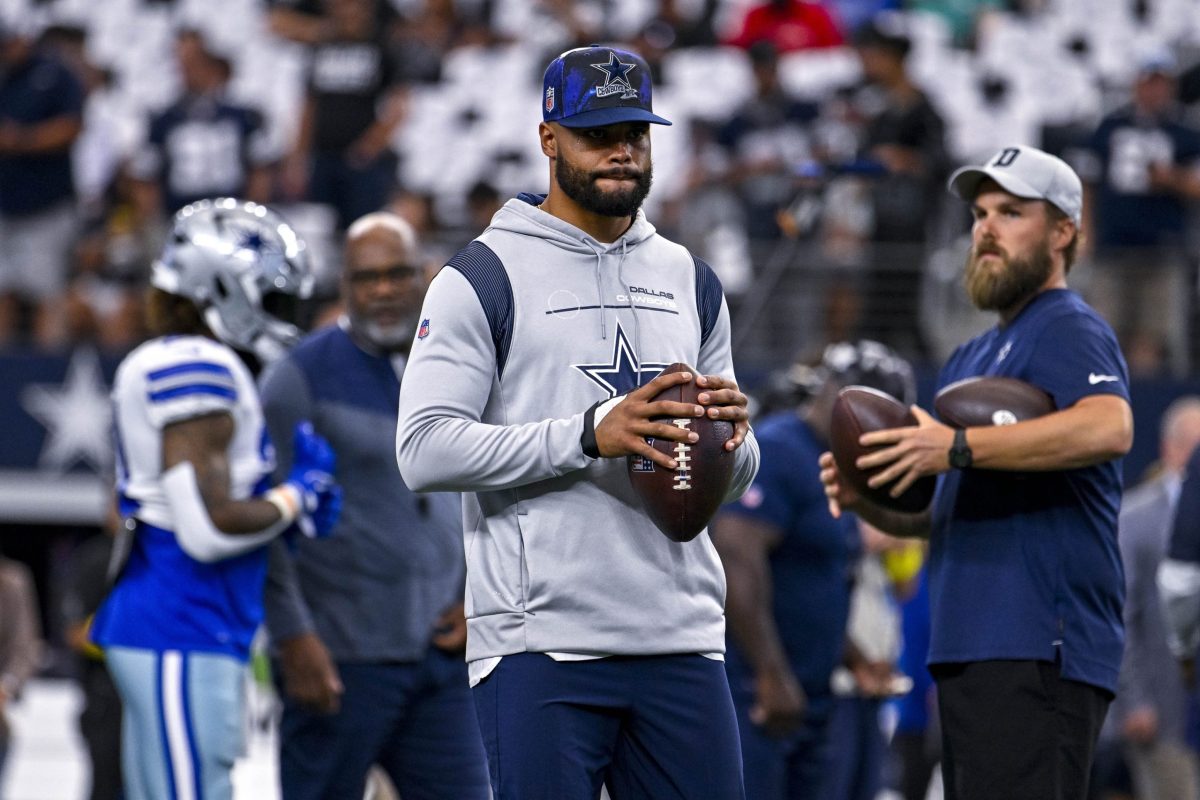 Dallas Cowboys quarterback Dak Prescott reportedly would need to make “significant strides” in his rehab from a thumb injury in order to play against the Philadelphia Eagles in Week 6 of the 2022 NFL season.

“The Cowboys aren’t ruling out Dak Prescott for next week’s game at Philadelphia, but the quarterback is still regaining grip strength and would need to make significant strides to be ready to return from his fractured right thumb, per sources,” NFL.com’s Tom Pelissero and Ian Rapoport wrote.

The Cowboys have been without Prescott since Week 1 when he injured his thumb against the Tampa Bay Buccaneers. Prescott had surgery on the thumb back on Sept. 12. He was given a return timeline of four to six weeks.

While the star quarterback appears to be pushing to return as soon as possible, he needs to be able to fully grip the football to return to the lineup.

“Last week, Prescott did some very light throwing but was listed as a non-participant in practice,” Pelissero and Rapoport wrote. “He has kept up with conditioning, so there’s no question he’ll be in shape whenever he gets the green light. It’s just a matter of when the swelling and soreness in the thumb totally subside and he’s able to hold and throw the ball normally, consistently and accurately.”

The Cowboys have actually been fine without Prescott, as backup quarterback Cooper Rush has led the team to three straight wins heading into Week 5. Dallas takes on the defending Super Bowl champion Los Angeles Rams in Week 5, which will be yet another test for Rush and company.

The Eagles, who enter Week 5 with a perfect 4-0 record, currently are ahead of the Cowboys in the NFC East division. While there’s no doubt the Cowboys would love to have Prescott back for the game, it doesn’t make sense to play him if he can’t perform to his full capabilities, especially since Rush has proven he is a highly capable backup.

This season, Rush has completed 60.8 percent of his passes for 737 yards, four touchdowns and no interceptions. He has taken care of the ball for Dallas, and it’s a big reason the team has improved to 3-1 this season after losing in Week 1.

Prescott had struggled against a tough Tampa Bay Buccaneers defense prior to the injury. He completed just 14 of his 29 pass attempts for 134 yards and an interception. He also was sacked twice.