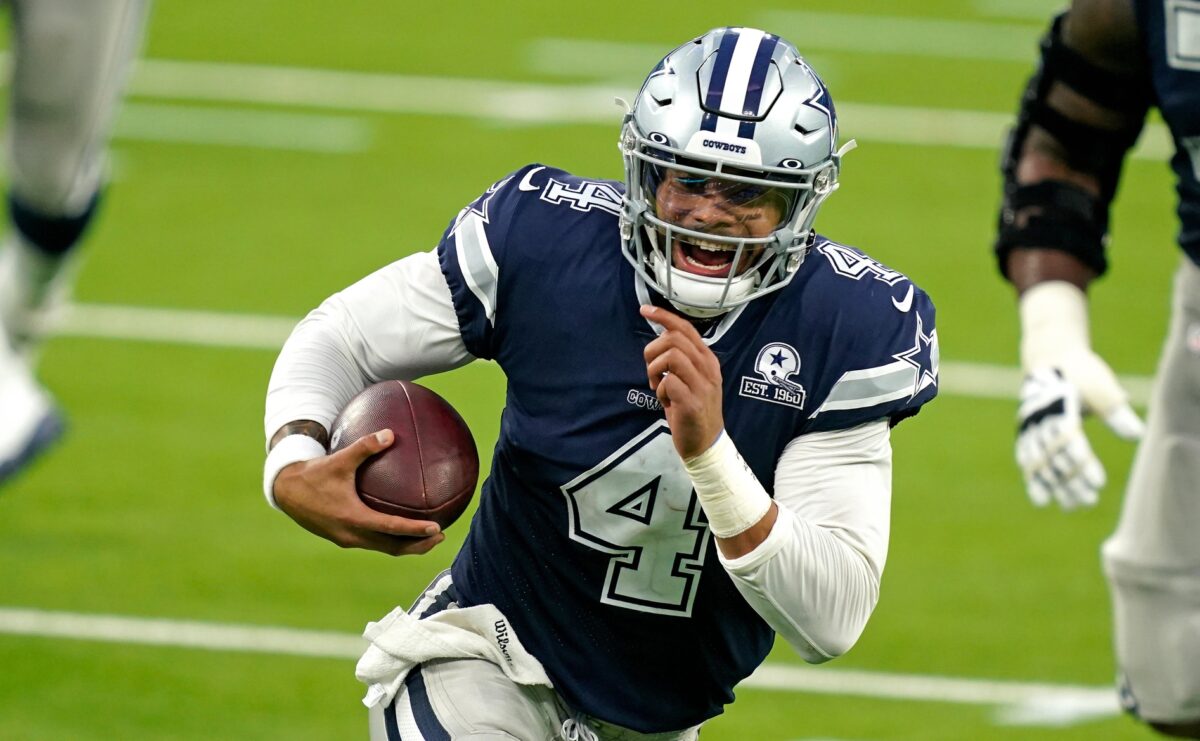 There reportedly is “positivity” that the Dallas Cowboys will get a long-term deal done with star quarterback Dak Prescott in the near future.

From NFL Now: Amid the waiting on the cap number, there is some positivity surrounding #Cowboys QB Dak Prescott's potential deal even if it doesn't get done by Tuesday. pic.twitter.com/cDsjMaLtLd

“But it does seem like the next couple days are really going to be fascinating. Based on the conversations I’ve had, there’s some positivity here regarding the Dak Prescott talks that were really — didn’t seem like they were there last year.”

Rapoport explained that a deal may not get done before Tuesday’s franchise tag deadline, but the Cowboys could work out a deal after tagging Prescott.

“It seems like there is at least a chance that something gets done, before Tuesday might be a stretch, that might be a little fast,” Rapoport said. “They may have to tag him and then continue to work on it. But, there at least is the possibility that they get something done. If you’re the Cowboys, if you’re Dak Prescott, you’re talking big numbers. You’re talking long-term security, but he is a franchise quarterback, and he is their franchise quarterback. So, it might be worth it for the Cowboys to get it done now instead of letting it linger for another frustrating offseason.”

Last season, Prescott played in just five games due to injury. He suffered a compound fracture and dislocation of his right ankle against the New York Giants in Week 5 and missed the rest of the season.

However, Prescott was out to a great start, as he threw for 1,856 yards and nine touchdowns in his five appearances.

If a deal isn’t completed by tomorrow, the Cowboys will likely spend most of the offseason making sure that they keep Prescott around.