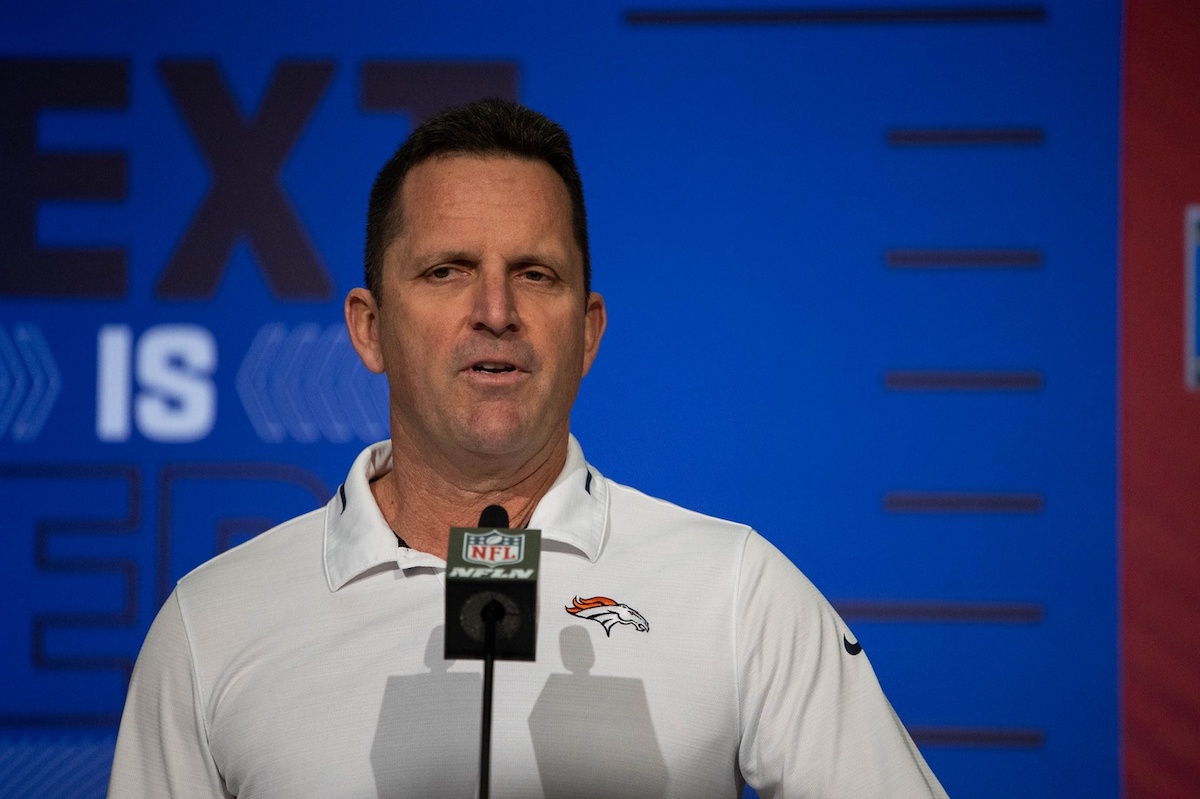 The Denver Broncos have high expectations for the upcoming season after completing a blockbuster trade for star quarterback Russell Wilson earlier this month.

However, the team had to give up several draft picks in the deal and currently doesn’t have a pick in the first round of the 2022 draft. Despite that, Denver’s general manager said on Sunday that the Broncos still have enough “ammo” to trade back into the first round.

George Paton said today that the Broncos still "have the ammo" to trade up in the 2022 NFL Draft.

Paton told @philmilani that could possibly include going back up into the first round.

Six seasons have passed since Denver’s last playoff appearance. In the 2015 NFL season, the Broncos reached the Super Bowl, defeating the Carolina Panthers 24-10. The team was led by Hall of Famer Peyton Manning, who retired after winning the championship.

Since the end of the Manning era, the Broncos have failed to find a long-term replacement at the quarterback position. But with Wilson’s arrival, it seems like Denver finally has its guy.

The 33-year-old played for the Seattle Seahawks for 10 seasons. He led Seattle to two consecutive Super Bowl appearances in the 2013 and 2014 seasons. The team won one title during Wilson’s time with the organization.

Wilson finished his Seahawks tenure having completed 3,079 passes for 292 touchdowns and 37,059 yards. He also earned nine Pro Bowl selections. Additionally, he led the league in passing touchdowns in the 2017 season.

This coming season, he will get a fresh start with the Broncos, who are seemingly not done upgrading their roster. Only time will tell if Denver can indeed find a way to acquire a first-round pick in this year’s draft.