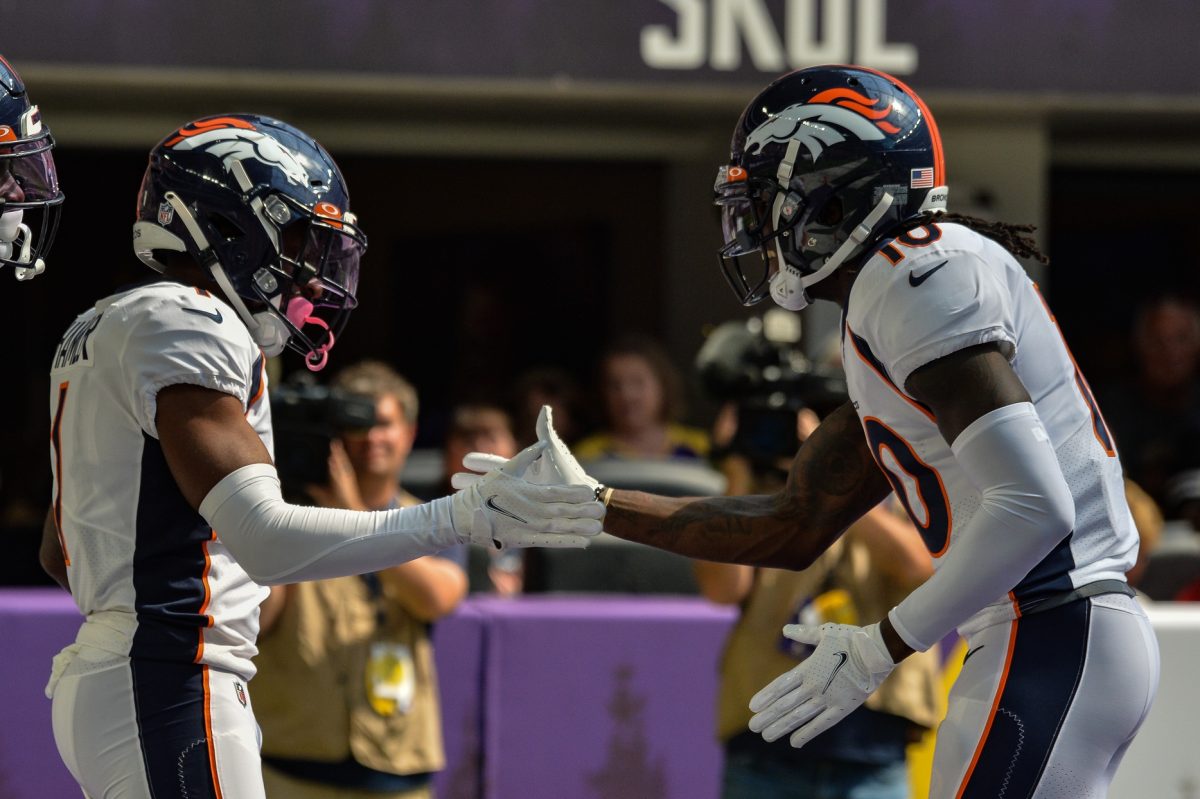 A fire sale could be coming for the Denver Broncos after a dismal start to the season for the franchise.

“Other teams have said the Broncos will not sell low in a deal and will be value traders — if they make any trades at all, according to sources.”

Chubb could provide the team with a bountiful return, particularly in terms of draft capital. After Denver had to part ways with four draft picks to acquire quarterback Russell Wilson from the Seattle Seahawks last offseason, a trade package including a couple of picks could possibly be enticing for the Broncos front office.

The 26-year-old has a skill set that other teams, especially contenders, could find plenty of use for. In six games this season, he already has 5.5 sacks and 20 combined tackles. It should be noted that Chubb is in the final year of his contract and set to become a free agent at the end of this season.

As for wide receivers Jeudy and Hamler, the 2020 draft selections have been unable to make significant impacts on offense in the 2022 campaign.

So far, Jeudy has caught 17 passes for 290 yards and two touchdowns. As for Hamler, the 23-year-old has recorded 27.3 yards per catch, but he has been targeted just seven times in five contests.

Hamler was even caught on camera after the Broncos lost to the Indianapolis Colts expressing his anger after Wilson missed him on the last play of the match.

The Broncos are just 2-4 this season and in danger of missing their seventh consecutive playoffs. Of course, that does not mean that the team will look to break the roster up and start another rebuild. Still, the front office is likely keeping its options open.

Denver will try to snap a three-game losing skid when it faces the New York Jets on Sunday.