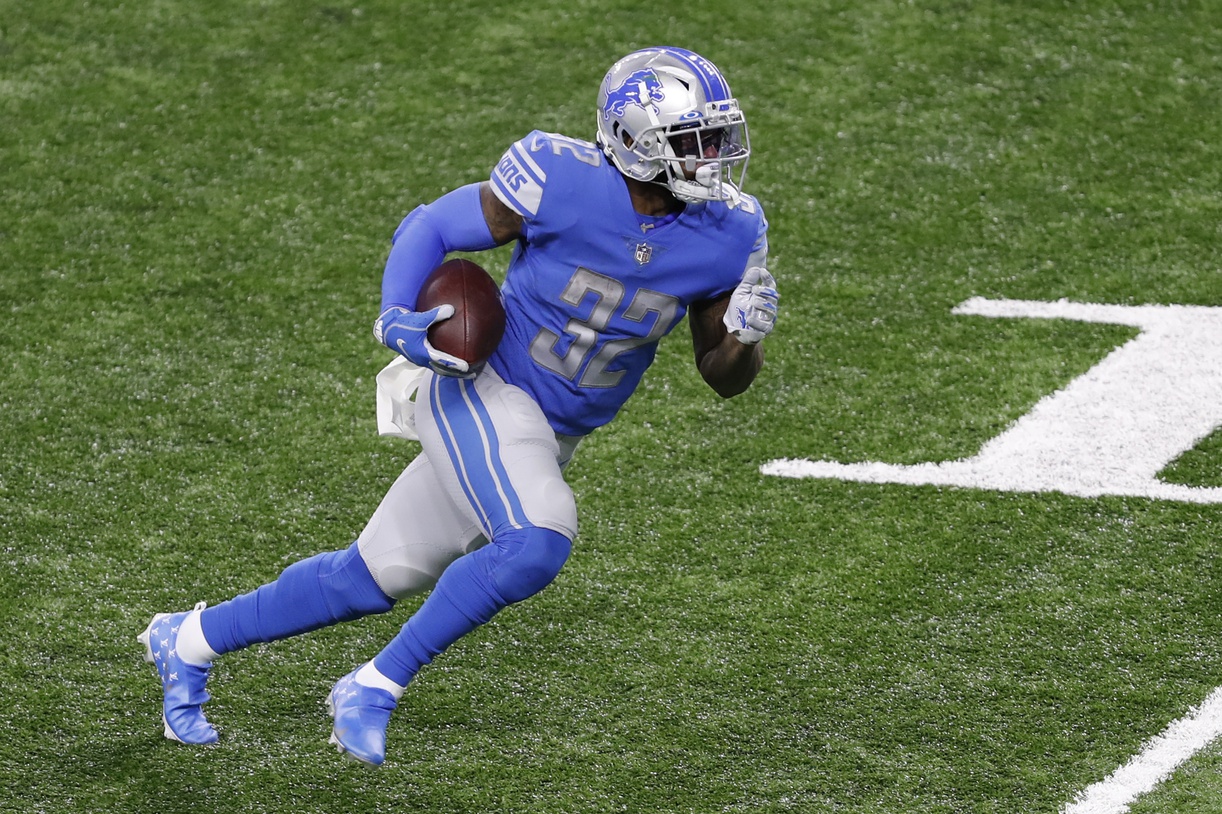 Detroit Lions running back D’Andre Swift’s status is questionable for Sunday’s game against the Carolina Panthers, as the Lions fear Swift has suffered a concussion.

Swift contributed 81 rushing and 68 receiving yards in his first career start last Sunday against Washington and was a full participant in practice on Wednesday. However, the Detroit Free Press reports that the rookie was absent from Thurday’s practice due to concussion-like symptoms.

“Swift did not practice Thursday because of a brain injury, leaving his status for Sunday’s game against the Carolina Panthers in doubt,” wrote Dave Birkett.

It is unclear when Swift’s injury started, and it is also unlikely for Swift to return to playing shape in time for this Sunday due to the NFL’s concussion protocol.

It is a five-step process requiring on- and off-field drills, tests and an independent neurological evaluation. Assuming optimal results, Detroit will have to platoon the running back position for at least this week with Kerryon Johnson and Adrian Peterson. Peterson is averaging just 3.8 yards per carry this season, while Johnson is averaging 3.7 yards per carry.

Despite the protocol, Lions offensive coordinator Darrell Bevell is still coordinating the game plan for Swift.

“It’s kind of been a process for (Swift),” Bevell said. “He wasn’t able to get as many reps as we hoped that he would of at the start of training camp with some of the things that he was working through, so we feel like we got him up to speed and he’s in a good spot and then showed up in the game. He did a great job with the run game. We were able to get him involved in the pass game as well. And as you watched the games prior, I think you can kind of see some of the things that were coming and how we were using him. He stepped up.”

The timing of the injury situation is a blow for the Lions (4-5), who have two games in six calendar days, starting with the Panthers on Nov. 22 and the Houston Texans on Thanksgiving, Nov. 26.