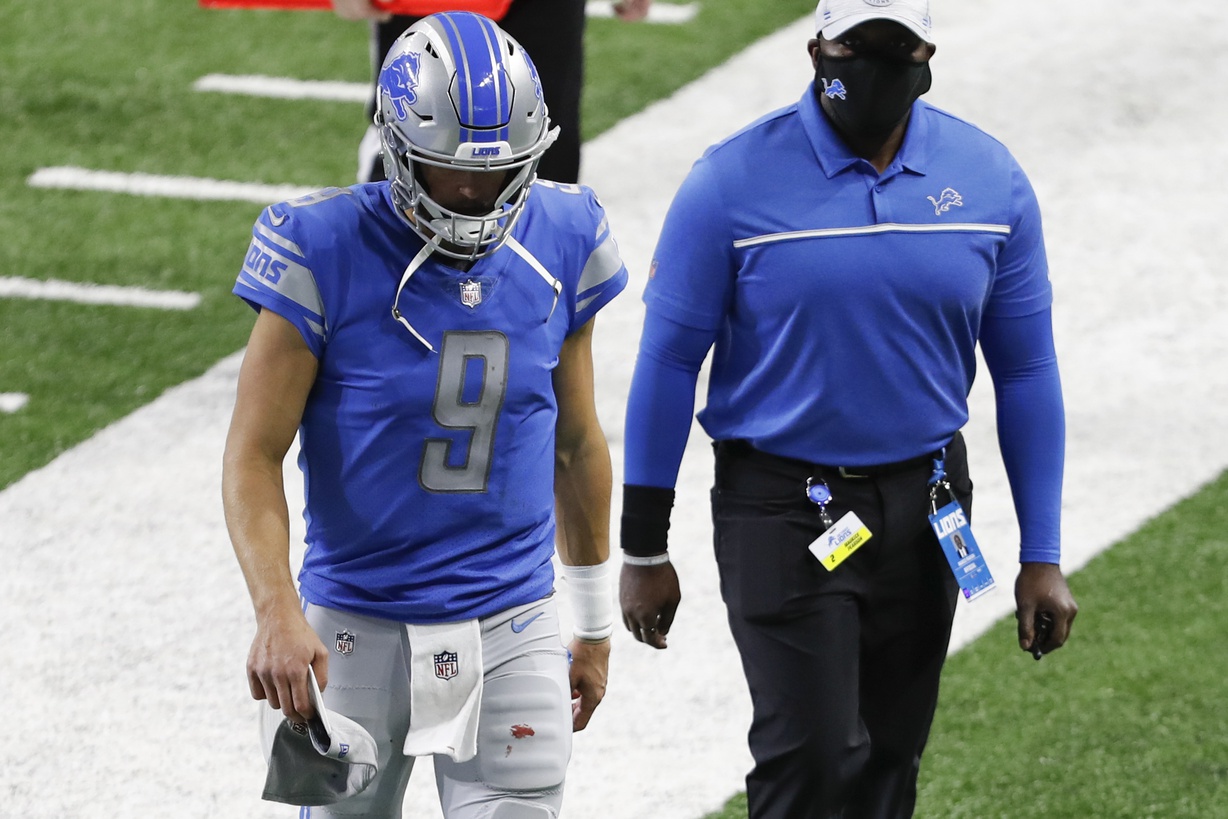 The Detroit Lions could be without star quarterback Matt Stafford for quite some time after the gunslinger was placed on the reserve/COVID-19 list on Wednesday.

“The team announced on Wednesday that Matthew Stafford has been placed on the reserve/COVID-19 list,” Josh Alper of Pro Football Talk reported. “The reason for the placement was not given as teams are not permitted to say whether players go on because of positive tests or close contact with someone who has tested positive. The Lions did not report any positive tests on Wednesday morning.”

Stafford has played well so far this season despite his Lions currently holding a 3-4 record on the year. On the season, Stafford has passed for 1,916 yards and 13 touchdowns with just five interceptions.

Earlier this week, Lions linebacker Jarrad Davis was also placed on the reserve/COVID-19 list, though the team says the two developments are not related.

If Stafford does have to miss his team’s upcoming game against the Minnesota Vikings, Chase Daniel will presumably get the start.