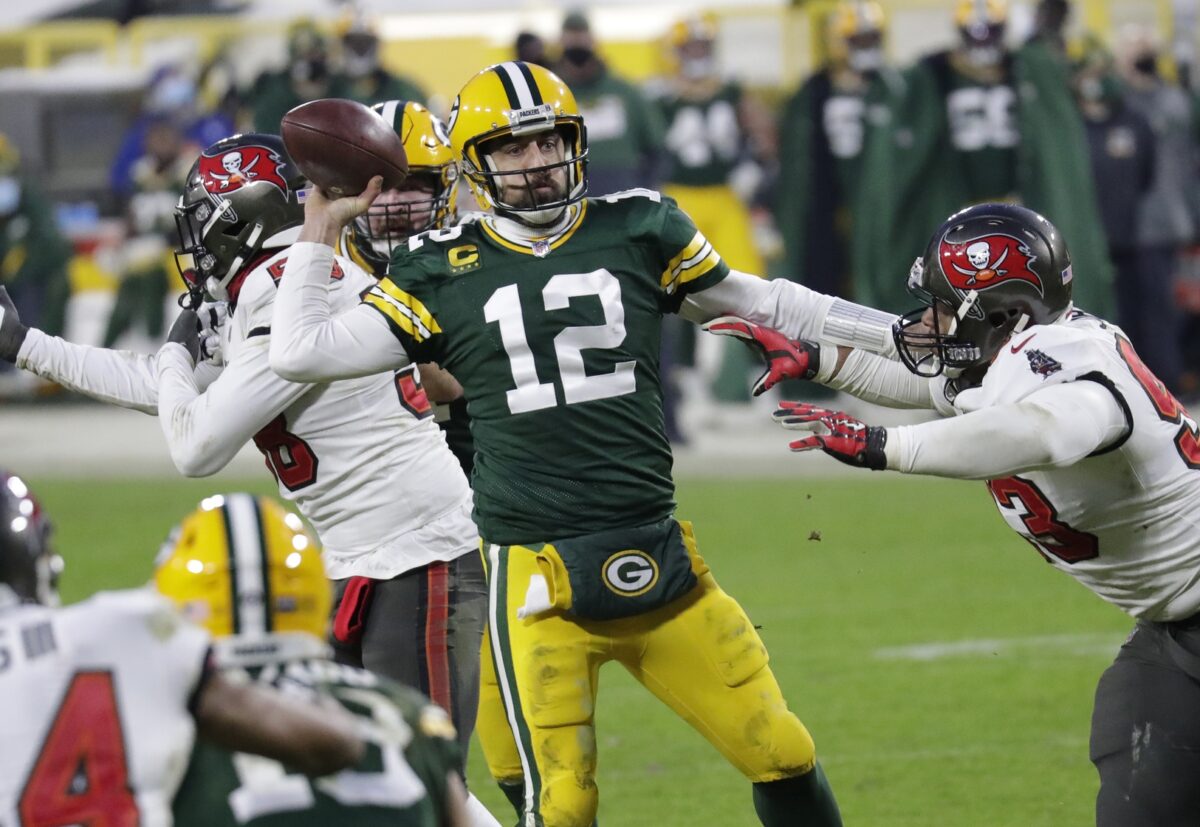 Green Bay Packers quarterback Aaron Rodgers has been sending some mixed signals about his future.

The Packers lost to the Tampa Bay Buccaneers in the NFC Championship Game on Sunday.

Afterwards, Rodgers explained how his future was uncertain with the franchise.

However, he seems to have changed his tone after a recent appearance on the Pat McAfee Show.

"I don't feel like I said anything that I hadn't said before.. It was just more of a realization I think that ultimately my future is not necessarily in my control…

“Rodgers said he didn’t think he said anything different from he’s said in the past and that he was giving ‘real answers’ because he’s come to the realization that ‘ultimately my future is not necessarily in my control,’” ProFootballTalk’s Josh Alper wrote. “He also said he doesn’t expect to be anywhere else.”

The two-time MVP had a much more positive tone on his future in Green Bay.

“After the season that I had, potentially winning MVP, and we obviously made another good run, I don’t think that there’s any reason why I wouldn’t be back,” Rodgers said. “But there’s not many absolutes, as you guys know, in this business. To make an absolute statement about something that is not an absolute, I didn’t do it. I guess that’s why it went kinda nuts.”

The Packers drafted quarterback Jordan Love in the first round of the 2020 NFL Draft.

However, Rodgers responded with a career year.

He threw for 4,299 yards, 48 touchdowns and just five interceptions while leading Green Bay to a 13-3 record in the regular season.

It seems like the Packers should keep Rodgers around even if they have his successor on their roster.