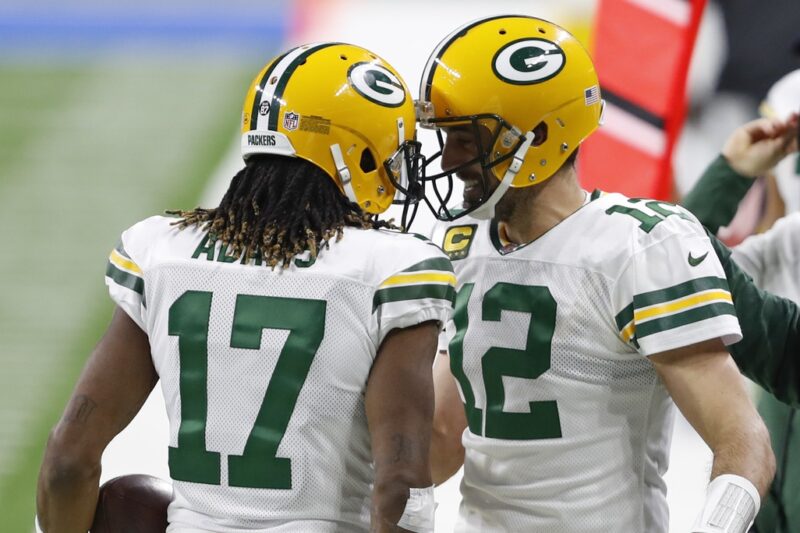 After the news that Aaron Rodgers had become disgruntled with the Green Bay Packers organization in late April, the standoff between the team and its star quarterback has continued to drag on.

Rodgers’ issues seem to be with the front office and not the players. Just recently, Packers wide receiver Davante Adams made it clear that he has his teammate’s back.

Davante Adams talked about his connection with Aaron Rodgers. pic.twitter.com/pAEyoQMBZ1

While Adams did voice his support for Rodgers, he also stated that his stance is not a slight at Green Bay’s front office.

“I think that any GM, any president, any owner, they should want the type of guys that are backing their players, especially a player like that,” Adams said. “That’s just a good trait to have. It’s not like I’m saying, ‘Forget the front office,’ like I don’t respect what they have going on. I’m just saying I back my guy up.”

Adams and Rodgers have shown great partnership on the field ever since the Packers drafted Adams in the second round of the 2014 NFL Draft.

Adams was named to the Pro Bowl for four straight years from 2017 to 2020. He was also the league’s receiving touchdowns leader last season.