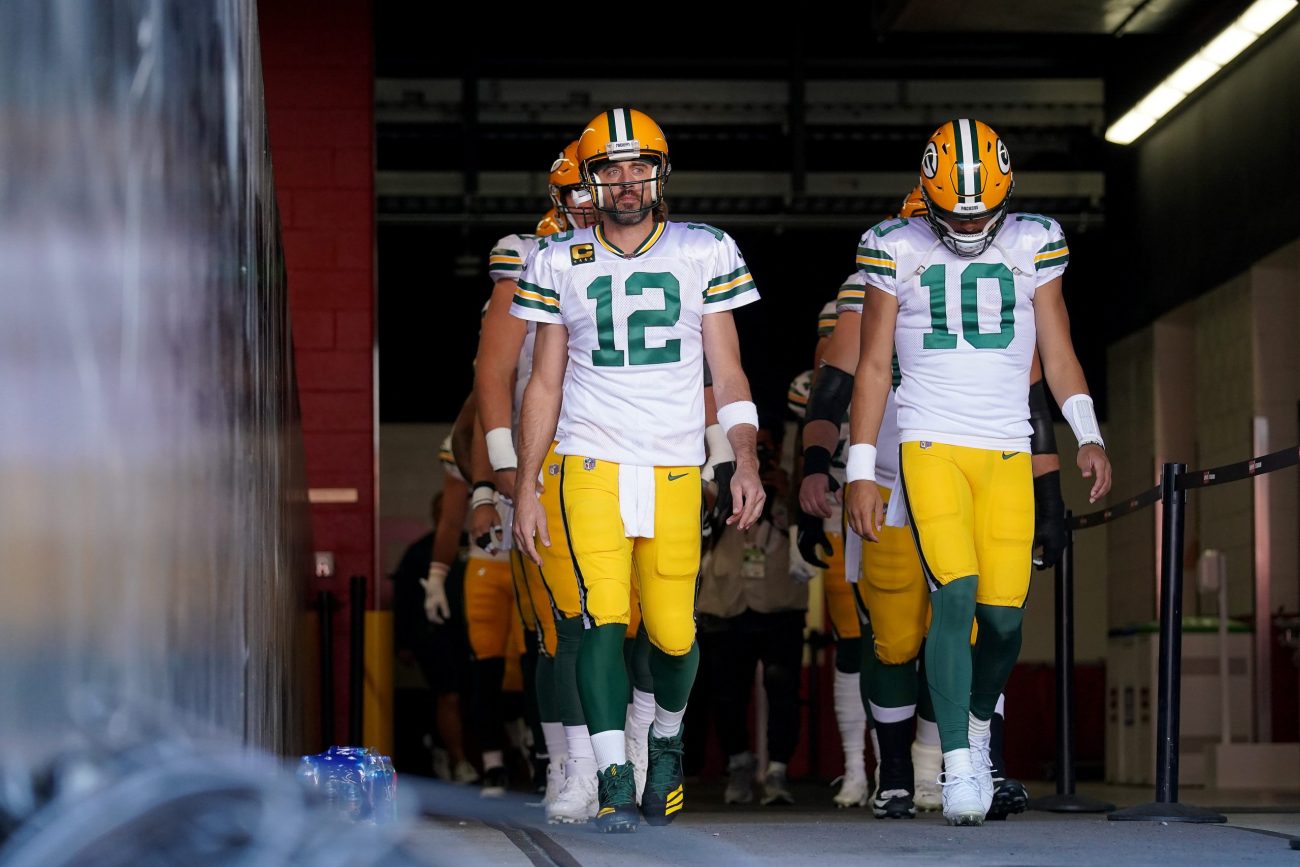 The Green Bay Packers got some tough news on Wednesday, as they’ll reportedly be without quarterback Aaron Rodgers this Sunday against the Kansas City Chiefs.

The future Hall of Famer reportedly tested positive for COVID-19.

As a result, young quarterback Jordan Love will make his first career start.

Rodgers informed teammates a few minutes ago of his positive test. Jordan Love will get his first NFL start against Patrick Mahomes on Sunday in Kansas City. https://t.co/VFPucQaT4S

This could be a look into the future for Packers fans, with many folks believing that Love will take over the quarterback position in Green Bay once Rodgers leaves the organization.

Love opened some eyes over three seasons at the collegiate level. During his final season at Utah State University, he completed 61.9 percent of his passes for 3,402 yards and 20 touchdowns over 13 games.

He’ll be in for a tall task this weekend, as he’ll look to take down Patrick Mahomes and the Chiefs on the road.