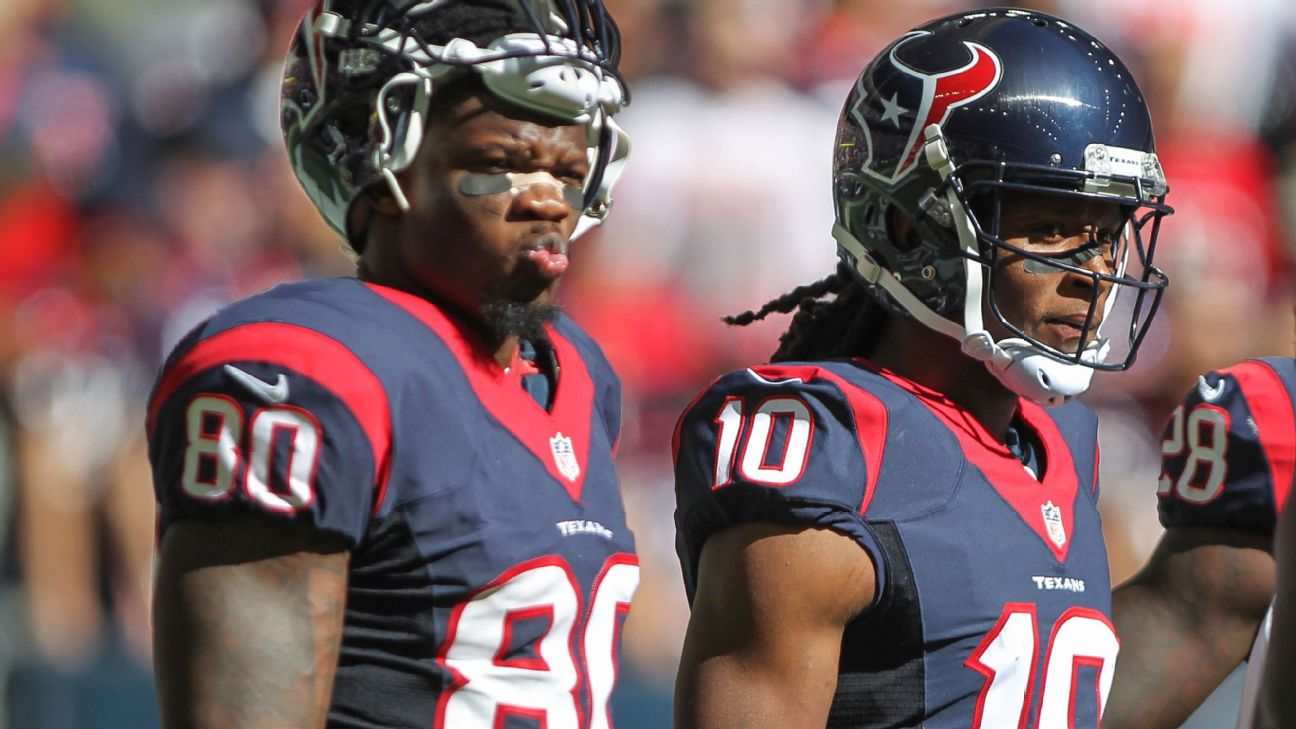 The Houston Texans are under siege with current star quarterback Deshaun Watson and former stars Andre Johnson and DeAndre Hopkins blasting the franchise for wasting the careers of its best players.

In the aftermath of Watson’s displeasure with the team, Johnson took to Twitter to vent about the team he spent 12 years with during his NFL career. Arizona Cardinals superstar DeAndre Hopkins agreed with what his former Texans teammate had to say.

As if the team wasn’t in a bad enough place due to Watson’s situation, the fact that two of the franchise’s biggest stars of the past went out of their way to bash the organization will only make things that much more difficult moving forward.

Johnson, Hopkins and Watson criticizing the team may make it tough to convince players to sign with the organization in the future.

Watson’s fate hangs in the balance as he could very well try to force his way out of town. A trade is a distinct possibility as a rumor surfaced that he’d be willing to waive his no-trade clause if he can land with the Miami Dolphins.

Only time will tell how things pan out for the Texans as they’ll have to try to correct this situation during the offseason, but beginning a rebuilding process might be in the works if things can’t get ironed out with Watson.