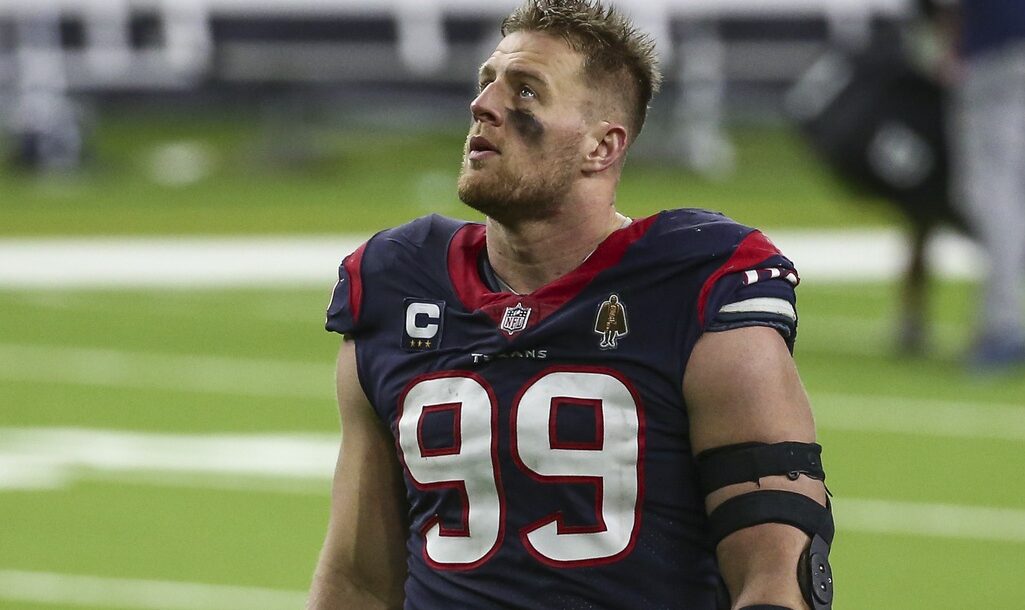 The Houston Texans are having a rough offseason with the once-perennial playoff team seeing its best players wanting to leave the squad. First, Deshaun Watson requested to be traded, and now J.J. Watt has been released.

The three-time Defensive Player of the Year took to Twitter on Friday morning to tell Texans fans that he has mutually agreed to part ways with the franchise that drafted him out of the University of Wisconsin in 2011.

Houston, I wanted you to hear this directly from me… pic.twitter.com/YqT3P6Lb6l

“I wanted to do this on video as opposed to putting out a statement or doing a press conference or anything like that because I want you guys to hear it directly from me,” Watt said. “I want to speak directly to you and the city of Houston, so you can hear the words straight from my mouth. I have sat down with the McNair family, and I have asked them for my release, and we have mutually agreed to part ways at this time.

“I came here 10 years ago as a kid from Wisconsin, who had never really been to Texas before, and now I can’t imagine my life without Texas in it. The way that you guys have treated me, besides draft night. You guys booed me on draft night, but every day after that you treated me like family, and I truly feel like you’re my family.

“Since that day, I have tried to do everything in my power to work and earn your respect and try to make you proud on and off the field. You guys have given me everything and more, and I can only hope you feel like I have given you everything I have.

“The city of Houston has been unbelievable to me. It’s where I met my wife. It’s where I’ve met lifelong friends and my teammates. I’ve had incredible coaches, training staff and equipment staff and cafeteria workers and the weight room staff and the front office people. People on the streets, people in restaurants and grocery stores and showing up at my house. The connection is special, and I will never ever take that for granted because I know how rare it is.

“I’m excited and looking forward to a new opportunity, and I’ve been working extremely hard, but at the same time it is always tough to move on, and I just want you guys to know that I love you, I appreciate you. I appreciate the McNair family for drafting me and giving me my first opportunity in the NFL.

With Watt set to become a free agent, it’ll be interesting to see if there’s considerable interest in his services and where he might land to finish out his career. He’ll almost certainly receive calls from teams around the league and might not be unemployed for very long.