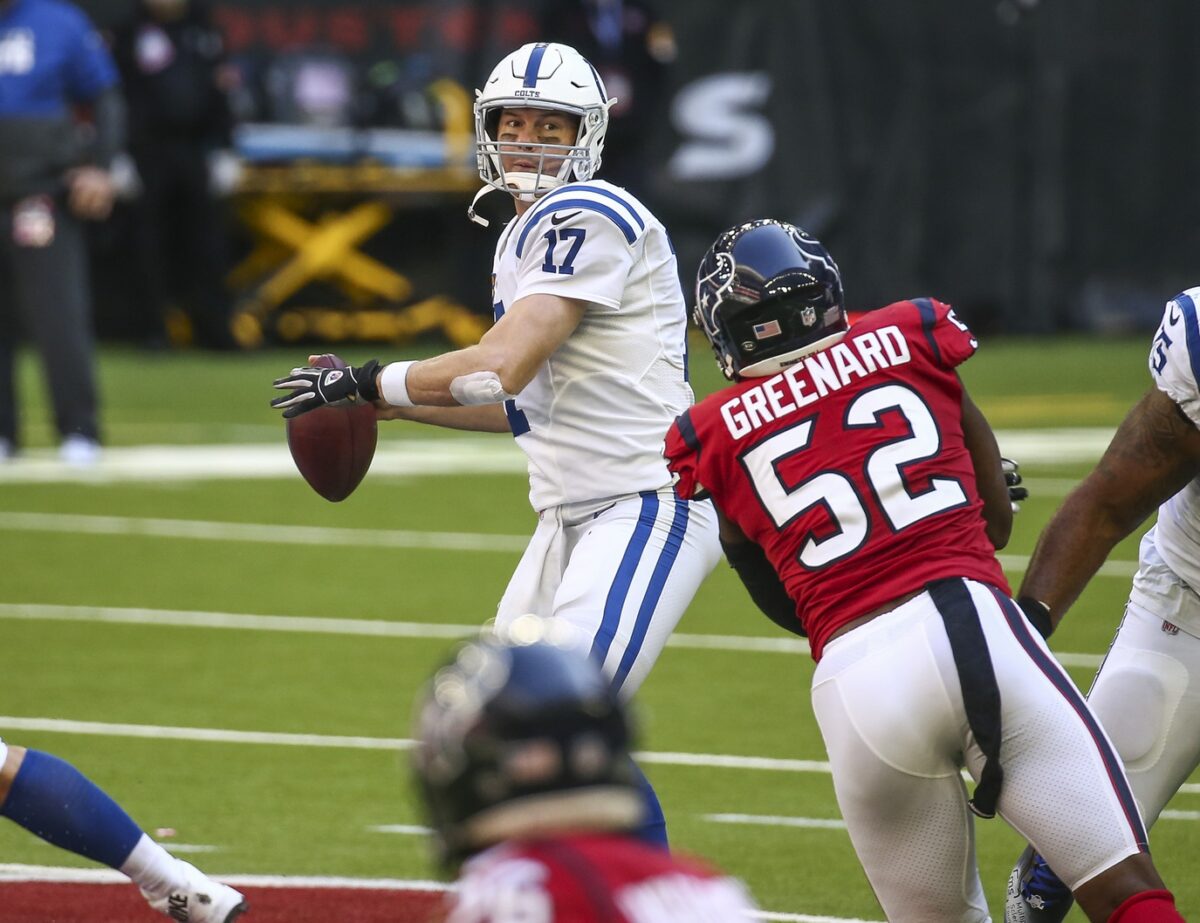 On Sunday, the Indianapolis Colts enjoyed a 26-20 victory over the Houston Texans.

Although quarterback Philip Rivers played well in the win, he’s been playing on a foot injury that will probably require surgery once the 2020 NFL season ends.

“Yeah, I mean, rather than getting into the details of everything, shoot, I’m just working each week, finding a way to be out there,” Rivers said, via quotes distributed by the team. “I don’t feel any limitations as far as what I can do out there. It’s just a matter of managing it week to week at this point.”

Rivers had a very strong game against the struggling Texans, completing 27 of 35 passes and throwing for two touchdowns to help the Colts improve to 8-4.

The former Los Angeles Charger is now close to turning 39, yet he’s continuing to play at a high level.

He signed a one year deal with the Colts this past offseason after playing under center for the Chargers for 16 years. Thanks to his leadership, Indianapolis is in position to return to the playoffs.

It will not be easy, however, as the Colts will face the surprising Las Vegas Raiders next week, then proceed to a showdown with the currently undefeated Pittsburgh Steelers in Week 16.