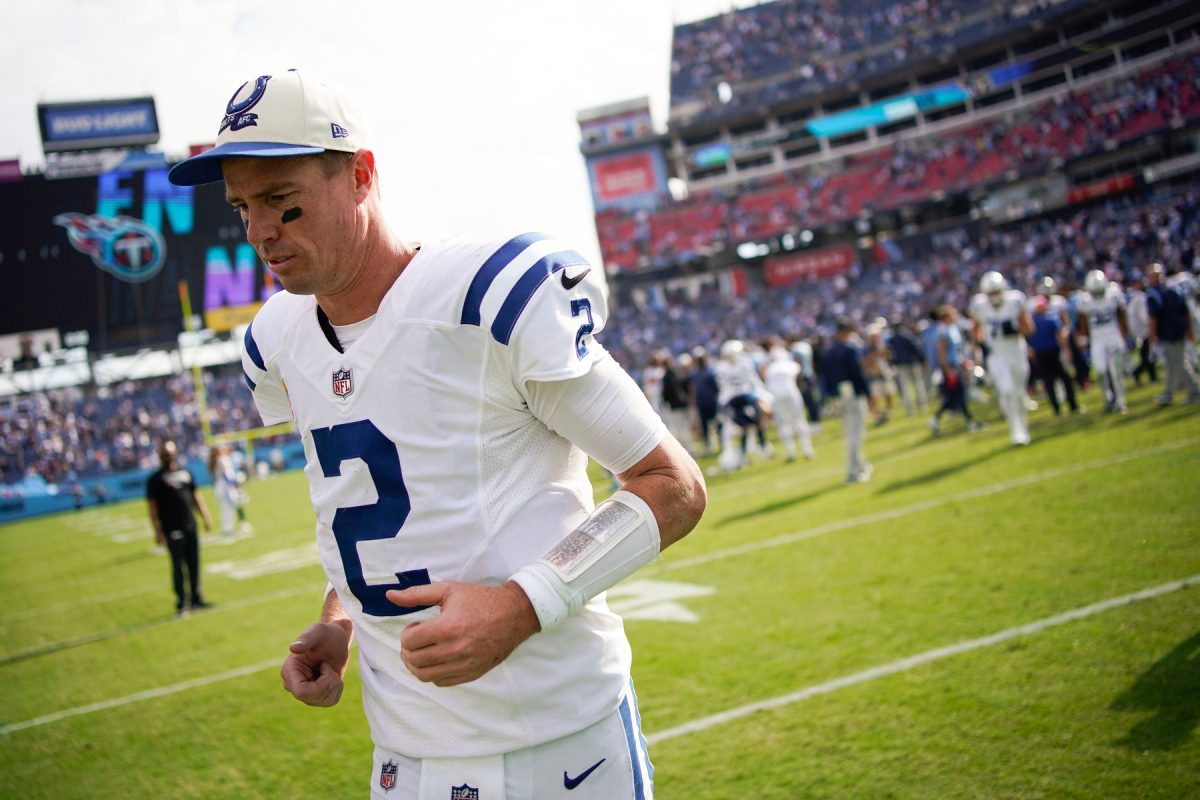 The Indianapolis Colts made a shocking move this week, as head coach Frank Reich announced that the team benched veteran quarterback Matt Ryan.

Ryan was replaced by Sam Ehlinger, and it’s a move that is expected to remain in place for the rest of the 2022 season.

To clarify: the Colts are making the switch at QB regardless of Matt Ryan's injury. The plan, as of now, is for Sam Ehlinger to be the starting quarterback the rest of the season.

The Colts acquired Ryan in a trade with the Atlanta Falcons this past offseason, but the former MVP has struggled mightily in the 2022 campaign. The Colts, who were expected to contend for a playoff spot in the AFC, are just 3-3-1 on the season and have one of the worst offenses in the NFL.

The Colts' offense Sam Ehlinger will try and give a spark to:

With Ryan heading to the bench, ESPN’s Jeremy Fowler discussed the possibility of the quarterback considering retirement.

“Dan, the Matt Ryan side of the Colts’ QB chaos can’t go underplayed; there’s a real possibility Ryan is done,” Fowler wrote. “I’m told Ryan, upon agreeing to the Indy trade, had considered the dynamics that, if this were his last stop and proved to be a one-and-done, then he essentially has a $12-million pension waiting for him in 2023 (the guarantee you mention above). Quasi-retirement will be an option I expect Ryan, 37, to at least consider.”

Ryan is under contract for the 2023 season, but it appears that he may consider walking away from football rather than spending the season as a backup. Even though the Colts thought Ryan had something left in the tank when they traded for him, it’s hard to see the team going back to him.

In seven games in the 2022 campaign, the 37-year-old has completed 68.4 percent of his passes for 2,008 yards, nine touchdowns and nine interceptions. He’s thrown at least one interception in five of his seven starts this season, and he’s also lost three fumbles.

The Colts are still alive in the AFC South division race, as the Tennessee Titans lead the division with a 4-2 record. However, Indy has already lost both of its games against Tennessee this season and also tied with the lowly Houston Texans.

Ehlinger, a sixth-round pick in the 2021 NFL Draft, has not attempted a pass in the NFL in a regular season game.

The fact that the Colts are willing to turn things over to him at this juncture in the 2022 season shows how little confidence they have in Ryan leading them to postseason.

A four-time Pro Bowler and one-time All-Pro, Ryan has put together a fantastic career in the NFL. Unless things change in Indianapolis or another team wants to acquire Ryan, it’s quite possible he has played his final snap in the NFL.