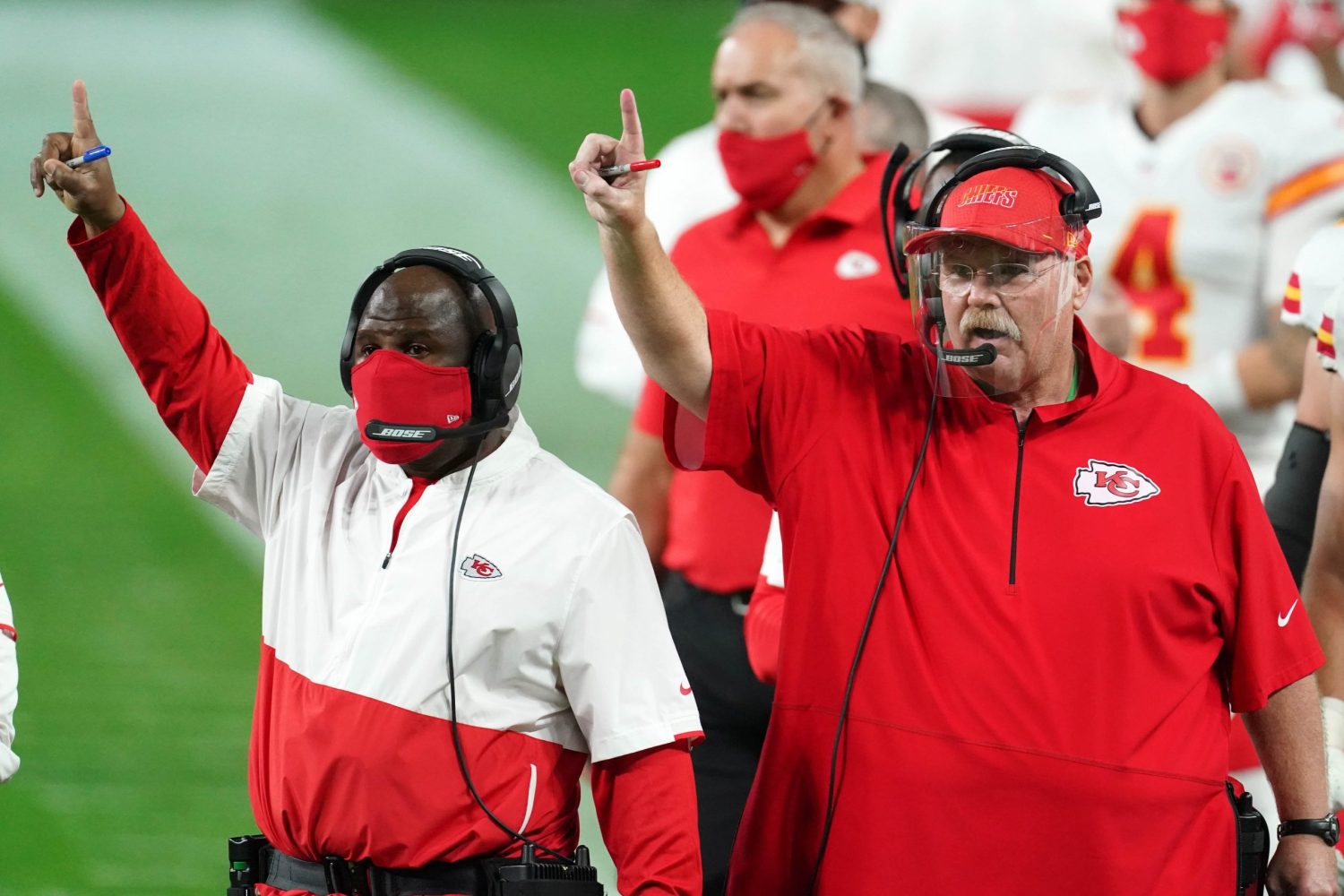 The Kansas City Chiefs have a crucial offseason ahead of them.

The team could be on the hunt for a new offensive coordinator if Eric Bieniemy ends up leaving the organization. Head coach Andy Reid is reportedly going to meet with him soon to discuss his future with the Chiefs.

“Chiefs offensive coordinator Eric Bieniemy’s one-year contract is set to expire, as has been the case in recent seasons, and his future in Kansas City is uncertain, sources tell ESPN,” wrote Adam Schefter.

“Bieniemy and Chiefs head coach Andy Reid are expected to soon meet and discuss their futures, whether they envision them together in Kansas City or apart, according to league sources.”

Kansas City’s 2021 season ended in disappointment after the team lost in the AFC Championship Game. It was looking to earn its third straight Super Bowl appearance this year. However, the Cincinnati Bengals stopped the Chiefs in their tracks.

The Chiefs claimed the Super Bowl during the 2019 season, defeating the San Francisco 49ers 31-20. They showed how potent the team’s offense was by scoring 21 points in the fourth quarter of that match.

In the following season, Kansas City made the Super Bowl again and faced Tom Brady and the Tampa Bay Buccaneers. Despite having the No. 1-ranked offense in the league during that regular season, the Chiefs scored only nine points against the Buccaneers and failed to record a touchdown. Kansas City lost the game 31-9.

This year, the Chiefs showcased a top-tier offense again on their way to a 12-5 standing in the regular season.

It will be interesting to see if the team is be able to maintain its offense next season. The organization already lost quarterbacks coach Mike Kafka, who was hired by the New York Giants to be their offensive coordinator.

Kansas City is likely hoping that it will be able to retain the services of Bieniemy. The 52-year-old has been with the franchise since 2013. He was promoted to offensive coordinator in 2018.