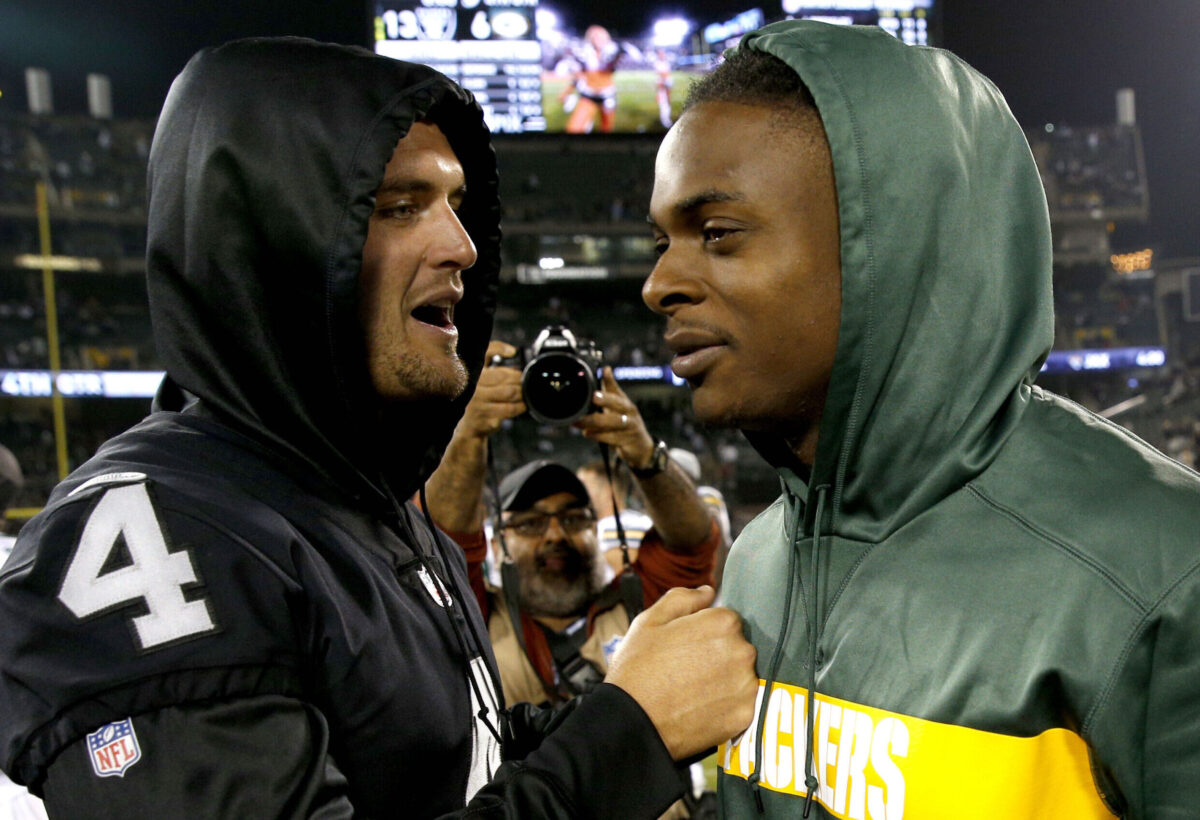 Las Vegas Raiders quarterback Derek Carr recently indicated that he is going to do whatever it takes to get Green Bay Packers star wide receiver Davante Adams to sign with the Raiders.

“I’ll buy him a car,” Carr said during a recent appearance on Cris Collinsworth’s podcast. “Whatever I gotta do, I’mma offer that man. Because I know he’d fit in great with the receivers that we have here. … He’s my best friend.”

The two players have a very close relationship which started when the two were teammates at California State University, Fresno.

Adams is under contract with the Packers for one more season, but it sounds like Carr is going to do everything in his power to get him in a new uniform once the deal ends.

Adams is a four-time Pro Bowler and is widely regarded as one of the best wide receivers in the NFL. In the 2020 season, he totaled 115 receptions for 1,374 yards while scoring a league-best 18 touchdowns. He also led the league with an average of 98.1 receiving yards per game.

Carr and Adams would make for a dynamic duo. Many fans perceive Carr to be one of the more underrated quarterbacks in the NFL. In his 2020 campaign, he posted a career-best quarterback rating of 101.4. He completed 67.3 percent of his passes for 4,103 yards and 27 touchdowns.