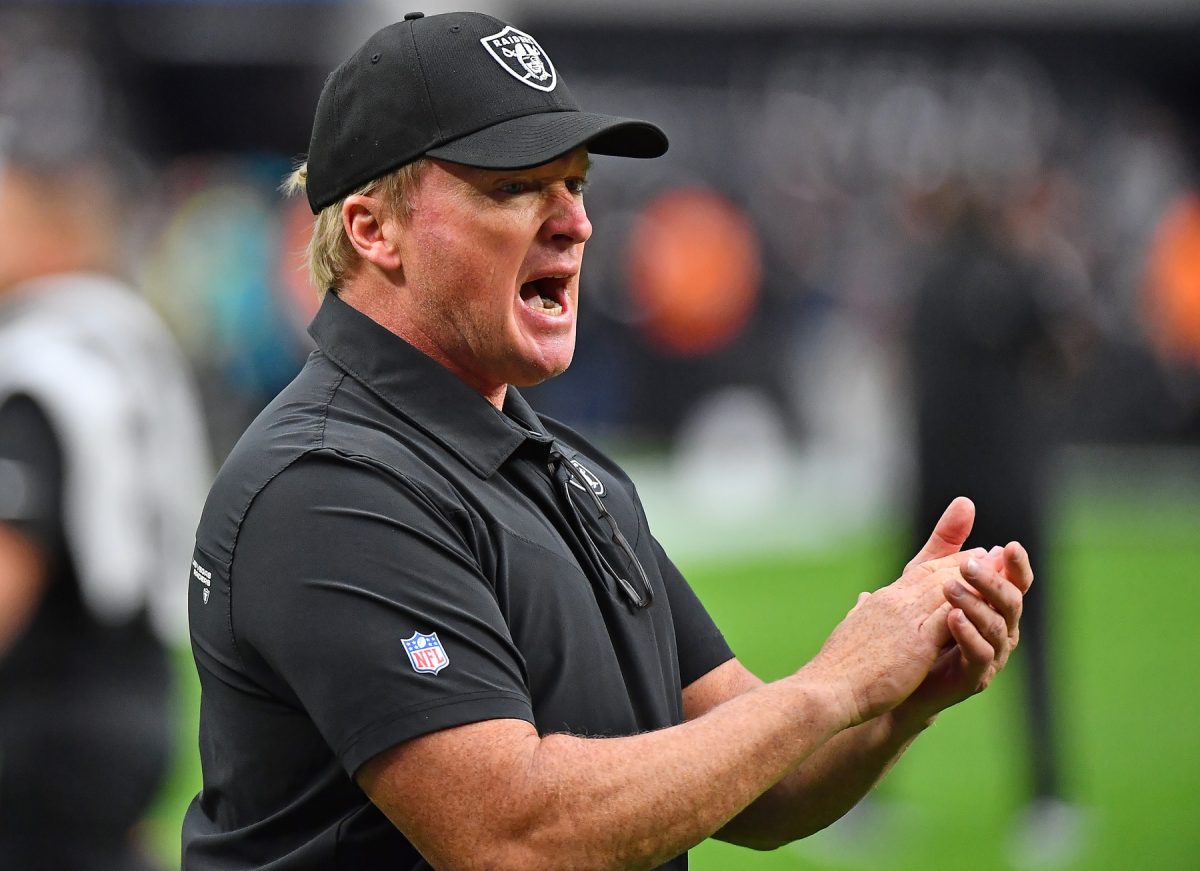 Las Vegas Raiders head coach Jon Gruden is out as of Monday amidst the revelation that he made bigoted comments in some emails he sent.

The emails in question contained misogynistic and homophobic pejoratives and were sent a few years ago before being hired by the Raiders.

“Gruden’s messages were sent to Bruce Allen, the former president of the Washington Football Team, and others, while he was working for ESPN as a color analyst during ‘Monday Night Football,’ the sports network’s weekly prime-time telecast of N.F.L. games,” wrote Ken Belson and Katherine Rosman of the New York Times. “In the emails, Gruden called the league’s commissioner, Roger Goodell, a ‘f—-t’ and a ‘clueless anti football p—y’ and said that Goodell should not have pressured Jeff Fisher, then the coach of the Rams, to draft ‘queers,’ a reference to Michael Sam, a gay player chosen by the team in 2014.”

In addition, Gruden also attacked a couple of famous politicians.

Gruden has been an NFL head coach for many years going back to the 1990s. He started out with the Raiders when they were based in Oakland, then moved on to the Tampa Bay Buccaneers, with whom he won a Super Bowl.

The Raiders were looking good to start this season, as they won each of their first three games. But they are now coming off back-to-back losses to the Los Angeles Chargers and Chicago Bears.