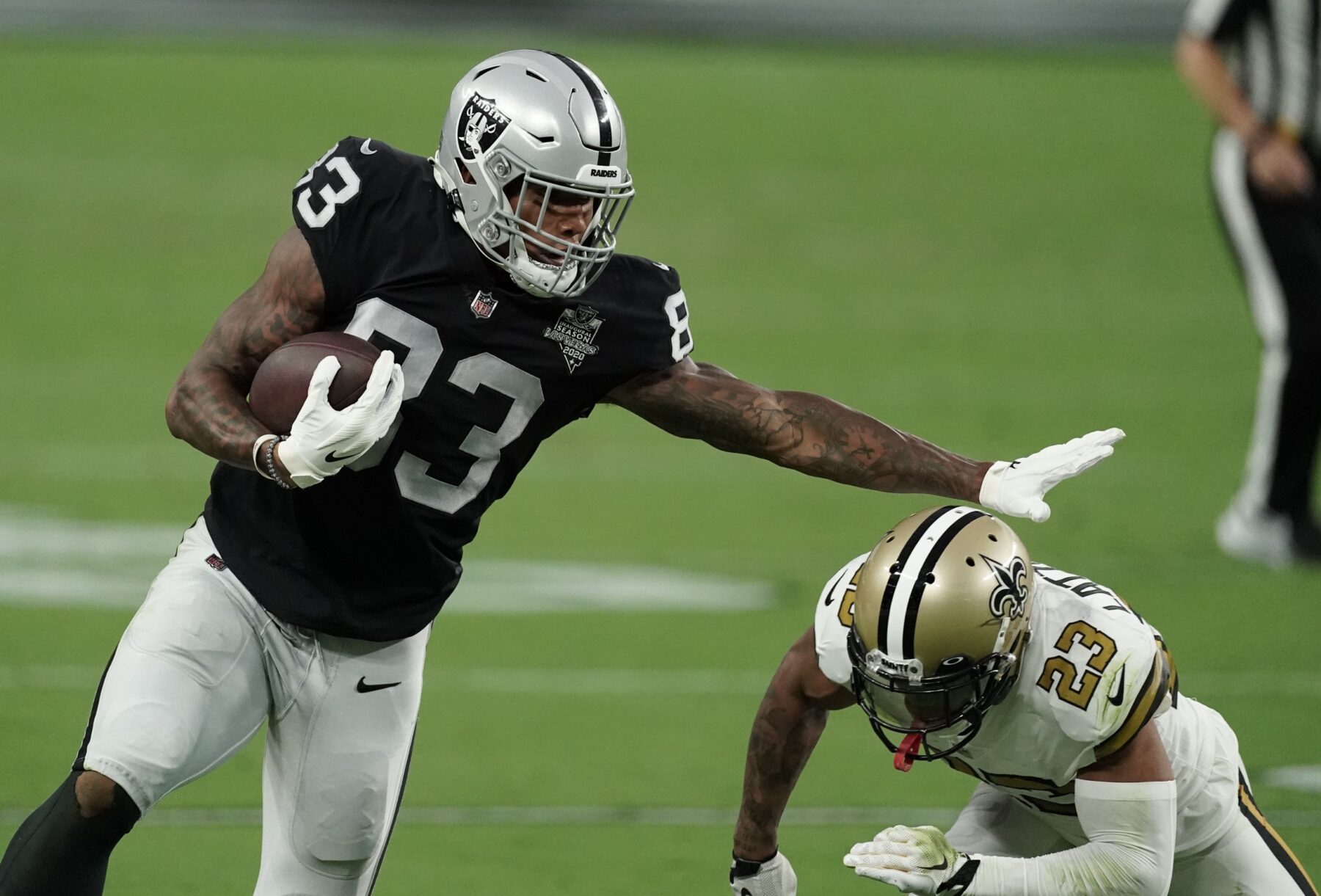 The Las Vegas Raiders will likely be with two of their best offensive players on Sunday against the New England Patriots, according to ESPN’s Adam Schefter.

Running back Josh Jacobs and tight end Darren Waller, who both missed practice on Wednesday and Thursday this week, are expected to suit up on Sunday.

Both players had been considered questionable for Sunday’s contest.

Raiders’ TE Darren Waller (knee) and RB Josh Jacobs (hip) – both listed as questionable for Sunday’s game in New England against the Patriots – both are expected to play, per source.

Jacobs is in his second year out of the University of Alabama. The young running back had a monster game in Week 1, scoring three touchdowns.

Waller, on the other hand, was a key cog in the Raiders’ Week 2 win over the New Orleans Saints.

The Raiders are looking to improve to 3-0 on the 2020 NFL season when they take on Bill Belichick and the Patriots.