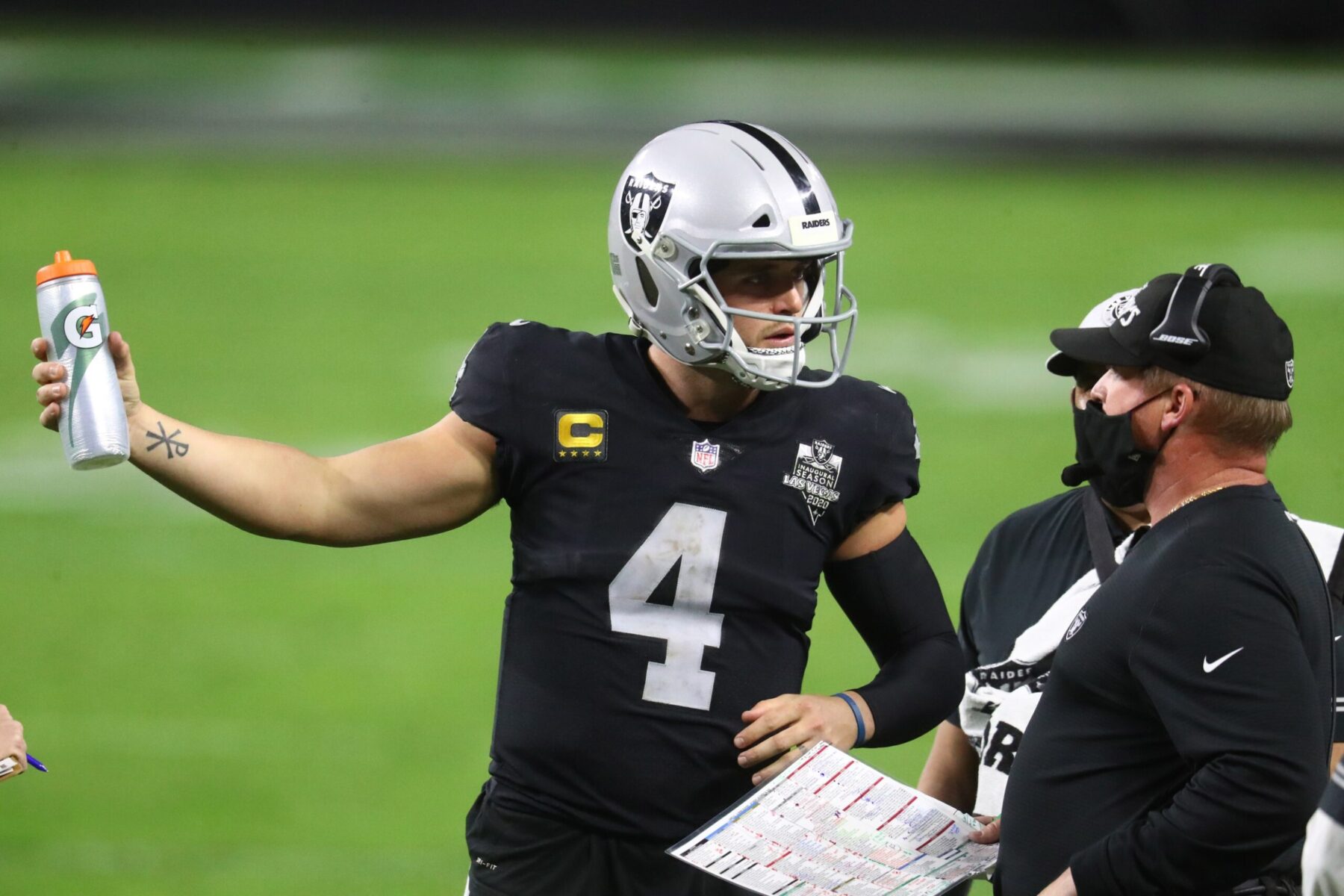 On Saturday, the Las Vegas Raiders suffered a heart-wrenching loss in the final seconds to the Miami Dolphins and were knocked out of playoff contention.

It has led to Raiders quarterback Derek Carr making a very specific New Year’s resolution for 2021.

The Raiders have had high hopes for the last couple years, especially when they hired head coach Jon Gruden two seasons ago. The team’s move from Oakland, Calif. to Las Vegas, Nev. also generated some hope among fans.

However, this will be the fourth straight year that the Raiders will not participate in the NFL playoffs. In fact, since their last trip to the Super Bowl following the 2002 season, they have reached the postseason only once.

Carr has had a solid season, as he’s among the league leaders in passer rating. However, many of the Raiders’ overall issues this season can be traced to the defensive side of the ball.

At age 29, he should have plenty of strong seasons left as long as he remains healthy.