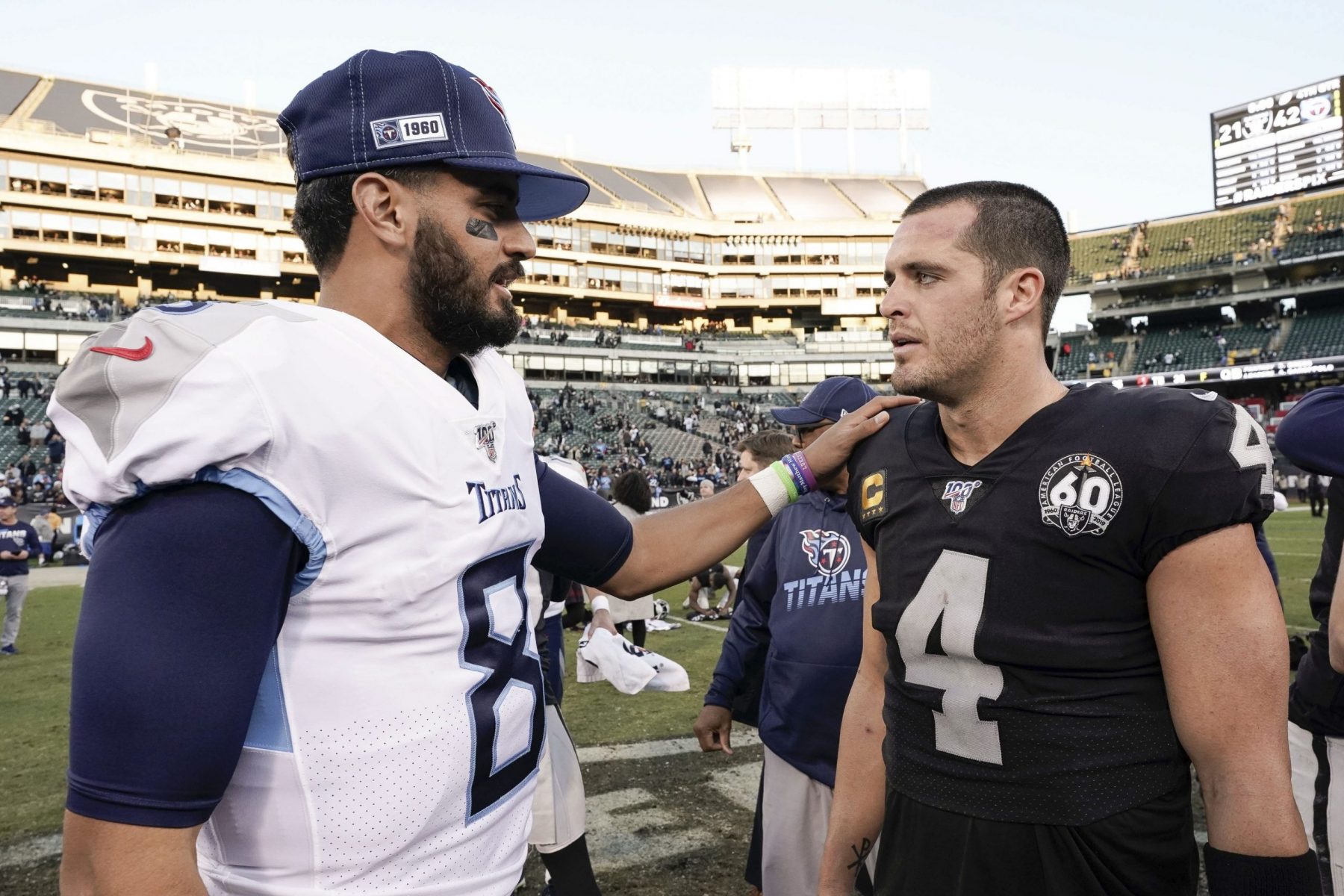 Veteran quarterback Derek Carr may not be looking over his shoulder for the next few weeks with the Las Vegas Raiders losing newcomer Marcus Mariota to a mysterious injury ahead of Week 1.

Mariota was reportedly put on the injured reserve list on Monday.

After the Raiders signed Mariota early in the NFL offseason, speculation started to run rampant about whether it would be a make-or-break year for Carr. Mariota was brought in for insurance and to put some pressure on the veteran.

Although Carr was once an NFL MVP candidate and helped snapped the team’s long playoff drought in 2016, he hasn’t been the same since that breakout year with three straight losing seasons.

Mariota, the longtime Tennessee Titans starting quarterback, took a back seat to Ryan Tannehill last season, making him expendable. Tannehill led the team to the AFC championship game after taking over for the benched Mariota.

Mariota started in six of the seven games he played for the Titans last season, passing for 1,203 yards, seven touchdowns and two interceptions. He was once considered the face of the franchise for Tennessee but never lived up to expectations and hopes for a fresh start with the Raiders.