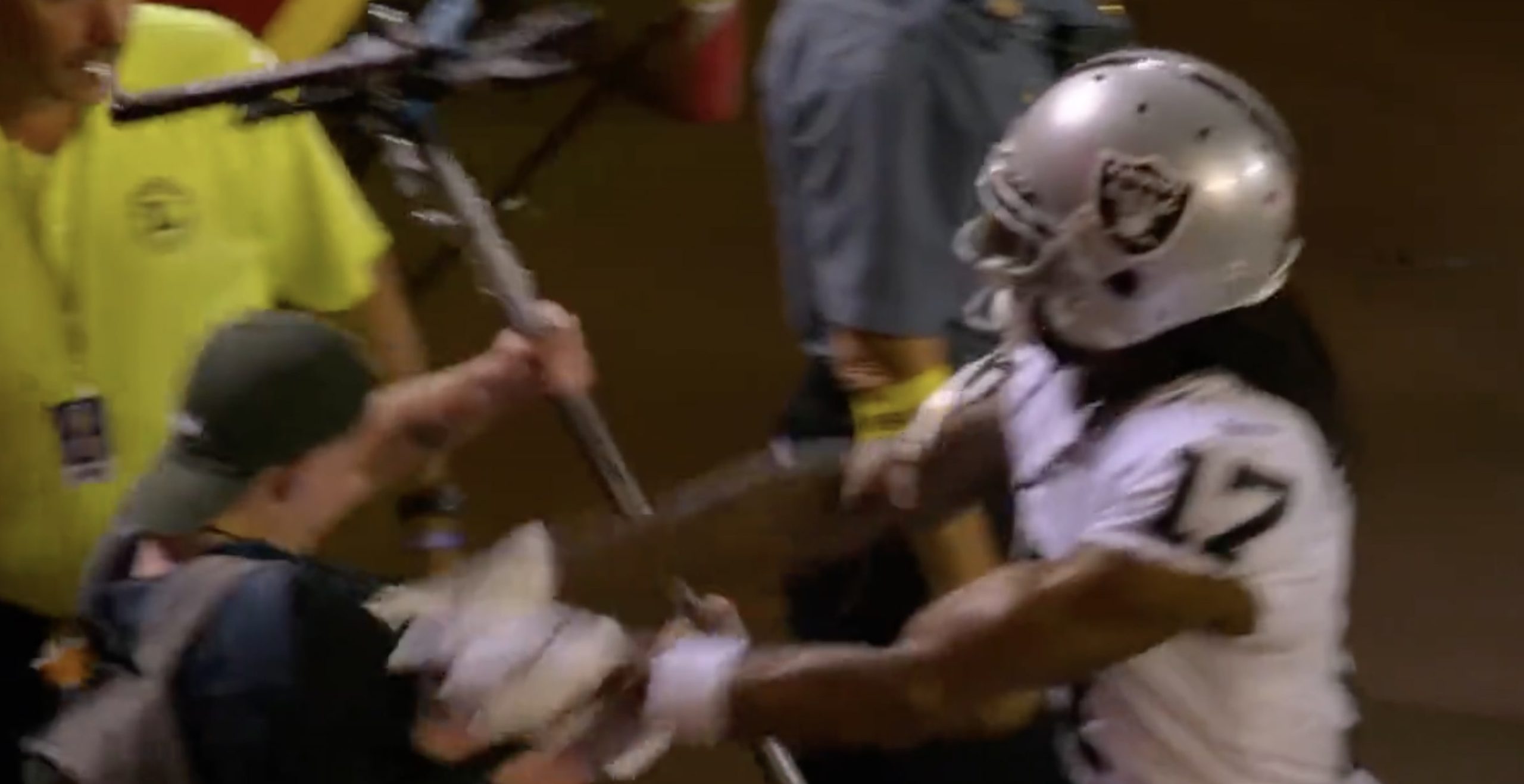 Following the Monday night showdown between the Las Vegas Raiders and Kansas City Chiefs, Raiders star receiver Davante Adams let his frustration get the better of him after the wild 30-29 loss.

As Adams was leaving the field, a professional cameraman seemingly got in the way of the star receiver.

Instead of allowing him to move or stepping past the cameraman, Adams decided to strongly shove the man. The cameraman fell over onto his back, and Adams walked on unapologetically.

Now, it looks like he’s going to have to do a whole lot more than just apologize. According to a Wednesday report, a misdemeanor assault charge has been handed down to Adams.

From the Kansas City Police Department: Charges were filed this morning in Municipal Court of Kansas City, Davante Adams was charged with Misdemeanor assault (50-169).

Adams due in Kansas City Municipal Court on Nov. 10.

Point of clarity on #Raiders WR Davante Adams: He has been charged with a city ordinance violation, which is a little lower than a state misdemeanor assault charge, per the prosecutor's office. It carries a fine of $250 to $1K or up to 180 days in jail or both.

With that in mind, there are some who are claiming that the push was not as malicious as the television broadcast made it seem.

Reporter Doug Gottlieb shared a different angle on Tuesday which did seem to show Adams accidentally bumping into the man before reflexively pushing him away.

Seems a little more clear from this angle that Davante didn’t see him at all.. he apologized, let’s move on pic.twitter.com/yk71Clyho6

Adams himself took to Twitter following the game to express his regret over the incident. Based on his words, it looks like it wasn’t much of an accident.

Sorry to the guy I pushed over after the game. Obviously very frustrated at the way the game ended and when he ran infront of me as I exited that was my reaction and I felt horrible immediately. Thats not me..MY APOLOGIES man hope you see this.

According to the varying opinions across social media at the moment, it seems some believe Adams deserves punishment from the law and NFL as a result of his actions, while others believe that the cameraman is simply taking advantage of a cash grab opportunity.

Whatever the case, the outcome of the situation is now in the hands of the Kansas City Police Department.

Fans can expect to hear an update on the case as Adams’ Nov. 10 court date approaches.

As for Adams, he’s having another impressive season despite the losses. Through five games with his new team, Adams has recorded 29 receptions for 414 yards and five touchdowns.