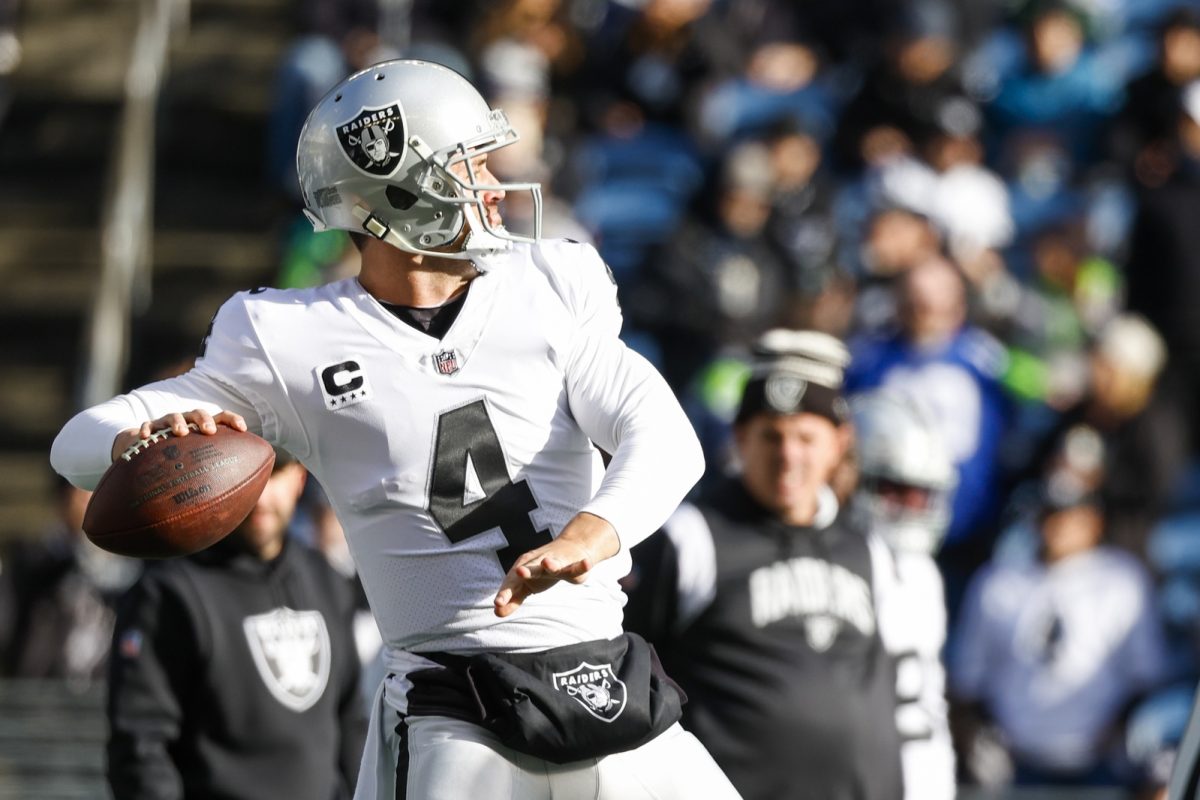 The Las Vegas Raiders reportedly are benching quarterback Derek Carr for Jarrett Stidham ahead of the team’s Week 17 game against the San Francisco 49ers.

Stidham, a fourth-round pick in the 2019 NFL Draft, has never started a game in his NFL career.

Raiders are benching Derek Carr and turning to Jarrett Stidham as their new starting QB.

Carr has thrown a league-leading 14 interceptions— including three Saturday night during a 13-10 loss to the Steelers.

Stidham has thrown only 61 passes and never has started an NFL game. pic.twitter.com/IJa1LfYGXT

Carr has really struggled in the 2022 season, leading the NFL with 14 interceptions. The Raiders are just 6-9 on the season, and first-year head coach Josh McDaniels appears to want to see what he has in Stidham before the end of the 2022 season.

Las Vegas made the playoffs last season, and the team had high expectations for its offense with Davante Adams joining the team in a trade with the Green Bay Packers in the offseason.

In 15 games, Carr has thrown for 3,522 yards and 24 touchdowns. He really struggled in the team’s loss to the Pittsburgh Steelers in Week 16. That loss didn’t eliminate the Raiders from the playoffs, but it puts them on the outside looking in heading into the final two weeks of the regular season.

The Raiders likely won’t even make Carr active on Sunday, which could signal that the team may look to trade him in the offseason.

While Jarrett Stidham as the Raiders’ new starting QB, his backup now will be QB Chase Garbers, leaving Derek Carr to be inactive Sunday.

Carr played in college with Adams, and playing with his college quarterback was a big reason why Adams wanted to come to Las Vegas.

Stidham and McDaniels go way back, as the young quarterback was with the New England Patriots when McDaniels was the team’s offensive coordinator.

Stidham has appeared in 11 games in the NFL across three seasons. He’s thrown for 342 yards, two touchdowns, four interceptions and completed 52.5 percent of his passes.

It’s likely that Stidham isn’t the long-term answer for Las Vegas, but if the team isn’t sold on Carr, it makes sense to see what else it has at the position.

Carr has led the Raiders to the playoffs twice in his NFL career, although an injury stopped him from playing in the team’s playoff game in the 2016 season.

The veteran quarterback has thrown for 217 touchdowns, 99 interceptions and 35,222 yards in his nine-year NFL career. The Raiders should be able to find a suitor for Carr in the offseason if they do want to move on from him.