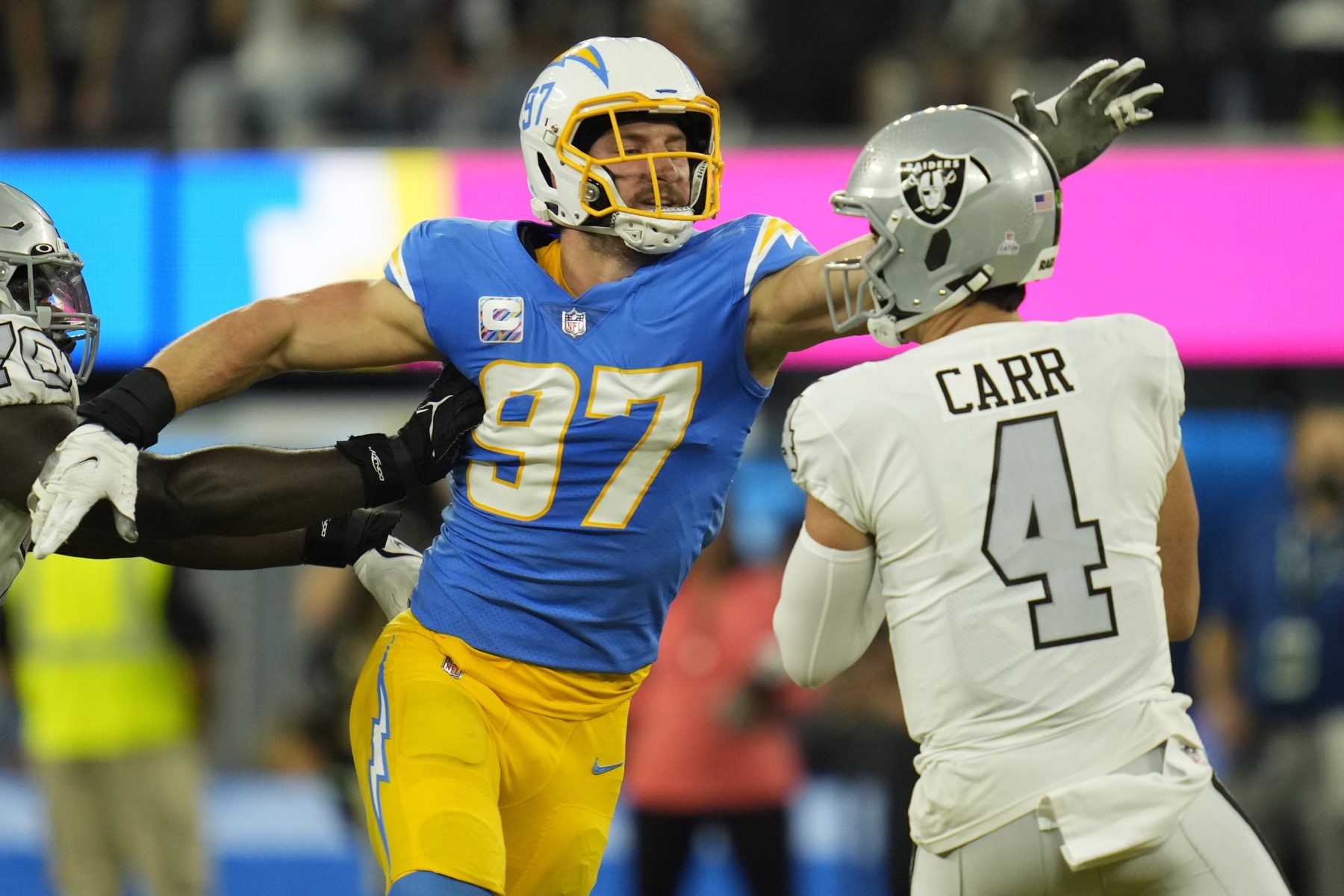 On Monday, the Los Angeles Chargers improved to 3-1 with an easy win over the Las Vegas Raiders, and L.A.’s defense was the key.

Raiders quarterback Derek Carr was held in check for most of the contest, and Chargers defensive end Joey Bosa felt that getting physical with him got the job done.

Joey Bosa on Carr: "We knew once we hit him a few times, he really gets shook. And you saw on (Covington's) sack, he was pretty much curling into a ball before we even got back there. Great dude, great player…but we know once you get pressure on him, he kind of shuts down."

Las Vegas was undefeated coming into Monday’s game, and Carr was starting to look like one of the better quarterbacks this season.

However, he looked fairly pedestrian against L.A., completing only 21 of 34 pass attempts, which included an interception.

The Raiders looked particularly bad in the first half, as they were blanked on the scoreboard by Bosa and company.

On the other side of the football, Justin Herbert showed a national audience why he is one of the best young QBs in the NFL. The second-year man completed 25 of 38 passes and threw for three touchdowns and zero picks.

The Raiders and Chargers are now in a three-way tie with the Denver Broncos for first place in the AFC West. Surprisingly, the defending conference champion Kansas City Chiefs are pulling up the rear.