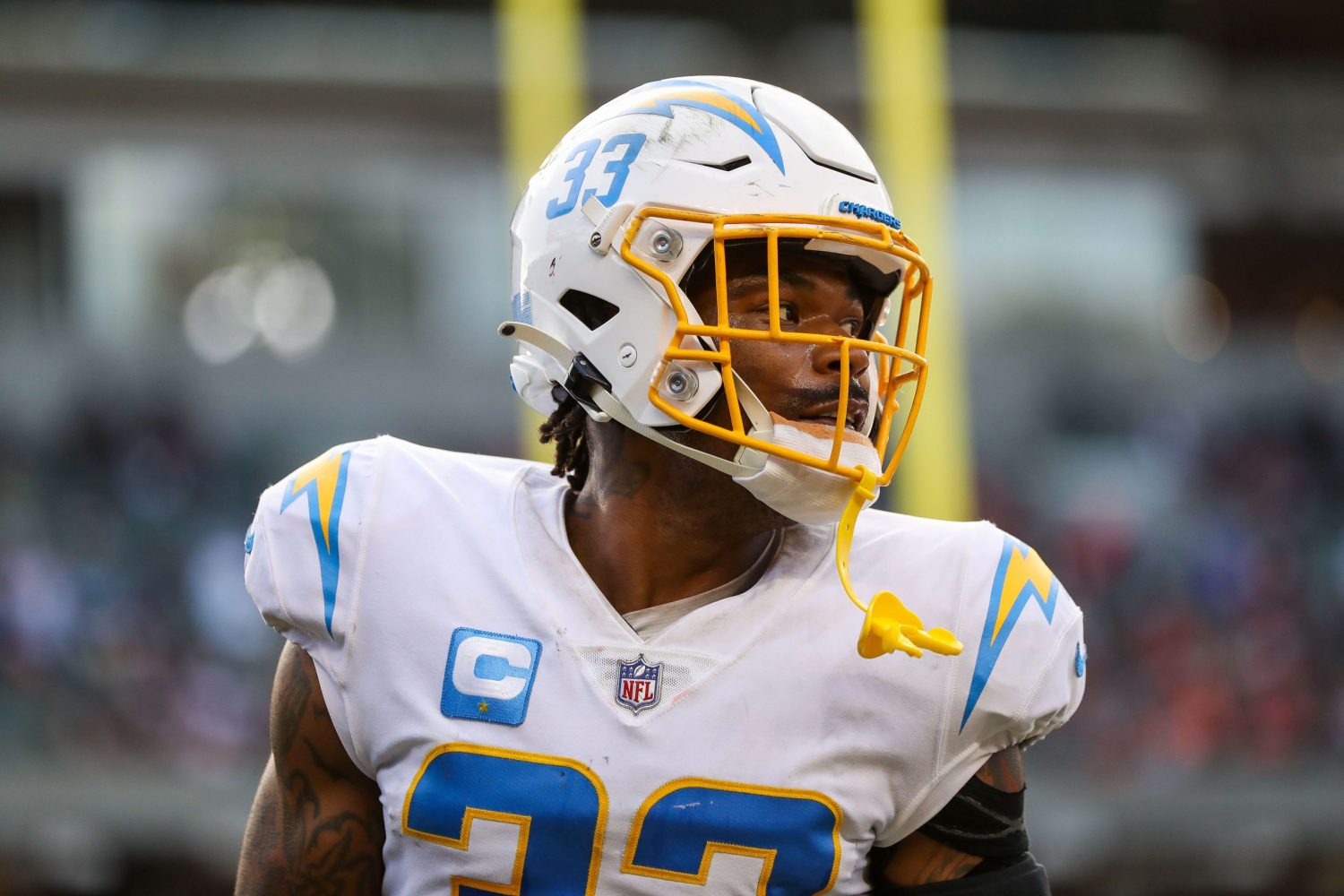 The Los Angeles Chargers and star safety Derwin James reportedly are “cautiously optimistic” that they will agree to a contract extension prior to the start of the 2022 regular season.

The Chargers and safety Derwin James are "cautiously optimistic" they will agree on a long-term extension before the start of the regular season, per a person familiar with the situation. Both sides want to get a deal done.

James is entering the final year of his contract.

James, who is one of the best safeties in the NFL, is entering the final season of his current contract after being selected in the first round of the 2018 NFL Draft by the Chargers.

The Chargers have made some major improvements to their defense this offseason, as they traded for star pass-rusher Khalil Mack and signed cornerback J.C. Jackson.

Both of those moves will make Los Angeles much more dangerous in the 2022 season, but the team undoubtedly needs to keep James for the long term.

Despite dealing with injuries early in his career, James is already a two-time Pro Bowler. He missed the entirety of the 2020 season, so James has actually only played in three seasons despite being in the league for four years.

James does a little bit of everything for the Chargers in the secondary, and he is one of cornerstones of the franchise.

With Justin Herbert leading the way on offense, the Chargers could make some noise in the AFC this coming season. Los Angeles missed the playoffs last season after losing to the Las Vegas Raiders in their final game of the year.

If the Chargers can agree to a long-term deal with James prior to the season, they will surely be contenders for the next couple of seasons.