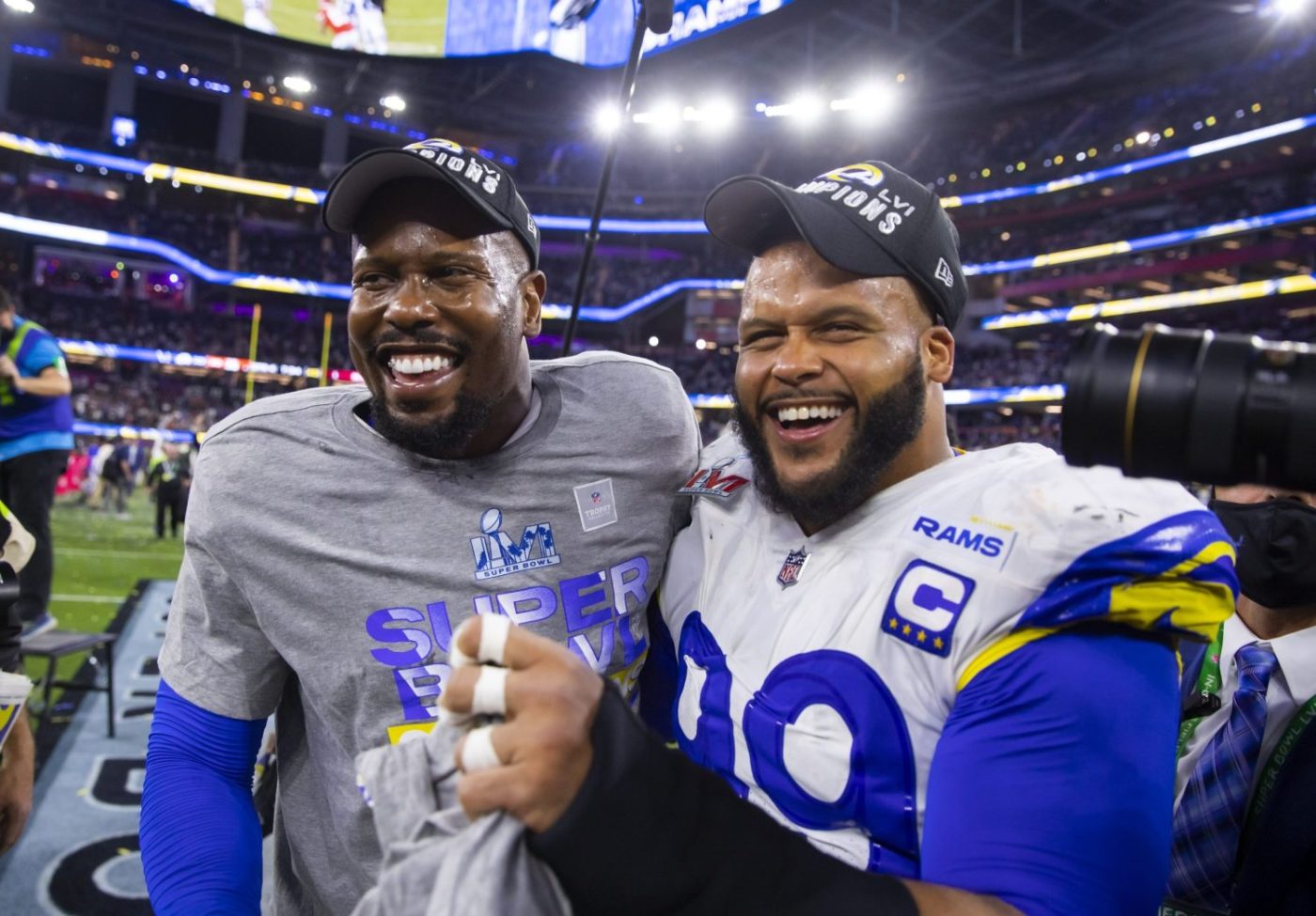 The Los Angeles Rams are still celebrating their recent Super Bowl victory, and defensive star Aaron Donald is already thinking about going for another championship next season.

Donald was recently asked about his interest in running it back next season. He made it clear that he wants to field the same team next year and go for a second straight NFL title.

“We bring everybody back, I’m back,” Donald told TMZ. Odell Beckham [Jr.], Von Miller, we bring them guys back, let’s make it happen.”

The Rams spent a lot of money and traded tons of assets to create something of a superteam. Beckham and Miller were both brought to L.A. to try to help the Rams win a Super Bowl, and both players had major impacts in their team’s win over the Cincinnati Bengals.

However, even if neither of those players are back in L.A. for next season, it would be a shock to many if Donald did not return. First of all, he is widely considered to be the best defensive player in the NFL right now. He is making a case to earn the reputation of being the greatest defensive player of all time.

On top of that, Donald is currently signed through the 2024 season.

Perhaps the one reason why his future is up in the air at all is because there had been rumblings about a possible early retirement by the star leading up to the Super Bowl.

Former NFL star and current analyst Rodney Harrison revealed that Donald told him that he would consider retiring if the Rams won the Super Bowl.

“If he wins a Super Bowl, there’s a strong possibility that he could walk away from the game and retire,” Harrison said.

Now that the Rams have won, it will be interesting to see if this conversation continues into the offseason.

It seems like Donald is making it clear, however, that if the Rams can bring back the roster from the 2021 season, he’ll be happy to help them challenge for another Super Bowl trophy.