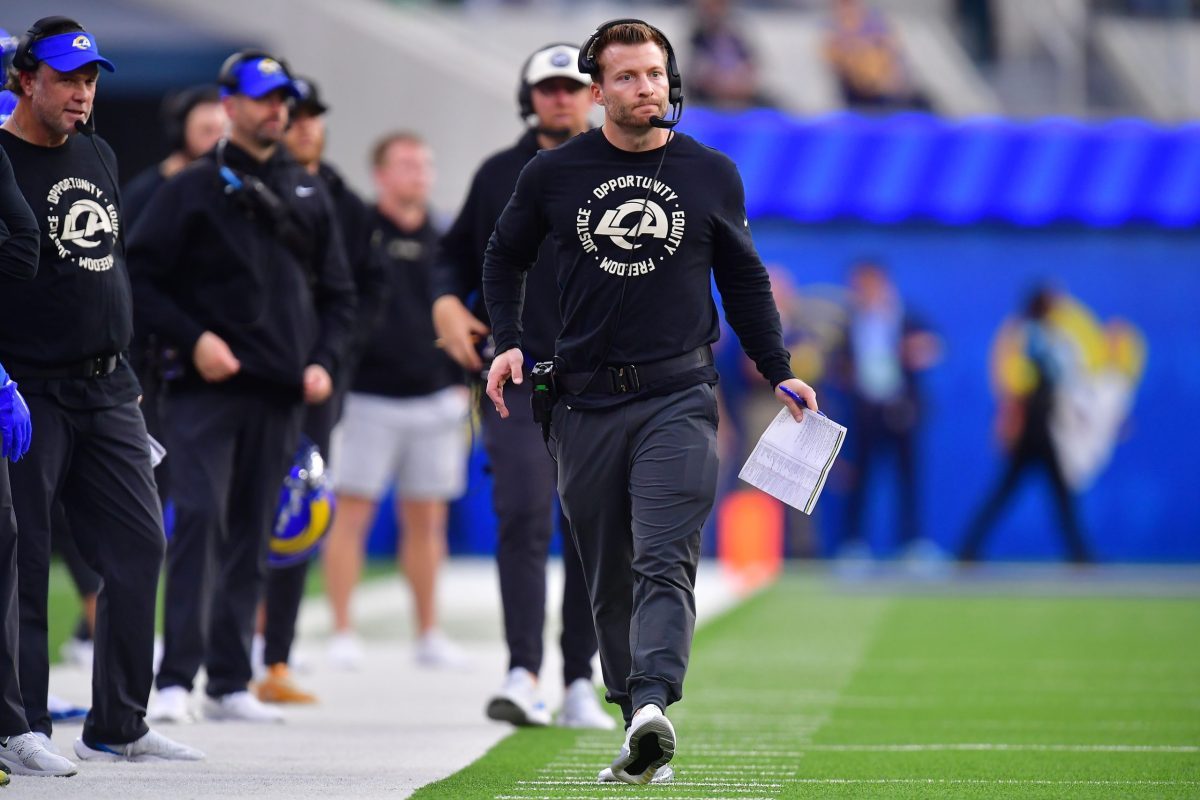 Sean McVay’s time with the Los Angeles Rams could be coming to an end, and Fox Sports reporter Jay Glazer said that some people inside the organization would be more surprised if the young coach opted to remain with the team this coming offseason than if he left.

How many coaching changes will we see this offseason?@JayGlazer tells us what we can expect ⬇️ pic.twitter.com/mK5Zx1aBQ5

“I don’t think he’s going to take a long time to make his decision,” Glazer said. “People inside the building, when you talk to them, they’d be more surprised if he came back than if he left.”

This season has been quite a disappointment for the McVay and the Rams. At 5-11, the team has already been eliminated from playoff contention. Its record also marks the first time that Los Angeles will finish a campaign with a losing record under McVay.

Some fans are probably hoping that the partnership between the franchise and its coach will continue despite how the 2022 season has turned out. After all, the losses have mainly come because of the injuries that have decimated the roster all campaign long. But, it is looking more and more like the team will have to find another coach in the offseason.

Replacing McVay would be a tall order because of how successful he has been in past years. When he took over in 2017, the Ohio native immediately transformed a cellar dweller into a playoff contender.

Los Angeles reached the 2018 playoffs where it was defeated by the Atlanta Falcons in the first round. Despite the early postseason elimination, the Rams had a successful campaign. McVay took home the NFL Coach of the Year award that season after ending the team’s playoff drought that began in 2005.

The following season, McVay led the organization to the Super Bowl, marking the first time since 1984 that a team from the City of Angels played in the championship game. Unfortunately, the New England Patriots broke the hearts of Rams fans, defeating the team in a low-scoring affair.

In the 2021 campaign, the Rams made it back to the Super Bowl and took care of business against the Cincinnati Bengals to bring home the second title in franchise history.

Only time will tell if McVay will still helm the Rams next season.