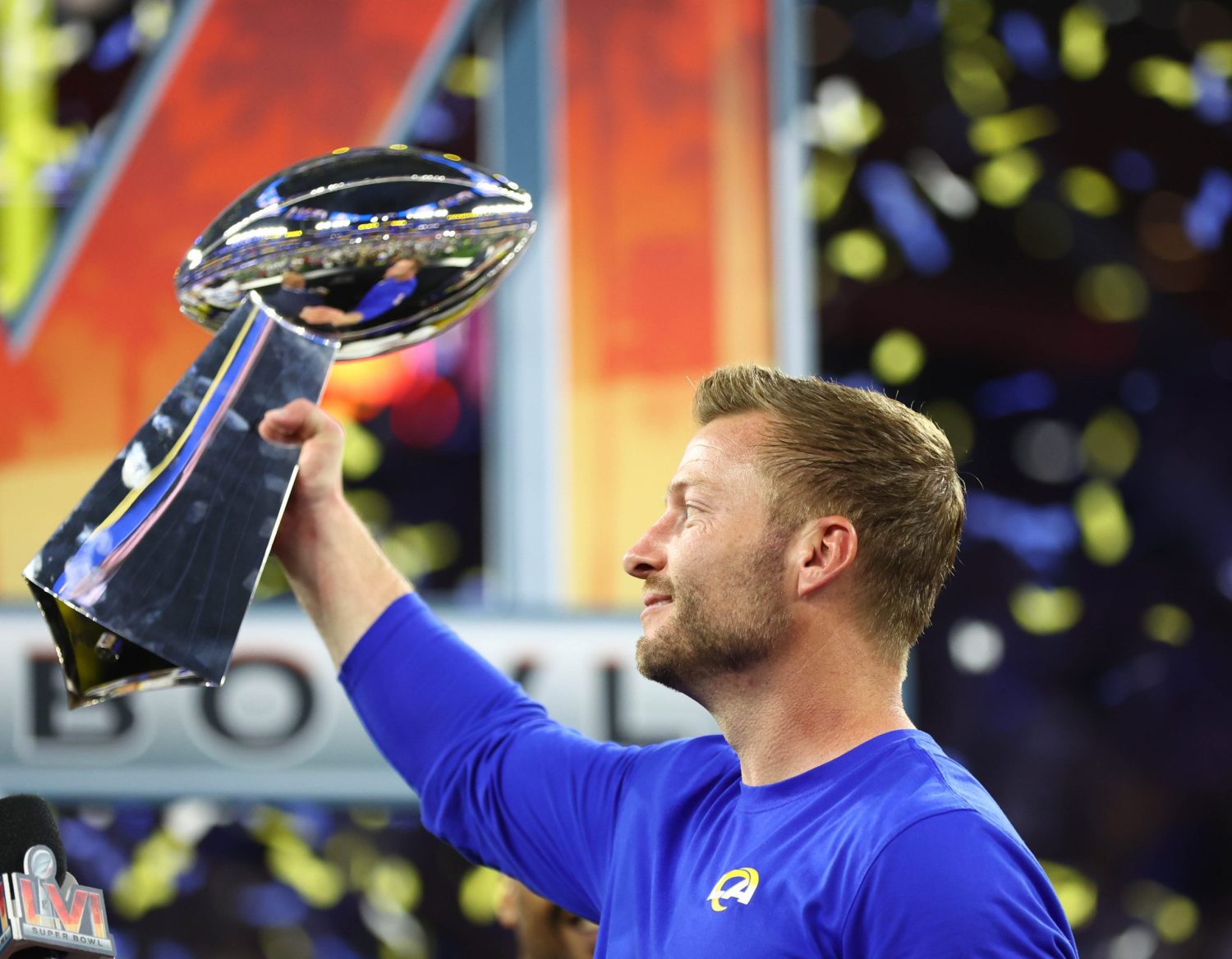 However, despite being just 36 years of age, it seems like there’s a chance that McVay is already ready for a new challenge. He offered a very noncommittal response when asked about his future with the Rams.

“Is the party already over?” wrote Dylan Hernandez of the Los Angeles Times.

“The Rams were only a handful of hours removed from a Super Bowl LVI celebration that extended into Monday morning when coach Sean McVay said two words with potentially alarming implications for their future: ‘We’ll see.’

“That was McVay’s response to The Los Angeles Times when asked whether he would return to coach the Rams next season.

“Regarding speculation he could retire, or take a break, from coaching to take a job as a broadcaster, McVay said, ‘I’m just enjoying this moment right now. I’m really happy to be a part of this. Happy for that.’

“McVay, 36, acknowledged the championship he won Sunday would make it easier for him to walk away when he determines it’s the right time to do so.

“‘I think you could definitely say that,’ McVay said.”

McVay has been the Rams’ head coach for five seasons. The organization has seen plenty of success under his leadership. As L.A.’s head coach, he owns a 55-26 record in the regular season, and he obviously sweetened the deal by delivering the team a Super Bowl title over the weekend.

If McVay were to leave the Rams this offseason, it would certainly be a big loss for the organization. It’s also worth noting that many coveted head-coaching candidates have already found new jobs in recent weeks, so the Rams would find themselves in a unique situation if they had to conduct a search for a new head coach.

Ultimately, only time will tell what McVay’s future holds. While he just accomplished perhaps the biggest goal of his NFL career, there’s always a chance that he decides to come back for more. The Rams are surely hoping that’s the case.

This will be a very interesting story to monitor throughout the NFL offseason. Football fans now have a lot of waiting to do until the 2022 campaign rolls around.