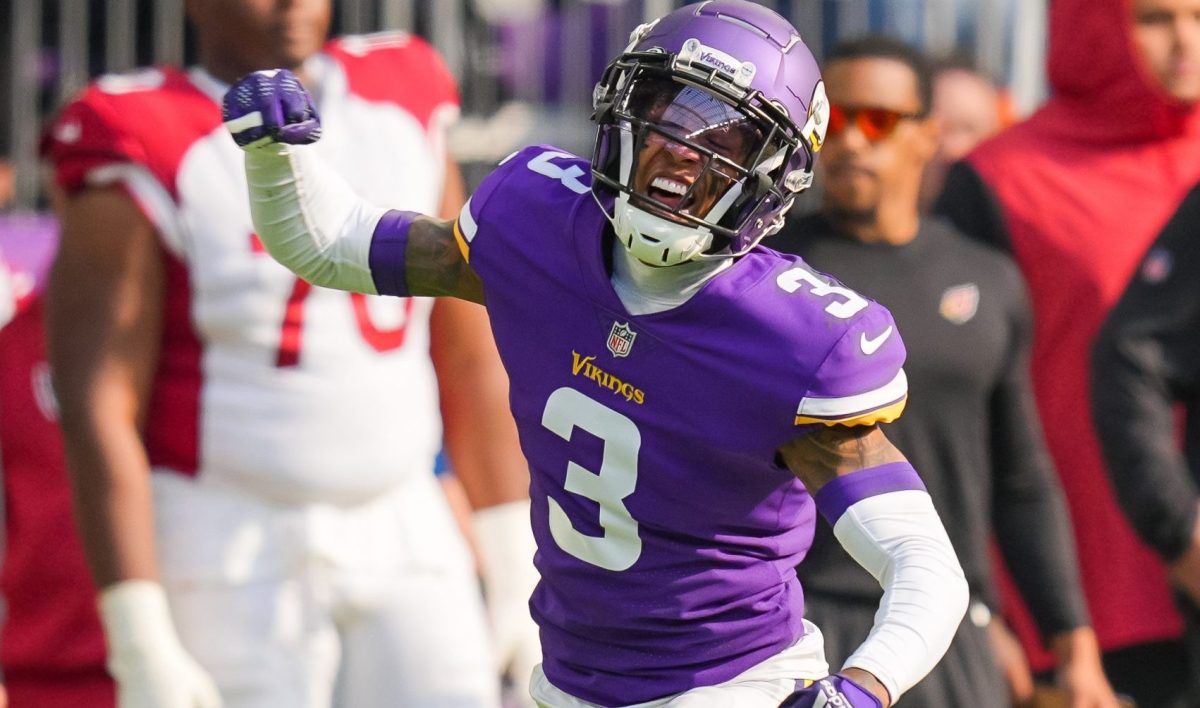 Just one day before taking on the high-powered Buffalo Bills, the Minnesota Vikings have placed starting cornerback Cameron Dantzler on injured reserve.

The Vikings are one of the biggest pleasant surprises of the 2022 NFL season and are currently 7-1 on the campaign.

The #Vikings are placing CB Cam Dantzler on Injured Reserve, knocking him out four games because of an ankle injury, source said. He’s expected back this season.

The good news, as the report indicates, is that Dantzler is expected to return for the Vikings later this season. His spot on injured reserve will keep him off the field for at least four weeks. Surely, the hope is that he’ll be good to go after that extended time off the field.

Prior to the injury, Dantzler served as the Vikings’ starting corner opposite star Patrick Peterson. In eight games, Dantzler has recorded four passes defended, one forced fumble, one fumble recovery and 45 combined tackles.

His highlight of the season so far came in a win against the Vikings’ division rival Chicago Bears. With the game in the balance, Dantzler stripped the ball and effectively iced the game.

Evans replaced Dantzler when he went down with the injury last week versus the Washington Commanders and had a key breakup during a Commanders fourth-down attempt.

Really encouraging performance from Akayleb Evans today. Two TFLs, another really impressive tackle in space vs a RB on a stretch run, didn't give up a catch all game — including coming away with this PBU on 4th & 1:pic.twitter.com/o3CqHaZg10

As for Booth, he was widely considered to be one of the most talented cornerbacks in the 2022 draft class, but injury concerns allowed the Vikings to snag him with the No. 42 overall pick.

Though the injury to Dantzler is certainly a tough draw for the Vikings, it does allow the coaching staff to see what it has in its two promising rookies.

As for the Bills, they’re facing some pretty serious injury questions as well. Defenders Jordan Poyer and Greg Rousseau have already been ruled out for the game, and star quarterback Josh Allen’s status is still murky as well.

Allen suffered an injury to his throwing arm in Bills’ surprise 20-17 loss to the New York Jets last week.

The reality is that at this point of every NFL season, basically every team is dealing with injuries. When it comes to teams like the Bills and Vikings, that not only have playoff aspirations, but also Super Bowl hopes, the way in which they handle those injuries can have a massive impact on where their seasons ultimately go.

Despite the injuries to both teams, Sunday’s game should be a fantastic one.