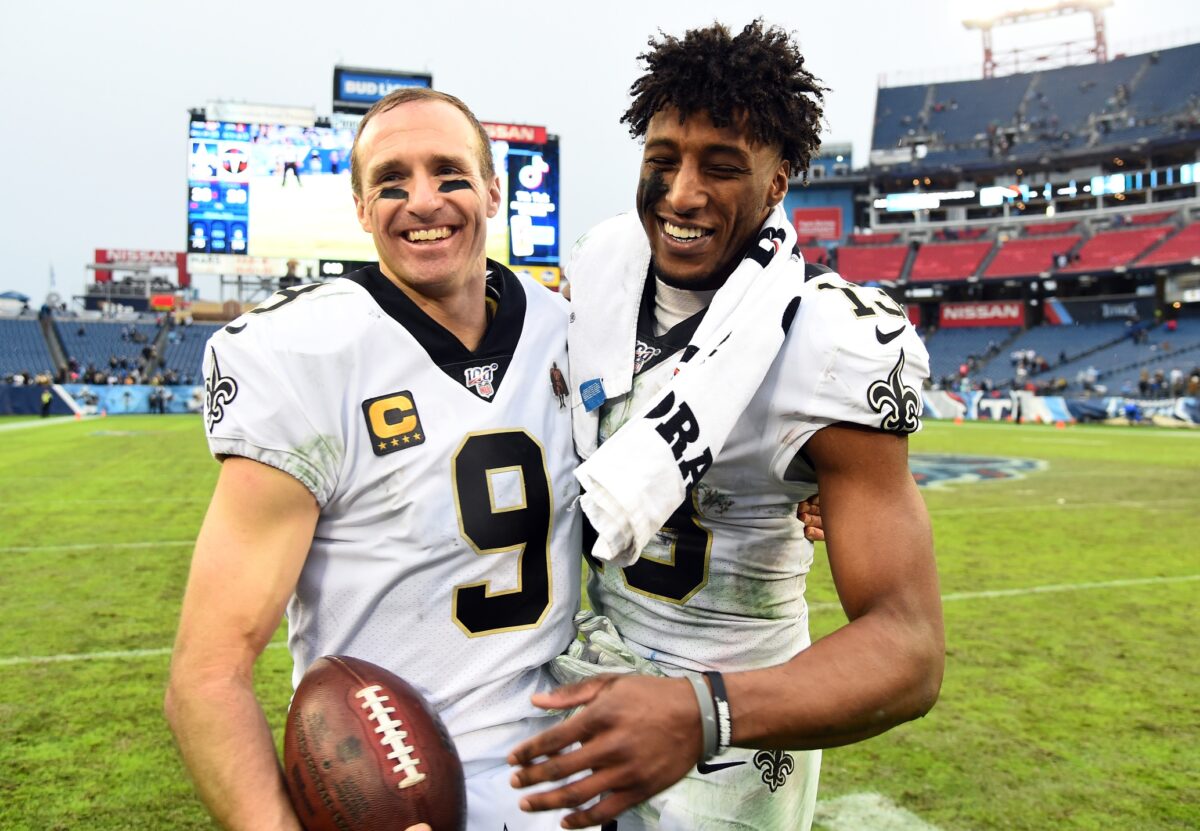 Thomas reportedly considered the fact that it was likely quarterback Drew Brees’ final season in the NFL and tried to play through the injury for him.

Saints’ WR Michael Thomas is likely to have surgeries on both the torn deltoid and other injured ligaments in his high ankle this offseason, per source. He knew it was likely Drew Brees’ last year and didn’t want to miss out trying win a Super Bowl with him.

Thomas was held without a catch in the Saints’ playoff loss to the Tampa Bay Buccaneers on Sunday.

Due to injury, Thomas appeared in just seven regular season games this season.

He caught just 40 passes for 438 yards. He also failed to catch a touchdown pass this season.

The Saints will hope that Thomas can get healthy for next year as they will likely have a new quarterback under center for the 2021 campaign.

New Orleans has been a staple in the NFL playoffs, but it has not been able to make a Super Bowl appearance since it won the title back in 2010.