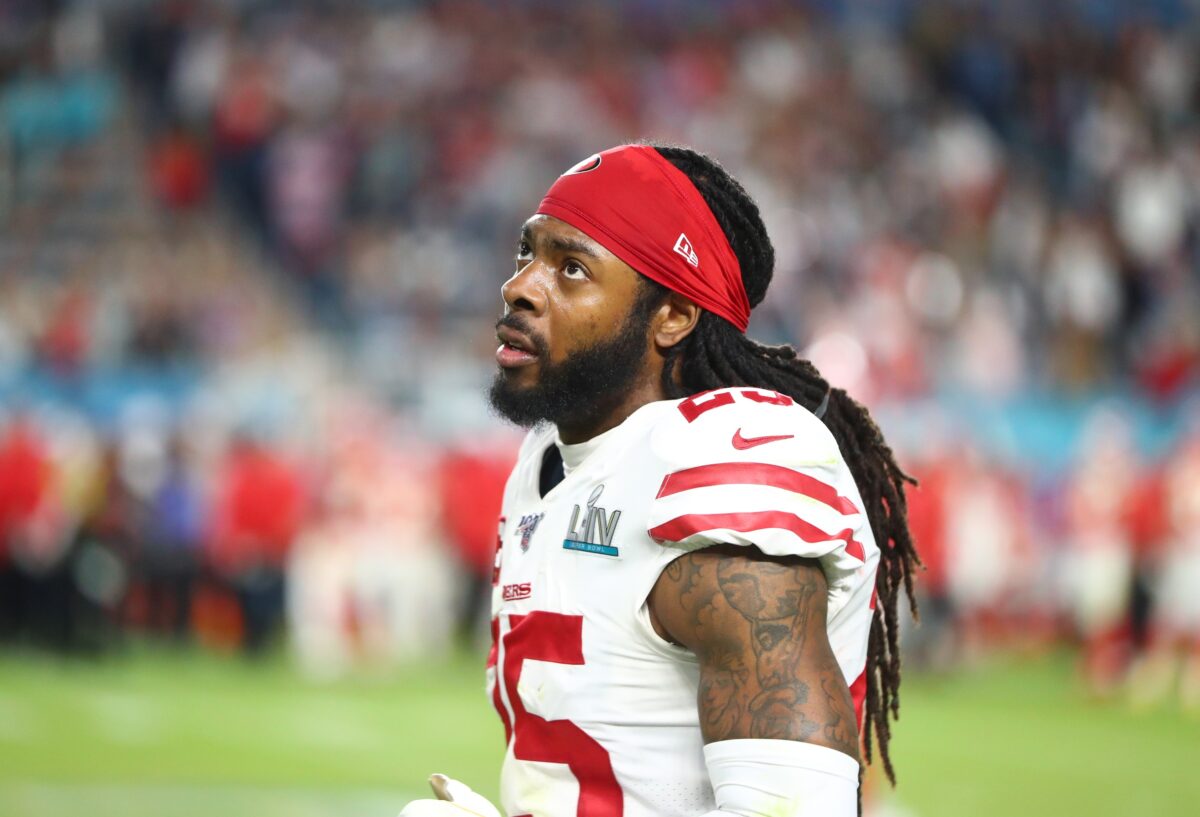 The New Orleans Saints reportedly are eyeing free agent cornerback Richard Sherman to fill their hole at corner after they released Janoris Jenkins this offseason.

Sherman, 32, spent the past three seasons with the San Francisco 49ers.

The #Saints are among the teams expressing interest in five-time Pro Bowl CB Richard Sherman, per sources. Sherman’s old DBs coach in Seattle, Kris Richard, now has the same job in New Orleans and the team is in the cornerback market after releasing Janoris Jenkins.

Last season, Sherman was derailed by injuries and appeared in just five games. He recorded one interception.

The veteran corner received a 67.7 grade from Pro Football Focus for his play last season, but the Saints may be banking on Sherman’s ability to get back to his old self in 2021.

Sherman is a five-time Pro Bowler and has intercepted 36 passes over his 10-year career.

The Saints are hoping to bolster their defense after quarterback Drew Brees retired earlier this offseason.

Sherman could pair nicely with Marshon Lattimore in the Saints secondary.