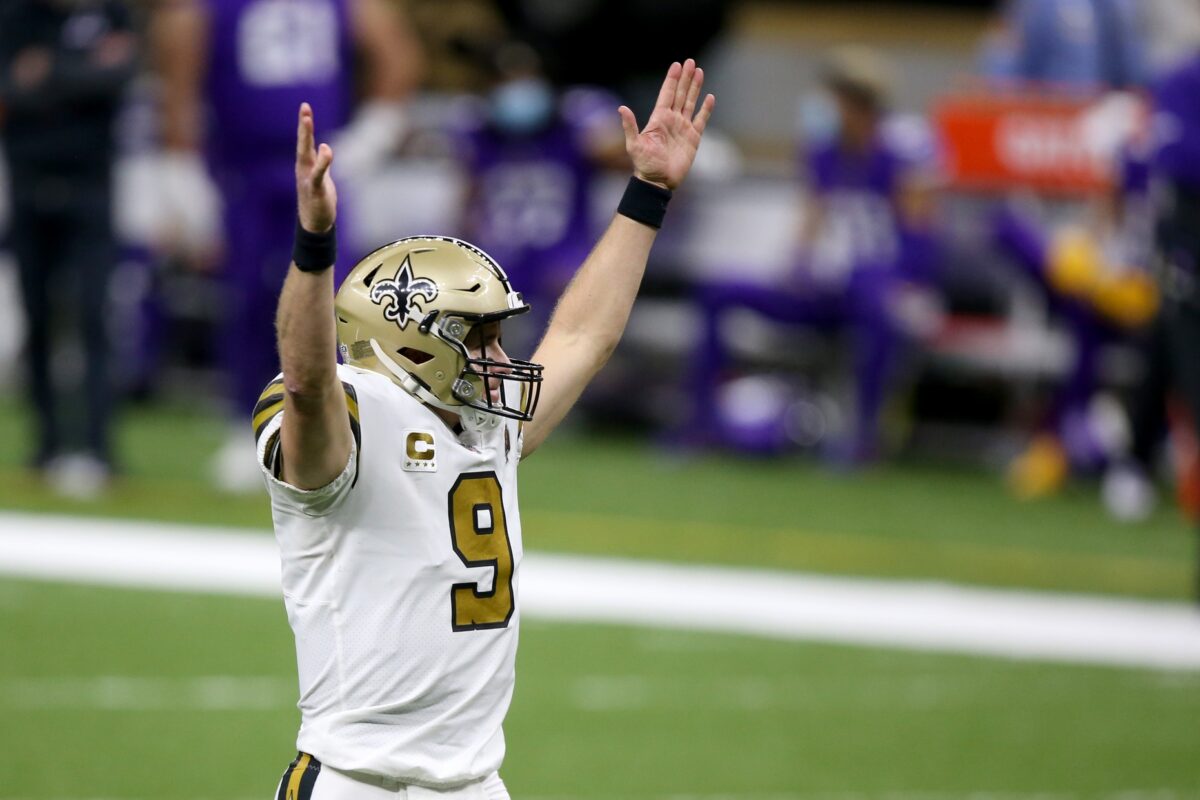 “Everybody expects” that Drew Brees will retire after this season, per @AdamSchefter pic.twitter.com/gHRTa5mr1n

Brees, 41, has played in 20 NFL seasons, but it looks like the veteran quarterback is ready to hang it up.

This season, Brees has not been his usual self and suffered multiple fractured ribs that forced him to miss games.

He has thrown for just 21 touchdowns and 2,741 yards through 11 games this season.

The Saints have Taysom Hill and Jameis Winston as potential replacements on their roster for next season.

Brees will finish his career as one of the greatest quarterbacks of all time.

He is currently the NFL’s all-time leader in passing yards with 80,157. In addition, Brees is second all time in touchdown passes with 568, trailing only Tom Brady.

Brees is a 13-time Pro Bowler and a one-time Super Bowl champion. He will look to add to that resume this postseason.