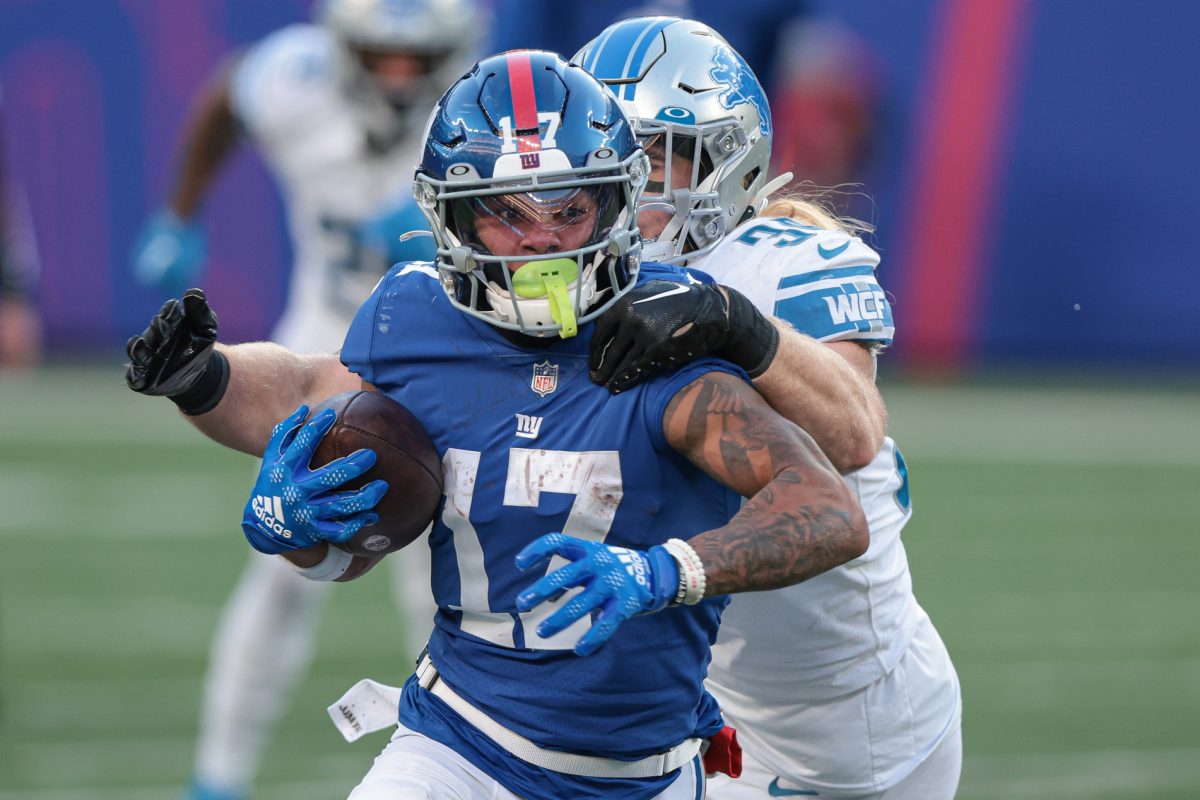 The New York Giants had a rough day on Sunday, as they lost to the Detroit Lions by a score of 31-18. To make matters worse, promising rookie receiver Wan’Dale Robinson reportedly suffered a torn ACL in the contest and is now set to miss the rest of the 2022 season.

#Giants WR Wan'Dale Robinson tore his ACL and his season is over. A promising rookie year cut short.

Robinson wasn’t the only Giants player to leave Sunday’s game as Adoree’ Jackson and Fabian Moreau also left the match. The fact that so many players left the game with injuries is concerning, especially since the team has a quick turnaround for Week 12.

New York is set to travel to Texas to take on the Dallas Cowboys on Thursday afternoon in what will surely be a heated contest. The Giants and Cowboys are both two games behind the Philadelphia Eagles, who are 9-1 after beating the Indianapolis Colts on Sunday.

The University of Kentucky product being out for the season is definitely a big blow to the Giants offense. It has already struggled to put up points in bunches this season, and now it is down a dangerous weapon. Robinson finishes his rookie season with 23 catches for 227 yards and one touchdown.

Players like Darius Slayton and Ritchie James will need to pick up the slack in Robinson’s absence. James, who has dealt with some ball security issues this season, actually caught three passes for 48 yards and one score against the Lions.

The injury to Robinson might also open up some more playing time for Kenny Golladay, who has effectively been frozen out of the team completely this season.

He signed a big deal with the Giants before Joe Schoen and Brian Daboll joined the organization, so it’s certainly possible that he doesn’t fit into their plans. However, Daboll may be forced to utilize him a bit more now.

New York has five divisional games left on its schedule and is also set to face off against the Minnesota Vikings and Colts. The Giants are currently in a nice spot in the NFC playoff race, but they’ll surely want to solidify their standing in the coming weeks.